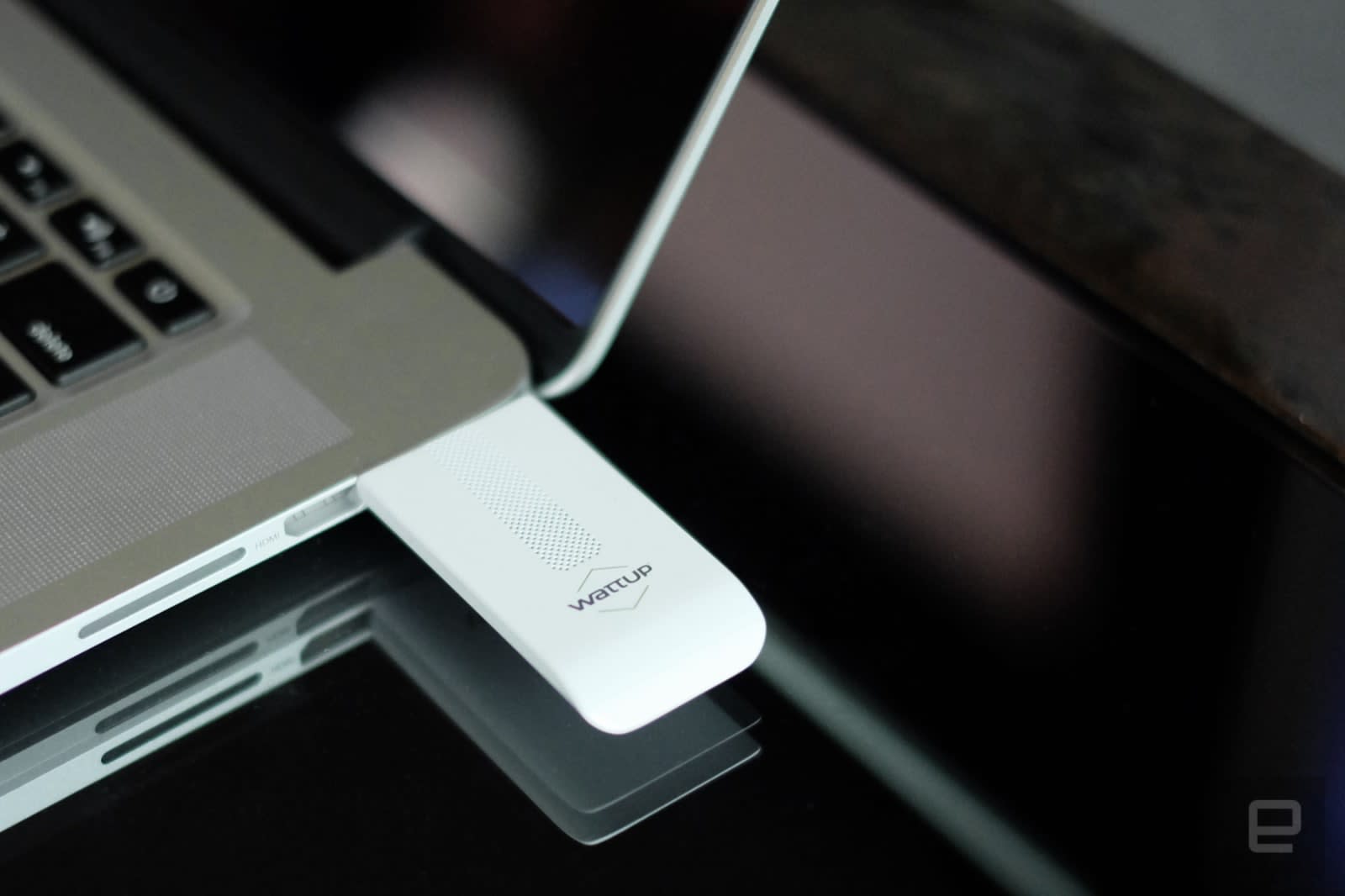 Charging your mobile device wirelessly is certainly less of a hassle than plugging it in, but still requires the device be in physical contact with its station to actually work. That's about to change now that the Federal Communications Commission has approved the first wireless charger that works from up to three feet away.

San Jose-based startup, Energous, announced on Tuesday that it has received the first such FCC certification for power-at-a-distance wireless charging with its WattUp Mid Field transmitter. The transmitter converts electricity into radio frequencies, then beams the energy to nearby devices outfitted with a corresponding receiver. This differs from the resonant induction method that the Pi wireless charging system relies upon and offers a greater range than the Belkin and Mophie chargers that require physical contact with the device.

The WattUp can charge multiple devices simultaneously and should work on any number of devices, from phones and tablets to keyboards and earbuds, so long as they're outfitted with the right receiver. What's more, the WattUp ecosystem is manufacturer-agnostic -- like WiFi -- meaning that you'll still be able to, for example, charge your Samsung phone even if the transmitter is made by Sony or Apple.

While Energous does not have any retail-ready devices available just yet, the company does plan to show off the new technology at CES 2018, which runs January 9th-12th in Las Vegas.

In this article: Energous, gadgetry, gadgets, gear, WattUp, WirelessCharging
All products recommended by Engadget are selected by our editorial team, independent of our parent company. Some of our stories include affiliate links. If you buy something through one of these links, we may earn an affiliate commission.