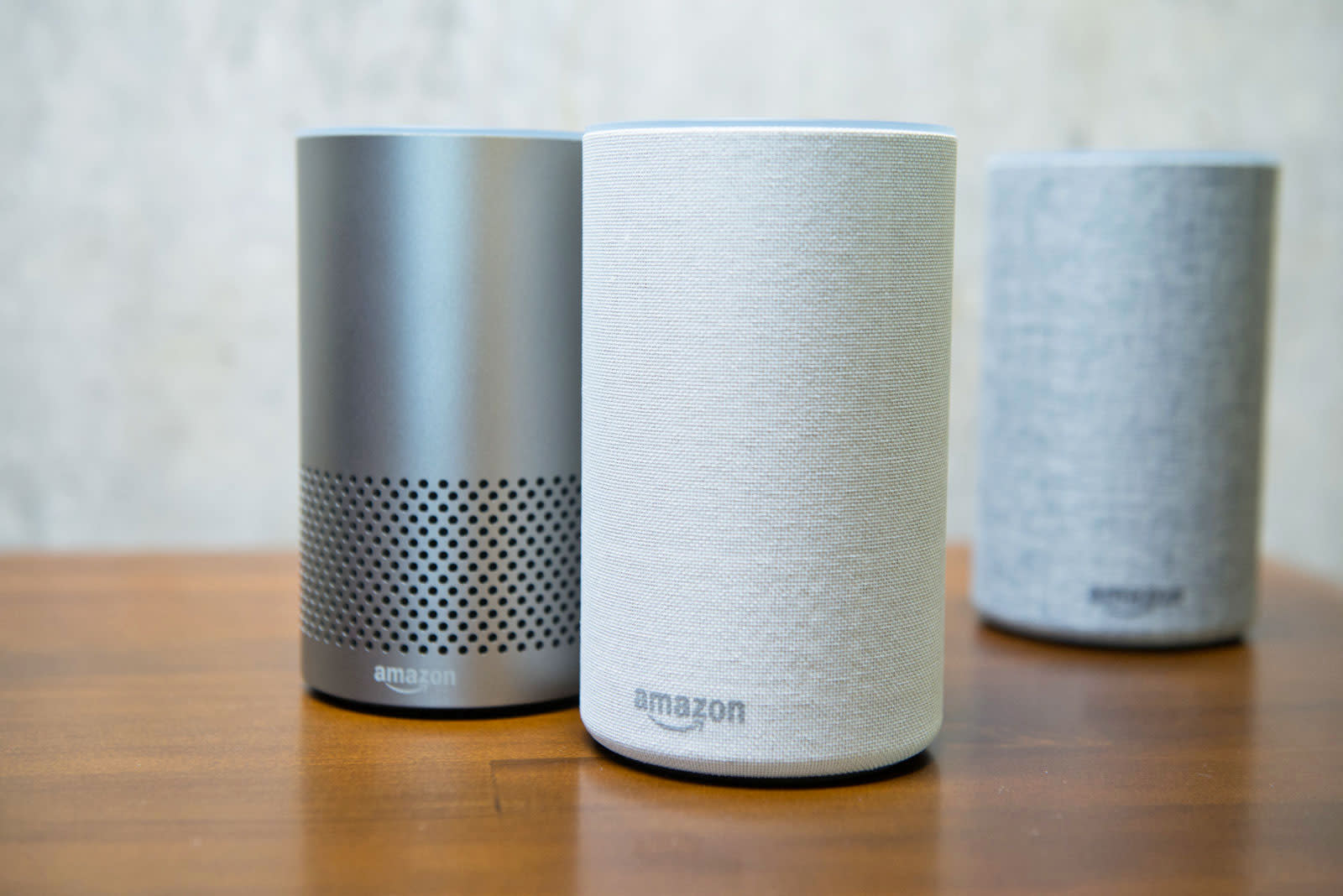 Last week, CNBC reported that Amazon had big plans for its online ad business in 2018 and was looking into moving its advertisements beyond its own sites and products. Now it appears that Amazon is also interested in placing more ads on Alexa, according to CNBC sources.

The company has reportedly been talking to major retailers like Procter & Gamble and Clorox and has been sussing out whether potential clients would be willing to pay to have their products placed higher in user searches done via Echo devices. There are apparently a number of promotional options on the table right now and CNBC says a few are already being tested. For example, users who previously bought Clorox product Pine-Sol may get an Alexa suggestion to buy another Clorox product, such as disinfecting wipes. Another ad option might be to have Alexa suggest a certain brand's products when a user asks the virtual assistant for help cleaning a particular mess.

Amazon's rules currently limit what kinds of ads can be delivered through Alexa. In its developer guidelines, Amazon says, "Streaming music, streaming radio, podcast, and flash briefing skills may include audio advertisements as long as (1) the advertisements do not use Alexa's voice or a similar voice, refer to Alexa, or imitate Alexa interactions and (2) the skill does not include more or materially different advertising than is included when the same or similar content is made available outside of Alexa." Last year, VoiceLabs started offering advertisements that allowed developers to monetize their Alexa skills, but after Amazon changed its Alexa ad policies, the company was forced to stop selling its Sponsored Messages.

As more and more users turn to voice searching when shopping, assistants like Alexa stand to become major advertising opportunities and potential money makers for the companies that develop them. It's not surprising Amazon wants to take advantage of it, it's maybe more surprising that it took this long.

Update: Despite what CNBC's sources have said, an Amazon spokesperson has told us that there are currently no plans to add advertising to Alexa.

In this article: advertising, alexa, amazon, business, clorox, echo, gadgetry, gadgets, gear, ProcterAndGamble, services, VirtualAssistant
All products recommended by Engadget are selected by our editorial team, independent of our parent company. Some of our stories include affiliate links. If you buy something through one of these links, we may earn an affiliate commission.