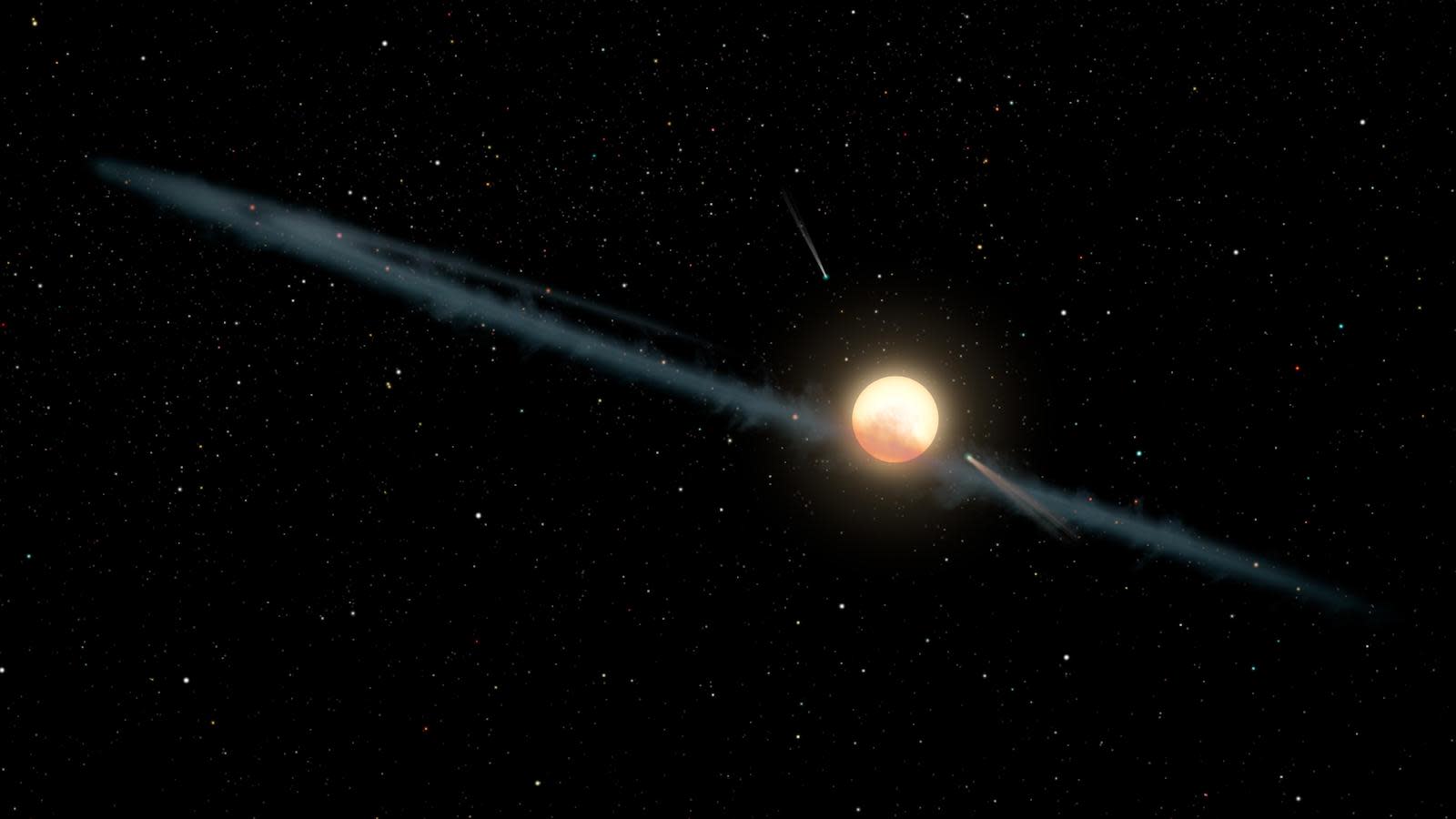 Tabby's Star, also known as KIC 8462852, is quite a mystery. Located about 1,280 light-years from Earth, the star puts on an interesting light show every now and then, dimming and brightening at unpredictable times. While many theories have been put forward as to what could be causing the changes in brightness, -- which can dip by up to 22 percent -- theories that include an alien megastructure, researchers haven't been able to get any solid data to explain the phenomenon. However, Louisiana State University researcher Tabetha Boyajian, who the star is named after, launched a Kickstarter campaign in May of 2016 with the goal of raising funds for a long-term observation of the star. The funds were raised and a new paper published in the Astrophysical Journal Letters presents the work of over 200 researchers who observed the star from 2015 through last year.

Last May, after beginning regular monitoring of the star in March of 2016, the researchers finally spotted the star's characteristic dipping in brightness and ultimately observed four major episodes of dimming. While they weren't able to determine what exactly is causing the dips, the researchers were able to rule out quite a few theories with the data they collected. And I'm sorry to disappoint those who were rooting for it to be an alien megastructure, but it's almost certainly not that. If a solid, opaque structure was causing the changes in brightness, those changes should be consistent across all wavelengths of light, but that wasn't the case. "Dust is most likely the reason why the star's light appears to dim and brighten. The new data shows that different colors of light are being blocked at different intensities. Therefore, whatever is passing between us and the star is not opaque, as would be expected from a planet or alien megastructure," Boyajian said in a statement.

Observations of the dimming events were made with a number of different telescopes around the world, resulting in a flood of data. "It's exciting. I am so appreciative of all of the people who have contributed to this in the past year -- the citizen scientists and professional astronomers. It's quite humbling to have all of these people contributing in various ways to help figure it out," said Boyajian.

Jason Wright, a Penn State assistant professor and a researcher on the project, says that though these findings narrow the possibilities of what's causing the dimming, there are still a few on the table. "This latest research rules out alien megastructures, but it raises the plausibility of other phenomena being behind the dimming," Wright said in a statement. "There are models involving circumstellar material -- like exocomets, which were Boyajian's team's original hypothesis -- which seem to be consistent with the data we have." He also says it's possible that the star isn't being blocked by anything but is itself getting dimmer at certain times.

This is just the first paper to come out of the observations and it focused on the first dimming event of the four. Future papers will discuss the findings of the other three dimming events. You can check out the study over at arXiv.