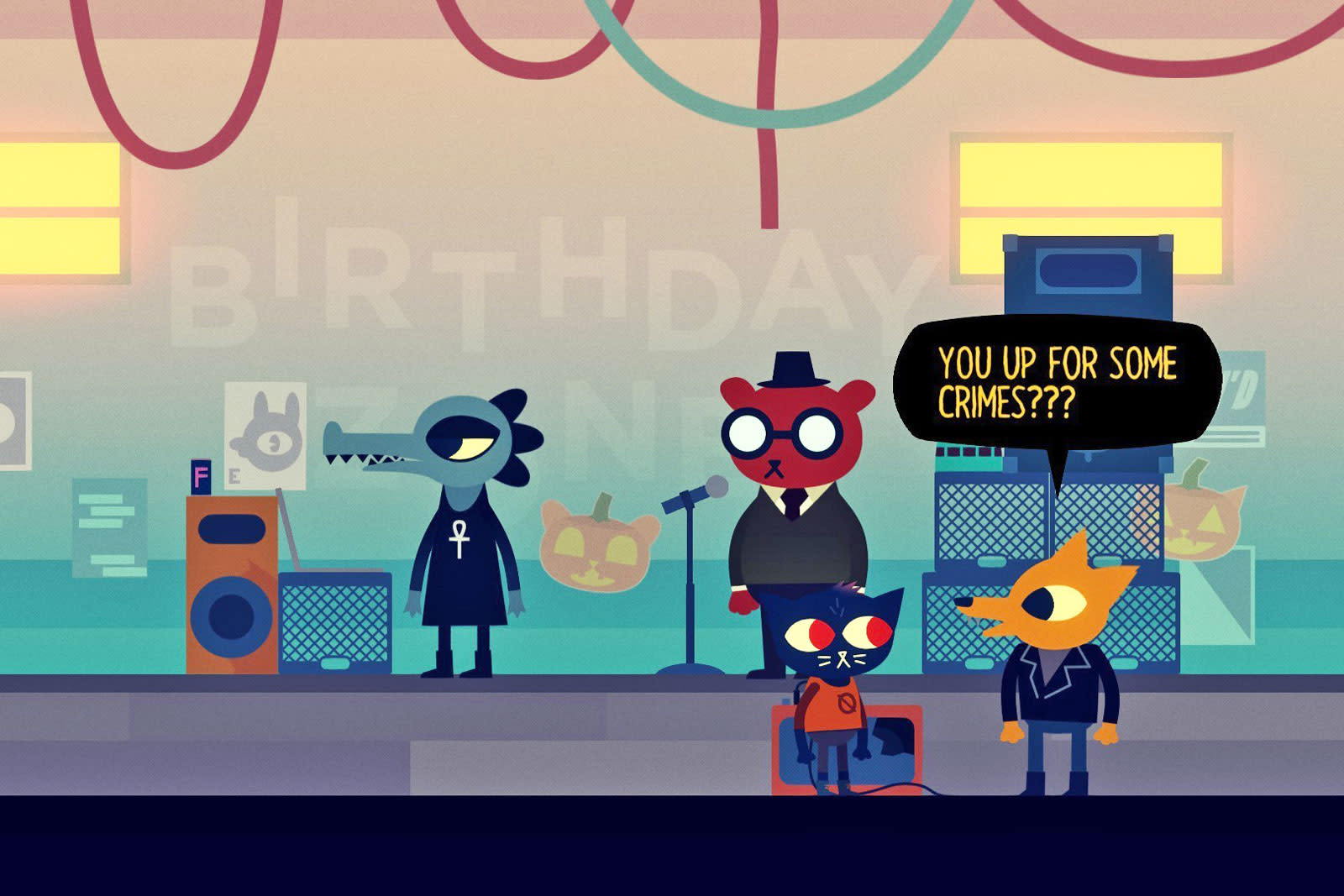 The Independent Games Festival has revealed the finalists for its 2018 awards, and this year there are a few definite favorites. Infinite Fall's relentlessly witty adventure Night in the Woods is on the short list for not just the Seumas McNally grand prize, but also the narrative and visual art prizes. And to no one's surprise, StudioMDHR's almost fanatical devotion to classic cartoons in Cuphead has earned it some nods: it's up for audio and visual art prizes in addition to getting an honorable mention for the grand prize.

A few other games make repeated appearances. The ridiculously silly Getting Over It, the rule-changing Baba is You and the turn-based strategy title Into the Breach are up for more than one award each. We'd also point to a few highly narrative-driven games making themselves known, such as the space drama Tacoma, the death-positive A Mortician's Tale and the deeper-than-it-seems dating sim Dream Daddy.

You'll have to wait until the awards take place on March 21st to find out who wins. Having said this, it's notable that some of these games had a very wide audience -- Cuphead sold over 1 million copies in just its first two weeks. While there's no certainty that a critically successful indie game will find commercial success (Microsoft's promotion of Cuphead undoubtedly gave it a boost), it's clearer than ever that developers can forego major publishers and still make it big.

In this article: av, awards, cuphead, games, gaming, igf, independentgamesfestival, nightinthewoods, personal computing, personalcomputing, tacoma, videogames
All products recommended by Engadget are selected by our editorial team, independent of our parent company. Some of our stories include affiliate links. If you buy something through one of these links, we may earn an affiliate commission.