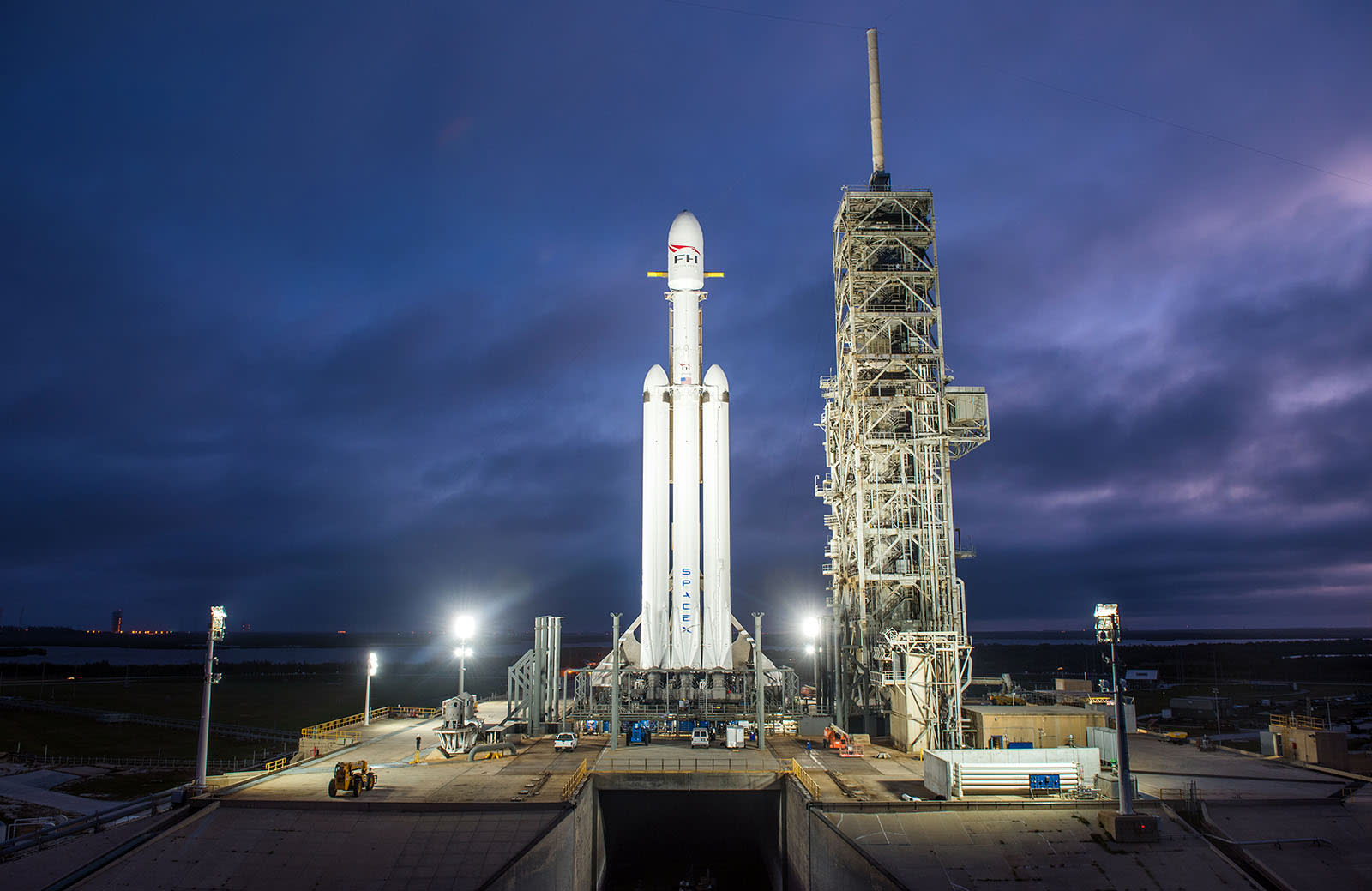 SpaceX is getting ready to launch the secret Zuma mission on January 5th, but that Falcon 9 launch is small potatoes compared to what's to come later this month. It's putting the Falcon Heavy through static firing tests ahead of its debut launch (possibly in January), with an early Tesla Roadster on board. To build up some hype, SpaceX has unveiled a drone video of the triple-booster craft perched on its test-firing pad.

With more than 5 million pounds of thrust at liftoff—equal to approximately eighteen 747 aircraft at full power—Falcon Heavy will be the most powerful operational rocket in the world by a factor of two.

The scale of the craft is pretty impressive, as the video clearly shows. "With more than 5 million pounds of thrust at liftoff -- equal to approximately eighteen 747 aircraft at full power -- Falcon Heavy will be the most powerful operational rocket in the world by a factor of two," SpaceX notes.

Details of the mission are still sketchy, but Musk has said that the rocket will go into a "billion year elliptic Mars orbit" with a cherry read Tesla Roadster onboard as dead weight. Why? For the lulz, of course. "Test flights of new rockets usually contain mass simulators in the form of concrete or steel blocks. That seemed extremely boring," Elon Musk wrote last month.

Before that happens, however, SpaceX will need to static fire all 27 of the Falcon Heavy's Merlin 1D engines at once for the first time. A launch will only proceed if that goes perfectly, which is certainly not a given. Even if things do go to plan, there's still a pretty good chance, Musk has said, that the Heavy and Roadster will blow up before escaping Earth's gravity.

In this article: FalconHeavy, gear, Rocket, space, SpaceX, StaticFiring, Test, video
All products recommended by Engadget are selected by our editorial team, independent of our parent company. Some of our stories include affiliate links. If you buy something through one of these links, we may earn an affiliate commission.