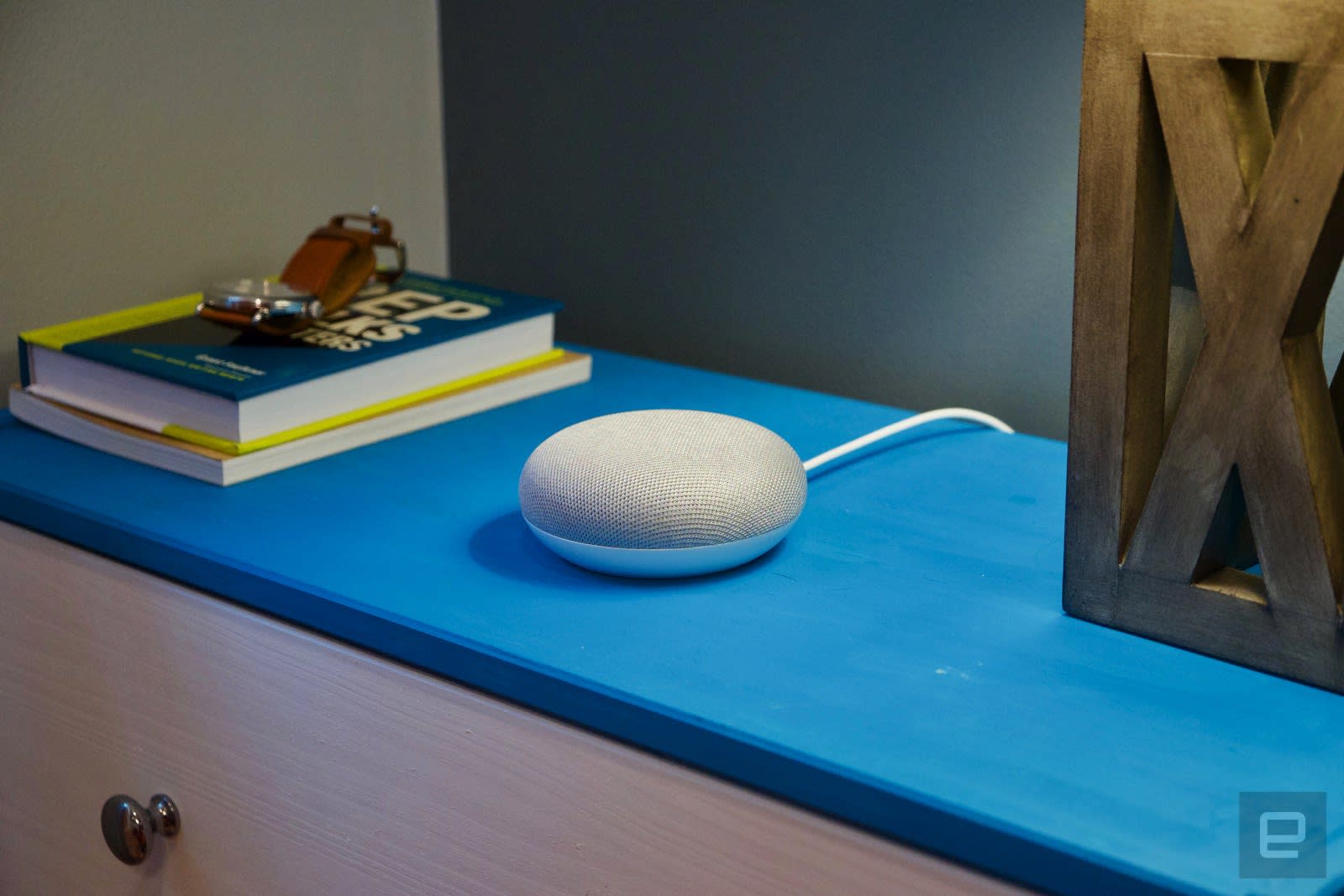 It's been difficult to gauge how well smart speakers are selling outside of unofficial estimates, but Google just provided a clearer picture. The search firm revealed that it has sold "more than one" Home speaker per second since the Home Mini started shipping on October 19th. If you perform some back-of-the-napkin math, that suggests Google sold at least 6.4 million speakers between the Mini's debut and the end of 2017. Google hasn't split those sales by device, but it's safe to say that many (if not most) were Minis.

The company added that Google Assistant is available on more than 400 million devices, including its own products as well as third-party Android phones, smart speakers, TVs and iOS devices. Also, Home usage increased a whopping nine times year-over-year during the holidays. Google didn't explain what prompted the surge, but the uptick in sales and greater familiarity no doubt helped.

As for how this compares to Amazon's Echo sales? Unfortunately, that's difficult to check. Amazon is notorious for refusing to provide sales numbers, instead relying on vague references to sales chart positions and categories like "most gifted." However, previous data suggests that Google is at least performing much better than in the past. Strategy Analytics estimated that Google shipped 1.9 million Home speakers in the third quarter (right before the Home shipped) versus Amazon's 5 million. While Amazon's Echo sales are likely to have soared during the holidays, due in no small part to an abundance of new models, Google clearly enjoyed a sales rush as well.

There's no secret as to why Google saw a spike. Just as the Echo Dot gave Amazon's device sales a boost, the Home Mini made Google's speakers considerably more affordable -- $49 is much closer to an impulse purchase than $129. And that's not factoring in a discount to $29 during the holidays. While it's virtually certain that sales will drop now that gift-giving season is over, the Mini might have been the key to turning Google from a distant runner-up in the smart speaker race to a serious contender.

In this article: ai, av, gear, google, googleassistant, googlehome, googlehomemax, googlehomemini, internet, smartspeaker, voiceassistant
All products recommended by Engadget are selected by our editorial team, independent of our parent company. Some of our stories include affiliate links. If you buy something through one of these links, we may earn an affiliate commission.