Alexa is coming to Windows 10 PCs from HP, ASUS and others

Amazon's upcoming app is separate from its Cortana partnership with Microsoft.

Amazon's Alexa recently arrived on headphones and even toilets, but it's about to become much more ubiquitous by hitting Windows 10 PCs later this year. HP, ASUS and Acer have revealed that the voice assistant is coming to various models, including ASUS's ZenBook and VivoBook lineup, the HP Pavilion Wave, and select Acer Spin, Swift, Switch and Aspire notebooks. Amazon will release a special Alexa app in the spring, and laptop builders are tapping Intel's Smart Sound tech to make sure that the app can pick up your voice when you're not right next to your PC.

"Hands-free access to Alexa on PCs can be helpful to customers in many ways, like making it simple to interact with your smart home, get news or weather, set timers, and more," Amazon Alexa VP Steve Rabuchin said in a statement.

In August, Amazon and Microsoft unveiled a surprise alliance with the aim of integrating their respective Alexa and Cortana voice assistants by the end of 2017. The companies obviously missed that deadline, and the new Alexa Windows 10 app isn't part of that. Instead, Amazon is working on a separate app that will let you access information in much the same way you do on Echo and third-party devices. 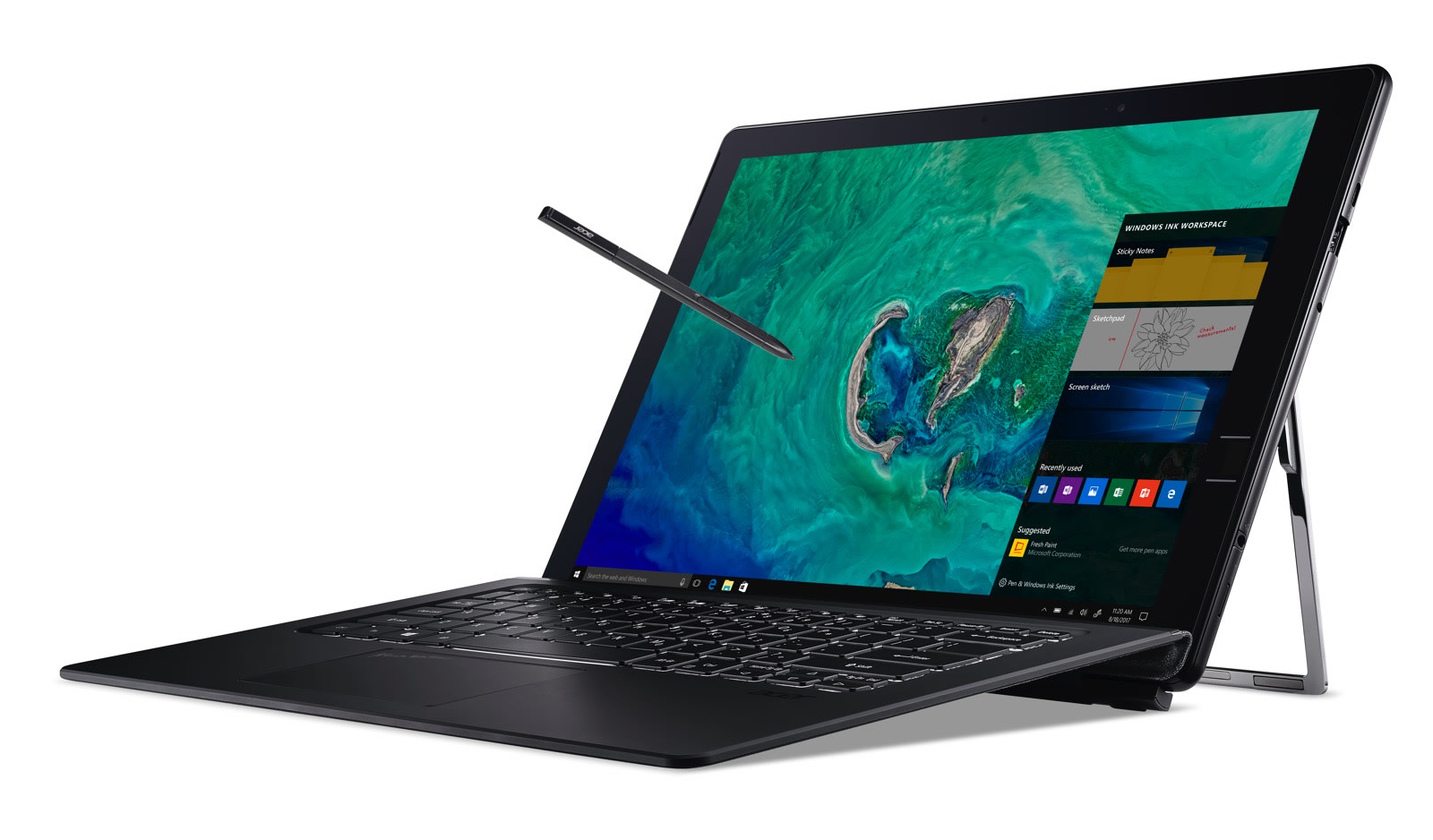 HP's Pavilion Wave, one of the PCs that will have Alexa, looks more like a smart speaker than a PC. However, it will also appear on more classic laptop models from Acer (like the Switch, above), ASUS and other companies.

Unlike with other Alexa integrations, Alexa on PCs will be able to show on-screen, as well as tell you about the information you requested. However, some current Alexa features -- like controlling security cameras and other smart home features, messaging and calling, Spotify and Amazon Video -- won't be available at launch.

Amazon and Google are in a pitched battle over their respective Alexa and Assistant apps, with both companies trying to get them into as many cars, smart speakers, hubs, headphones, smartphones and other devices as possible. For example, Google recently announced an Assistant alliance with lock-maker Schlage, and Alexa is appearing in a Bluetooth car charger. Google does have one leg up with its Assistant: Its available in many more countries (in Europe and elsewhere) than Alexa.

Amazon hasn't set an exact date for the release of the app, and it's unclear so far if it will work on any old Windows 10 PC. Hopefully we'll learn more details as the big CES 2018 show goes on.