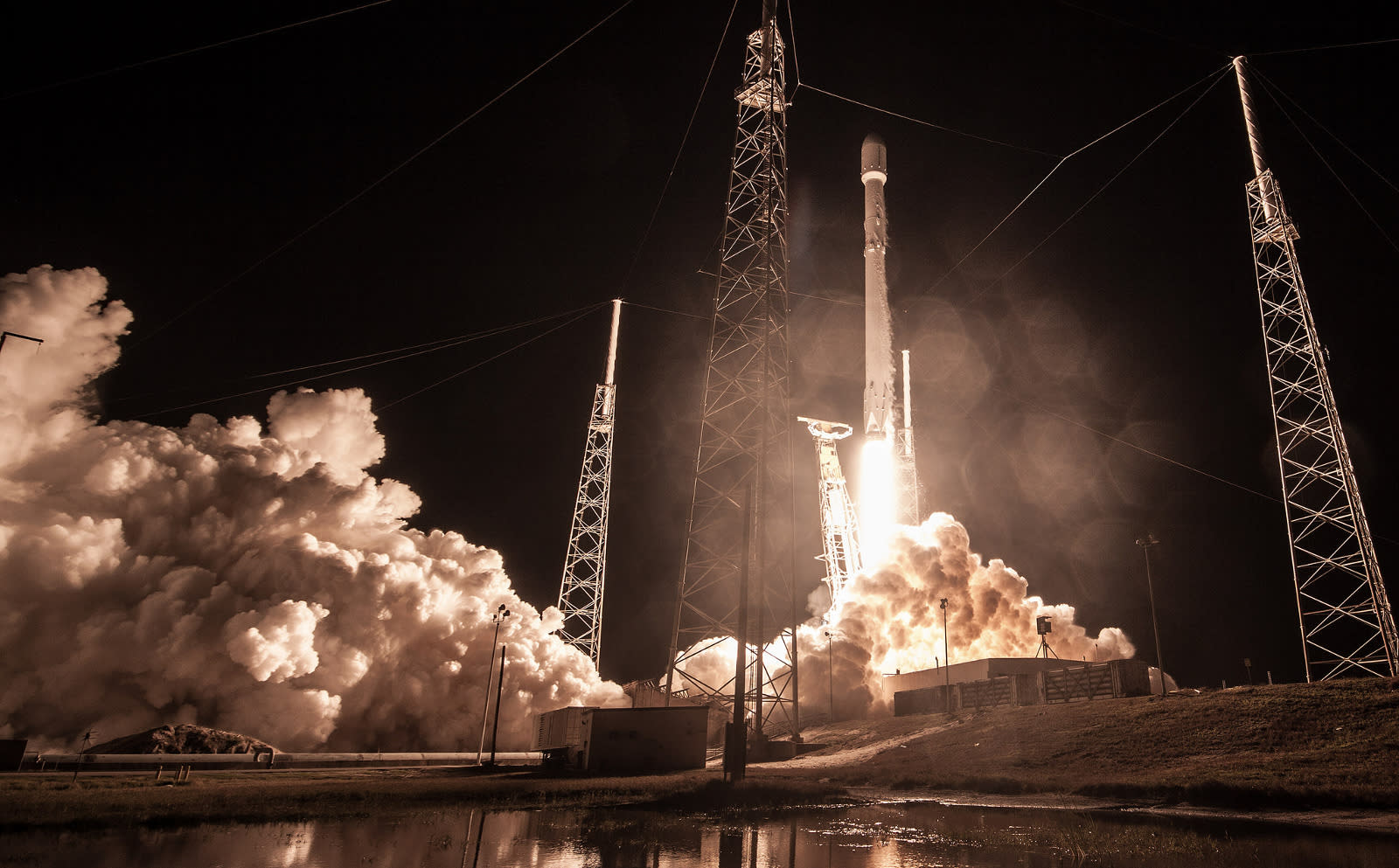 While SpaceX successfully relanded the most recent Falcon 9 it launched -- Elon Musk even tweeted about it -- its top secret payload apparently met a different fate. According to The Wall Street Journal, Zuma failed to make it to orbit, and authorities believe it has plummeted back into the atmosphere. No government agency stepped forward to claim the satellite, but industry experts estimate its cost to be billions of dollars. WSJ says the satellite didn't separate from Falcon 9's upper stage as it should have, but Bloomberg reports that it was the rocket's second stage itself that had failed.

Harvard-Smithsonian astronomer Jonathan McDowell noted that space situational awareness service Space-Track catalogued Zuma. Space-Track adding something to its catalog means that object made it to orbit. However, Navy Captain Brook DeWalt told Bloomberg that the military division has "nothing to add to the satellite catalog at this time." It's all conflicting reports all around, and unfortunately, both SpaceX and Northrop Grumman, which built the satellite, refuse to talk. "We do not comment on missions of this nature; but as of right now reviews of the data indicate Falcon 9 performed nominally," the space corporation told Engadget.

If the payload truly crashed or disappeared, then this incident came at a bad time for SpaceX. The company is hoping to start ferrying astronauts to the ISS this year and to win more contracts from the Pentagon. Although what happened to Zuma remains shrouded in mystery, McDowell said Northrop Grumman provided its own adapter used to attach the payload to the rocket's final stage. If the adapter was the one that failed to pop off when it was time for Zuma to detach itself, then the incident might not be SpaceX's fault at all.

To recap: Normally when you buy a rocket launch, you've paid for "the payload adapter on the rocket final stage pops the satellite off at the end". But on this mission the customer provided its own payload adapter, so separation may be its problem and not SpaceX's problem

Recap 2: Assume satellite catalog entry is not an error. Still doesn't mean USA 280 is still in orbit, or that it separated from stage 2. Suggests that payload/stage 2 remained attached and completed 1.5 orbits (winning it a catalog entry), then performed deorbit

Recap 3: Stage 2 was going to deorbit after 1.5 orbits anyway. Probably it had no way of knowing that the payload was still attached!

"For clarity: after review of all data to date, Falcon 9 did everything correctly on Sunday night. If we or others find otherwise based on further review, we will report it immediately. Information published that is contrary to this statement is categorically false. Due to the classified nature of the payload, no further comment is possible.

Since the data reviewed so far indicates that no design, operational or other changes are needed, we do not anticipate any impact on the upcoming launch schedule. Falcon Heavy has been rolled out to launchpad LC-39A for a static fire later this week, to be followed shortly thereafter by its maiden flight. We are also preparing for an F9 launch for SES and the Luxembourg Government from SLC-40 in three weeks."

In this article: gear, launch, space, spacex, zuma
All products recommended by Engadget are selected by our editorial team, independent of our parent company. Some of our stories include affiliate links. If you buy something through one of these links, we may earn an affiliate commission.