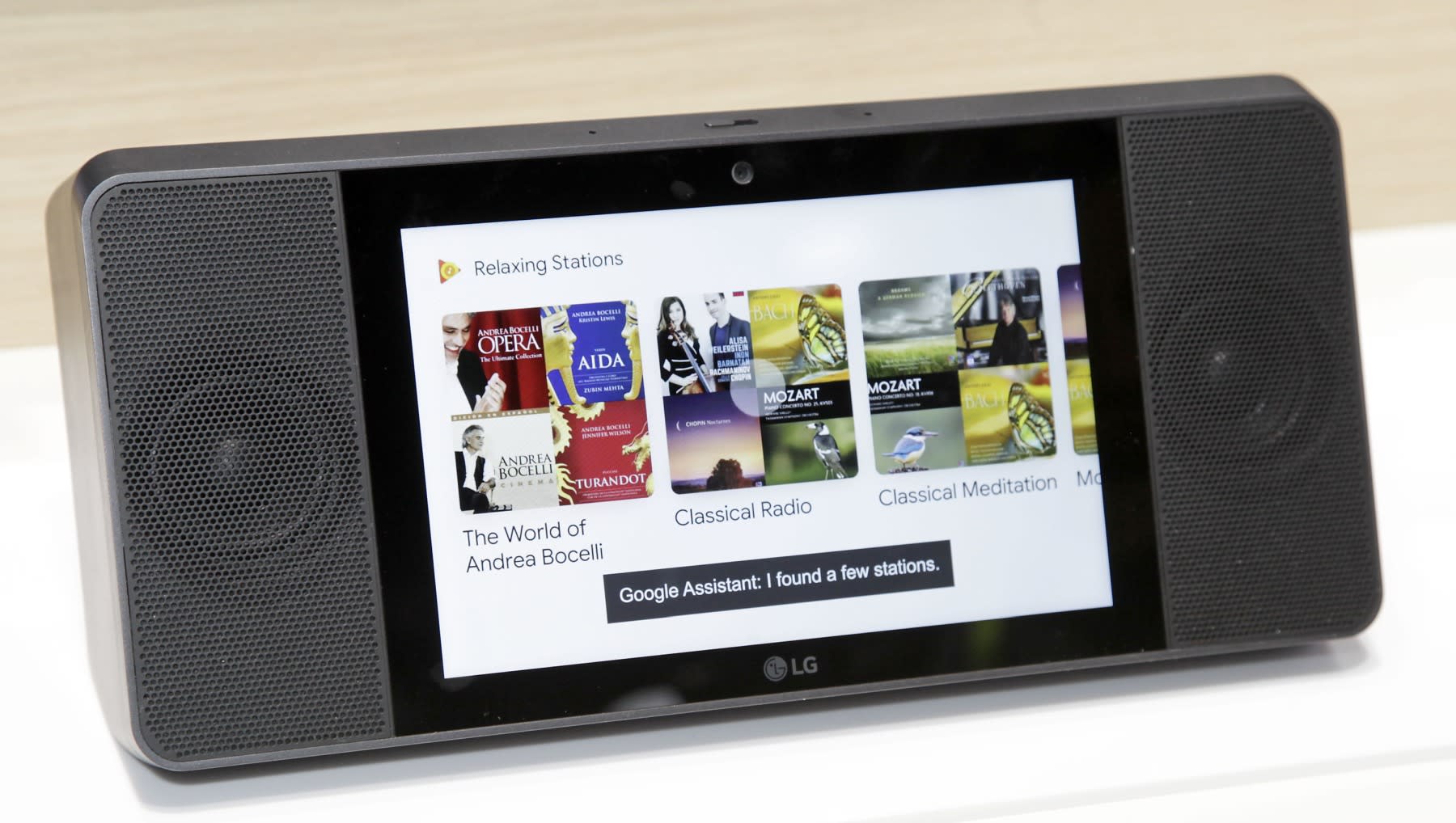 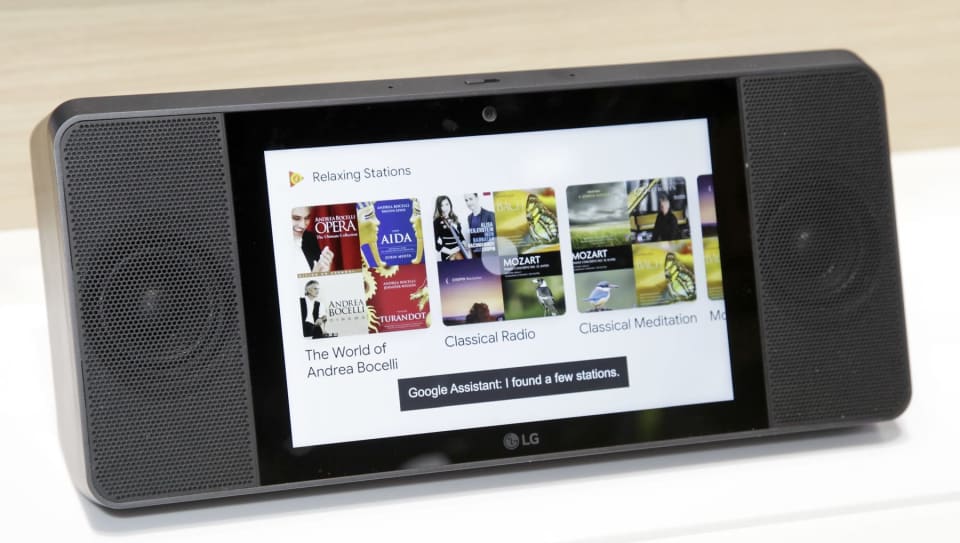 Google Assistant's fingerprints are all over the CES 2018 show floor, but it's especially easy to see on a few new Android Things-powered devices. This LG ThinQ Google Assistant Touch Screen Speaker is one of them, and like Lenovo's Smart Display, it's built on a Qualcomm Home Hub Platform.

On the show floor, it smoothly scrolled through demo applications, popping up info in ways we're used to seeing on our phones or through Android Auto. So far, all the demonstrations only include Google apps like Duo, Maps, Music, Photos and YouTube -- currently MIA on Amazon's Echo Show -- so we'll be watching carefully to see how the device's capabilities expand as developers dig into Android Things, which leans on existing tools to create new apps for these devices.

According to Qualcomm, this more-powerful version of its platform (SDA624) can drive a Full HD+ display, capture 4K video and support Tensor Flow for on-device machine learning. Also, like Lenovo's speaker, this one has a physical switch to turn its camera off. WiFi and Bluetooth links are present behind its eight-inch touchscreen, and, like several other LG products on display, it has audio tweaking courtesy of Meridian Technology, but so far the company hasn't confirmed any other details.

In this article: androidthings, ces2018, gear, google, googleassistant, home, iot, lg, sda624, speaker, tensorflow, thinq, thinqview, video, WK9
All products recommended by Engadget are selected by our editorial team, independent of our parent company. Some of our stories include affiliate links. If you buy something through one of these links, we may earn an affiliate commission.