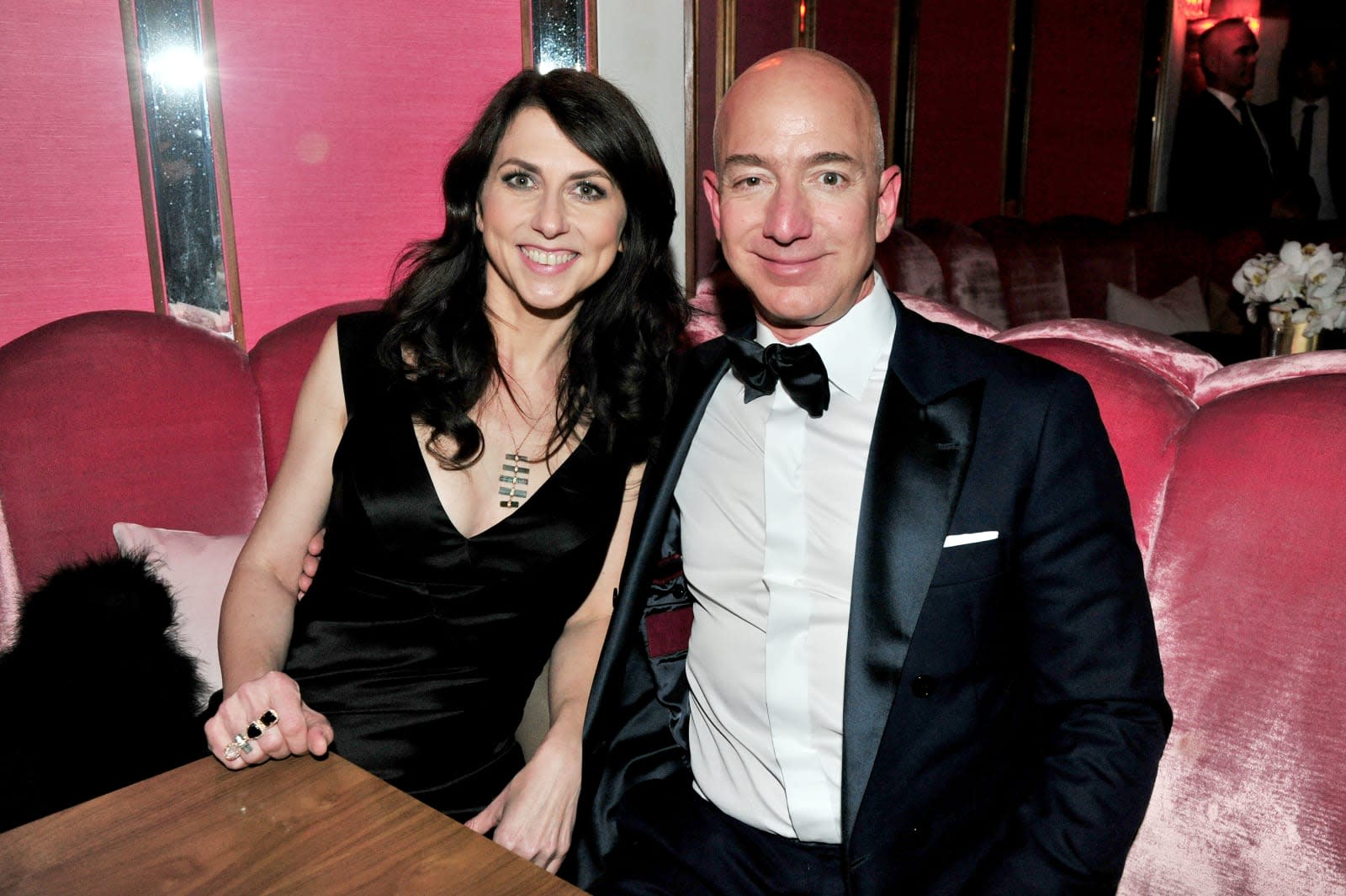 A number of tech companies and executives have voiced support of the Deferred Action for Childhood Arrivals (DACA) program. But Amazon CEO Jeff Bezos and his wife MacKenzie have just given $33 million in support to DACA recipients, also known as Dreamers. The two just donated the money to TheDream.US, which provides scholarships to Dreamers, and their donation will give 1,000 DACA recipients money to attend college. It's the largest donation in history of TheDream.US. "My dad came to the US when he was 16 as part of Operation Pedro Pan," Jeff Bezos said in a statement. "He landed in this country alone and unable to speak English. With a lot of grit and determination -- and the help of some remarkable organizations in Delaware -- my dad became an outstanding citizen, and he continues to give back to the country that he feels blessed him in so many ways. MacKenzie and I are honored to be able to help today's Dreamers by funding these scholarships."

Prior to President Trump's decision to remove DACA protections in September, hundreds of CEOs, including Bezos, signed a letter asking him to keep the program intact and many voiced their disappointment when the president decided to end protections. In October, companies such as Google, Facebook and Amazon said they would lobby Congress to pass DACA protection legislation and in November, over 100 companies filed an amicus brief in support of plaintiffs aiming to reinstate DACA protections.

Dreamers receiving aid from TheDream.US get $33,000 in scholarships spread out over four years. "Our students are highly motivated and determined to succeed in college and in life. We're a three-and-a-half-year-old program, so we don't yet have graduation rates," said the organization's president, Candy Marshall, in a statement. "But our scholars are thriving academically. 94% return to their college after the first year; the national average is 72%. We expect a 75% graduation rate."

In this article: amazon, DACA, DonaldTrump, donation, dreamers, facebook, gear, google, JeffBezos, politics, scholarship, services, thedream.us
All products recommended by Engadget are selected by our editorial team, independent of our parent company. Some of our stories include affiliate links. If you buy something through one of these links, we may earn an affiliate commission.