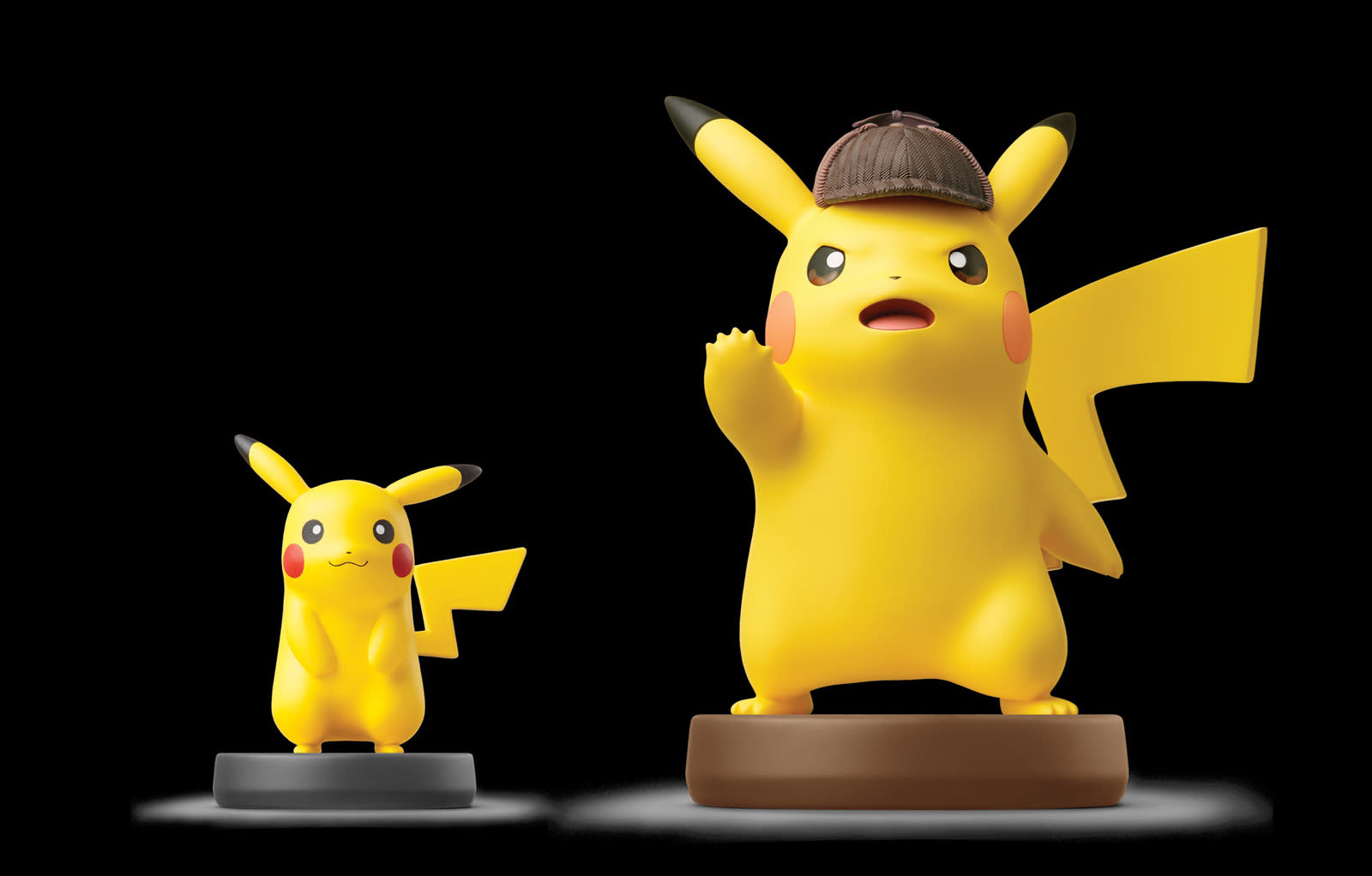 Ever since the Detective Pikachu game launched in Japan in early 2016, there's been a lingering question: when would it be available elsewhere, if it ever left Japanese shores? At last, there's a date. The Pokémon Company has announced that its 3DS sleuth title will reach the US and Europe on March 23rd, 2018 for $40. On top of that, there will be a $30 giant Detective Pikachu amiibo (nearly double the usual height at 5.35 inches tall) which unlocks videos that might provide clues.

In a sense, an international release was inevitable. If the Ryan Reynolds-starring Detective Pikachu live-action movie is going to premiere outside of Japan in May 2019, it's going to need a fan base eager to see that movie. And besides, there's still clearly an audience for Pokémon games. The developers would be leaving money on the table if Detective Pikachu didn't get a wider release.

As it stands, the game won't be alone. Nintendo has unveiled plans to launch a Pikachu Edition New 2DS XL in at least the US on January 26th. Shell out $160 and you'll get Nintendo's latest handheld in Pikachu's signature yellow, complete with the electric critter's smiling face on the lid. You'll even have a 'new' game to play -- Nintendo is re-releasing a 3DS-native, wireless multiplayer version of the Game Boy Color title Pokémon Crystal the same day for $10.

In this article: 2dsxl, 3ds, amiibo, av, detectivepikachu, games, gaming, new2dsxl, nintendo, pikachu, pokemon, thepokemoncompany, video, videogames
All products recommended by Engadget are selected by our editorial team, independent of our parent company. Some of our stories include affiliate links. If you buy something through one of these links, we may earn an affiliate commission.