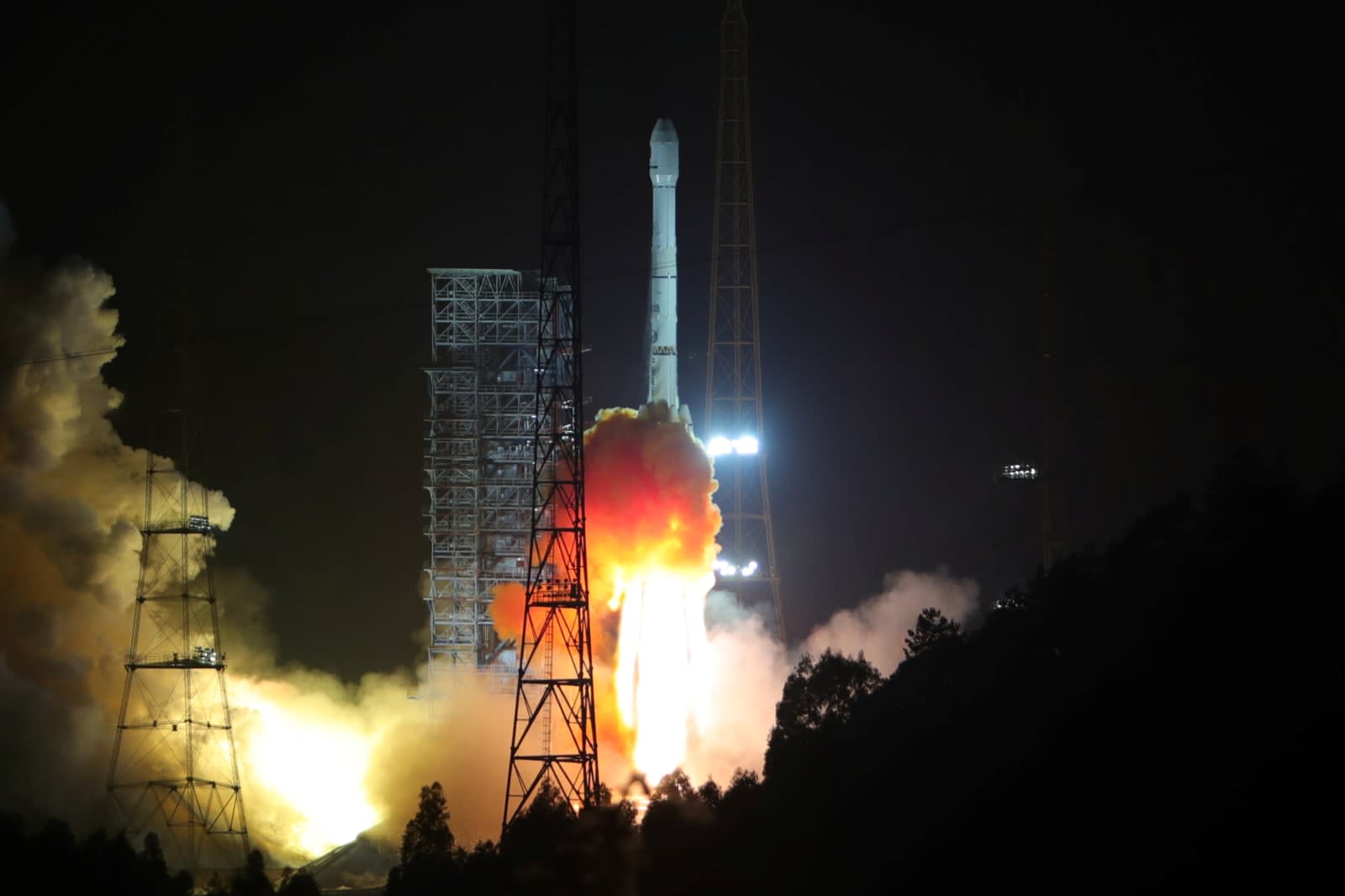 Space agencies prefer to launch near the sea or over empty land when given the choice, and China just got a reminder as to why. A booster from a Long March 3B rocket dropped and exploded near the small southwestern town of Xiangdu, roughly 435 miles away from its pad at the Xichang Satellite Launch Center. And while these incidents aren't completely unheard of, this is one of the few times the whole incident has been recorded for posterity. As you can see in the clip below, onlookers just a short distance away saw the booster tumble and create a massive fireball.

While there were no known casualties or property damage, this doesn't mean it was safe. For one thing, China normally plans booster drop zones carefully and alerts (or in some cases, evacuates) areas to make sure no one gets hurt. This didn't entirely go according to plan. Moreover, the highly toxic rocket fuel and secondary explosions posed risks to curious onlookers.

Not that China has much choice in the matter. As the Atlantic explained, three of China's launch facilities were opened during the Cold War, when concerns about attacks took precedence over absolute safety. That meant setting up shop as far away from international borders as possible, guaranteeing that some launches would pose a risk to populated areas. A 1996 disaster even sent a rocket directly into the town of Xichang, killing at least six and injuring dozens more. China is building in safer areas (such as on the island of Hainan), but it could be a while before these sorts of incidents are a thing of the past.

Here's the end of the close-up video of the booster that fell from the Long March 3B today. There's bang then everyone runs away. Gets them away from the hydrazine for a while at least... pic.twitter.com/CbYKkDsvsO

In this article: china, gear, longmarch3b, rocket, space, video
All products recommended by Engadget are selected by our editorial team, independent of our parent company. Some of our stories include affiliate links. If you buy something through one of these links, we may earn an affiliate commission.