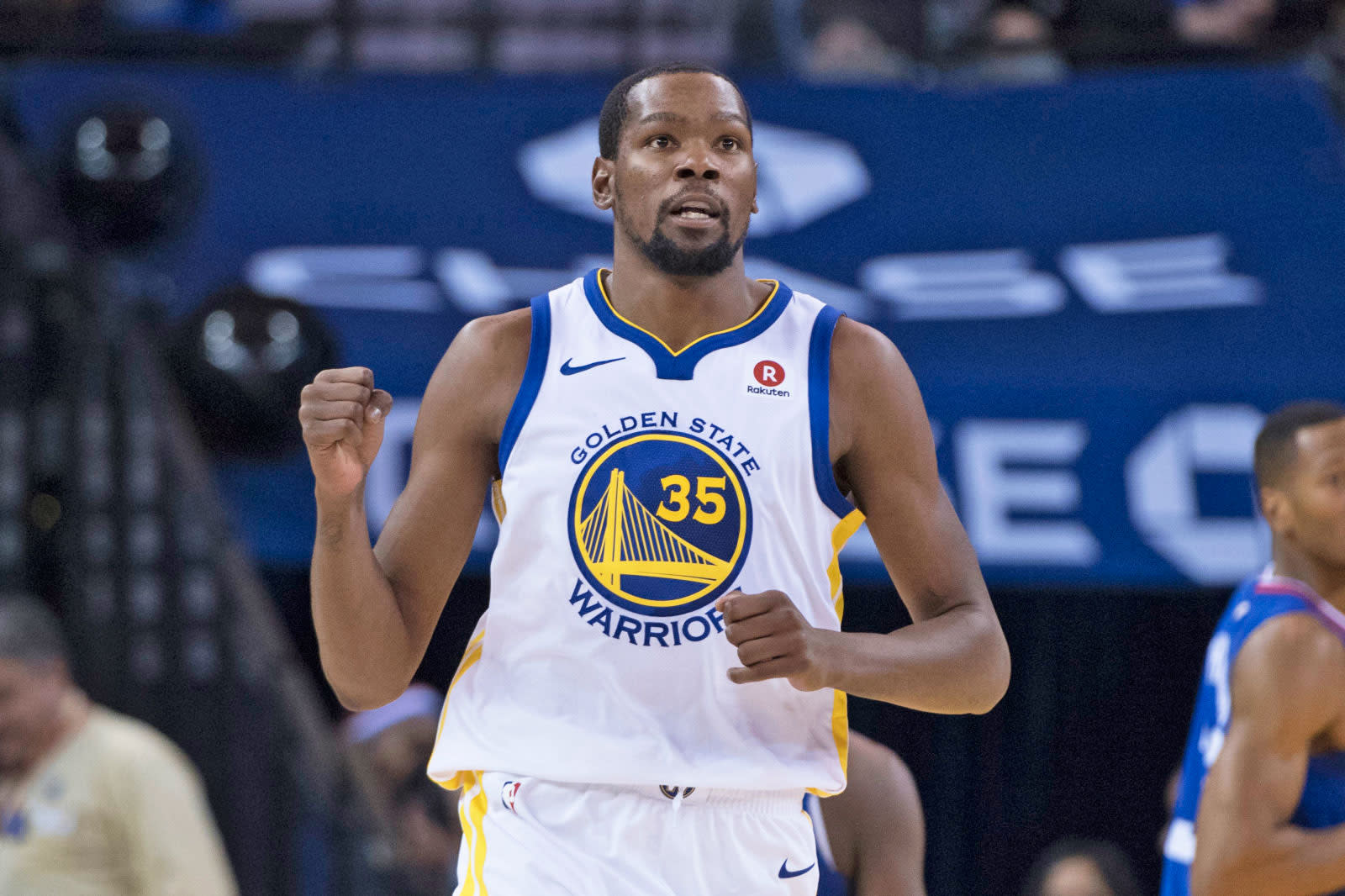 Kevin Durant's YouTube channel is extremely popular; it's a place his fans can go to learn more about the basketball star through fan Q&As and take a peek inside his workout sessions. That's why it's not a huge surprise that, as CNET reports, YouTube has struck a deal with Durant's startup Thirty Five Media in order to create more sports-centered video content for the service. Details about the deal, including financial terms and length, aren't available.

In a crowded media landscape, sports are a clear way to attract viewers to a platform. Just last month, Facebook said its eventual budget for sports could be "a few billion dollars," while Amazon recently snagged the rights for NFL Thursday live streaming. As these deals are snapped up (and increase in price), agreements with individual star athletes, like Durant, can fill in the gaps.

Facebook has previously signed deals with individual stars, including the Balls, a popular family of basketball stars (no pun intended). That series has amassed quite the viewership for Facebook, in part thanks to patriarch LaVar Ball's antics, and it's likely YouTube is looking for similar results with the sports stars that it signs.

In this article: alphabet, business, entertainment, google, kevindurant, sports, youtube
All products recommended by Engadget are selected by our editorial team, independent of our parent company. Some of our stories include affiliate links. If you buy something through one of these links, we may earn an affiliate commission.