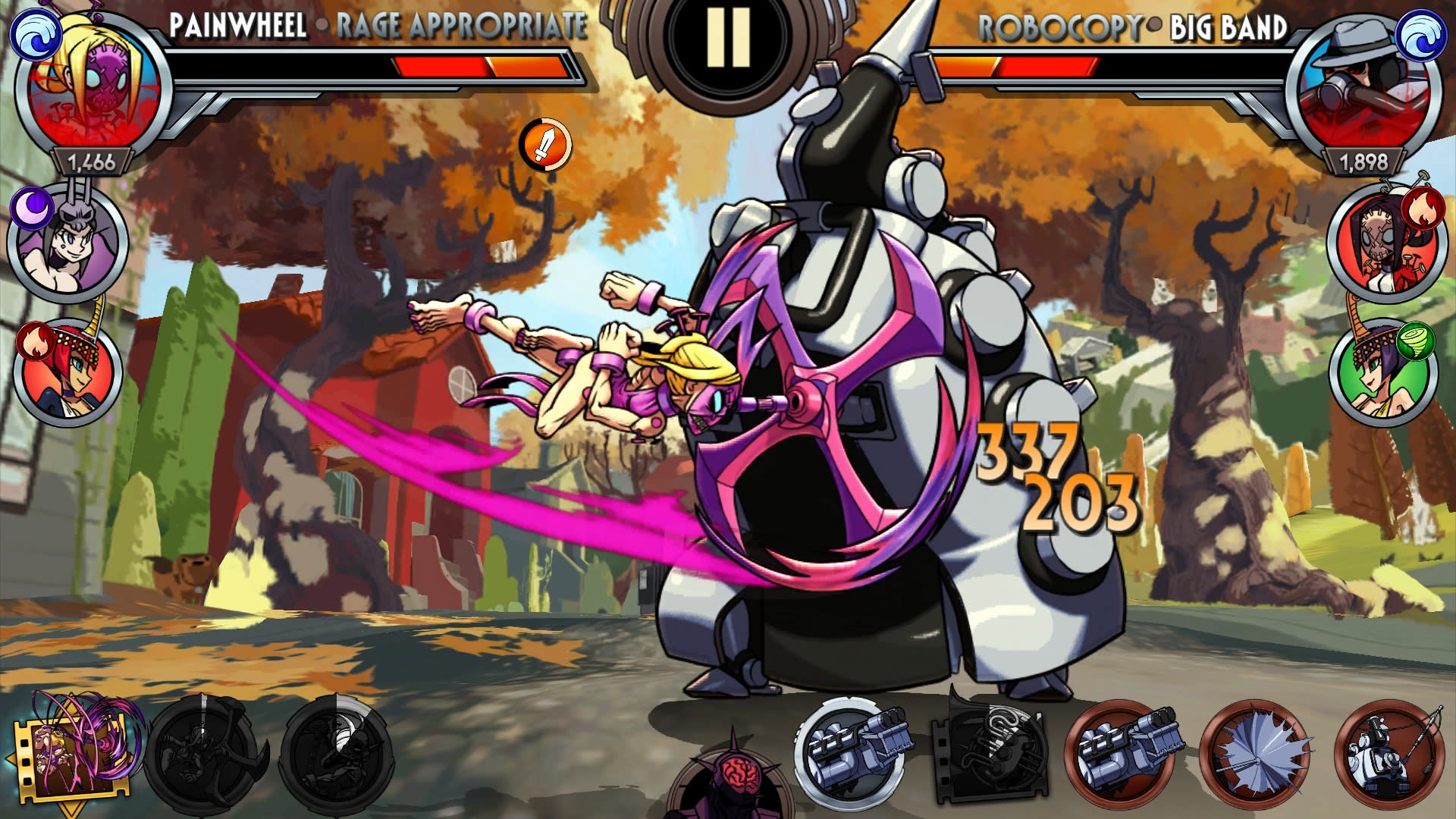 Stylized fighting game Skullgirls came out for mobile in May of last year. It was developed by Autumn Games and initially published by Line. Now, the developer has decided to part ways with the publisher and go back to being independent. As a result of this transition, the developer launched a new version (basically Skullgirls 2.0) and shut down the old one (now called LINE Skullgirls) on the App Store and Google Play.

The title's relaunch brings a bunch of new updates, including extra Daily Log In loot, double fighters and moves for single gacha-style hero acquisitions, official ultra widescreen support for iPhone X and select Android phones like the Samsung S8, improved Relic coloring (so you know how rare a fighter is) and several bug fixes. In addition, the developer has promised a greater transparency around loot drop rates, along with a guaranteed random generation of loot itself. "While other games may 'cook the books' to create the illusion that loot rates are better than that actually are (to encourage spending)," the developer wrote in a forum post, "ours are 100% RNG (random number generator), with plenty of in-game methods to earn them directly without having to spend a dime. We plan to add more layers of granularity and visibility to these loot tables in future updates."

As a result of its newfound independence from Line, Autumn Games also promises a ton of new characters, modes, social features and content over the next year. If you're already a Skullgirls player, the developer says that all your data will move to the new app, as well, so you won't lose any progress from the previous version.

In this article: autumngames, fighting, gacha, gaming, iphoneX, line, mobile, SamsungS8, skullgirls, skullgirls2.0, video
All products recommended by Engadget are selected by our editorial team, independent of our parent company. Some of our stories include affiliate links. If you buy something through one of these links, we may earn an affiliate commission.