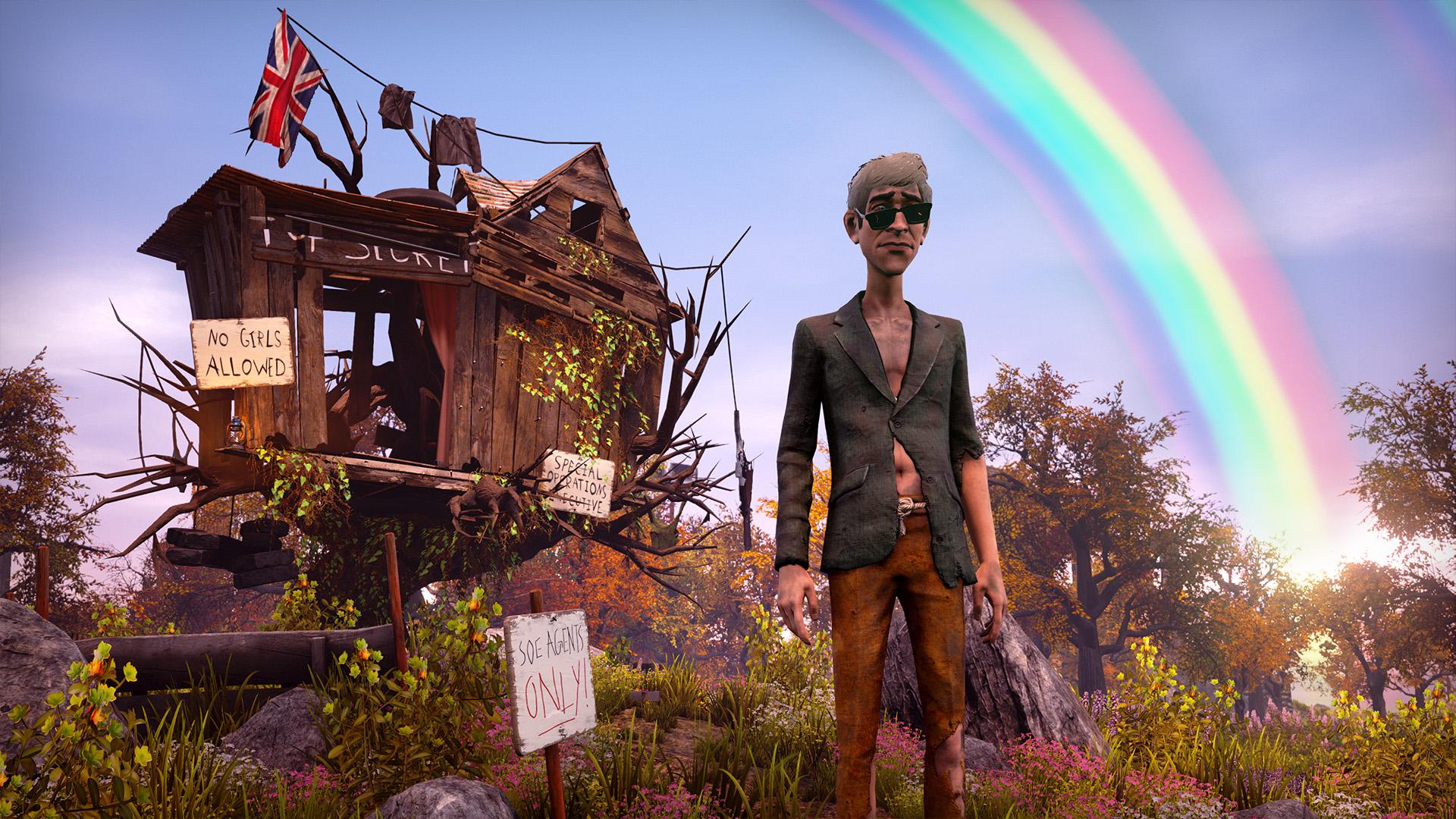 We've been excited about We Happy Few, the paranoia-fueled horror survival game set in a small English town, for awhile now. But it looks like we're going to have to wait a bit longer to play it. While the game was originally scheduled to be released in April 2018, it's been pushed back to sometimes this summer.

The game's developers, Compulsion Games, took to YouTube to explain why exactly that's happening, as well as reveal information about a new character named Sally. You can see their video below.

Upon play through, the team realized that the beginning of the story, which follows a man named Arthur, wasn't quite where they wanted it to be. It didn't live up to what the game eventually delivered. "The game didn't start as well as it should. So we went back to the drawing board and made a couple of big decisions: we brought forward a number of story moments, to get into the action faster, and also rebuilt the whole first island for Arthur," they say in the video. But doing this, of course, means delaying the release schedule.

It's not a bad thing for developers to want to get things right and do justice to their product, even if it means delays. While it means we'll have to wait a bit longer to get our hands on We Happy Few, the delay is worth getting a better game in exchange.

In this article: av, compulsiongames, gaming, wehappyfew
All products recommended by Engadget are selected by our editorial team, independent of our parent company. Some of our stories include affiliate links. If you buy something through one of these links, we may earn an affiliate commission.