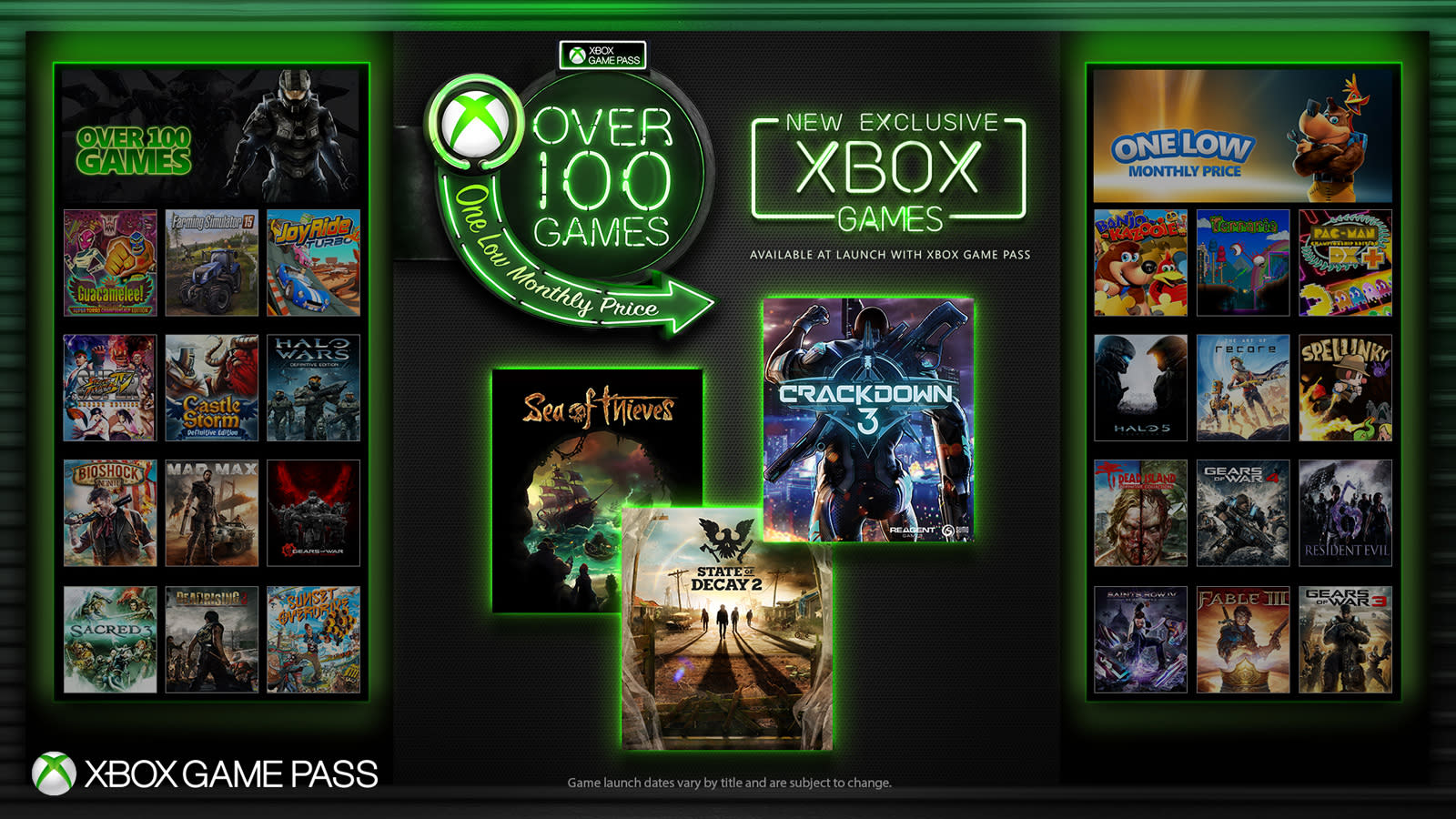 To date, the Xbox Game Pass has been a tricky value proposition. While there have been a few recent hits, it frequently comes across as a clearinghouse for games whose best days are over. You'll have a better reason to subscribe going forward, though: Microsoft has promised to add all of its in-house Xbox One exclusives to Game Pass the moment they're available. Sea of Thieves will be one of the first when it launches on March 20th, and this should also include the long-delayed Crackdown 3 as well as future games in franchises like Halo and Gears of War. So long as you're paying that monthly fee, that blockbuster title won't cost you extra or require a months-long wait.

The company is also launching a 6-month Xbox Game Pass card through GameStop and other retailers on March 20th, when it will sell for $60. If you want to dive through a back catalog of games, you don't have to fork over a credit card or worry about renewals.

If you're a dyed-in-the-wool Xbox One fan, the promise of launch day titles makes this tempting. Provided Microsoft releases at least one game you want each year, the service suddenly seems like a better bargain -- you're receiving the title you wanted plus a slew of extras. And of course, you can always pay for just those few months you intend to play a new game and cancel afterwards.

The catch, of course, is that it's only Microsoft titles getting the day one treatment. This doesn't help you at all if you're mainly interested in third-party games, or if there are dry years when Microsoft doesn't have something you'd want to play. It could be helpful even if you don't subscribe, though, as Microsoft now has a stronger incentive to shore up the Xbox One's game library -- it needs those launch day games to make Game Pass as enticing as possible.

In this article: 343Industries, av, games, gaming, internet, microsoft, microsoftstudios, seaofthieves, services, subscription, thecoalition, video, videogames, xboxgamepass, xboxone
All products recommended by Engadget are selected by our editorial team, independent of our parent company. Some of our stories include affiliate links. If you buy something through one of these links, we may earn an affiliate commission.