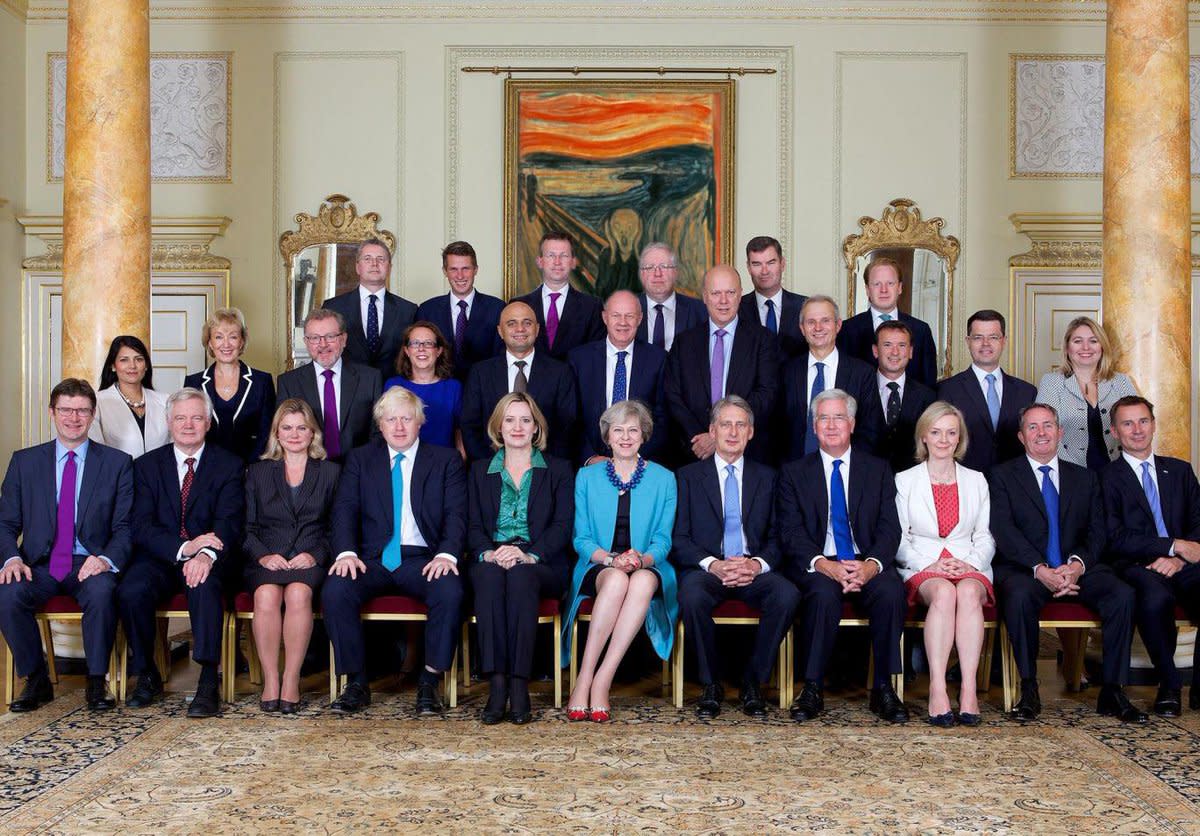 In its most benign form, fake news can simply be clickbait designed to get eyes on banner ads. In other instances -- the one's governments are primarily concerning themselves with -- it's propaganda designed to invoke outrage and sway public opinion on elections and other important decisions. UK Prime Minister Theresa May has previously accused Russia of "seeking to weaponize information" by "deploying its state-run media organizations to plant fake stories and photoshopped images in an attempt to sow discord in the west and undermine our institutions." And now, she's taking action by creating a new specialist unit tasked with actively tackling fake news. What we're not being told, however, is how this anti-misinformation squad is supposed to do that exactly.

As Reuters reports, a spokesperson for the Prime Minister told the media following a meeting of the UK's National Security Council: "We are living in an era of fake news and competing narratives. The government will respond with more and better use of national security communications to tackle these interconnected complex challenges."

"We will build on existing capabilities by creating a dedicated national security communications unit. This will be tasked with combating disinformation by state actors and others. It will more systematically deter our adversaries and help us deliver on national security priorities."

Just as the US is mulling the possible role fake news and Russia's so-called 'troll army' had in influencing the outcome of the last Presidential Election, so the UK authorities are looking at how the same may have affected the Brexit vote and 2017 general election. While these retrospective reviews move forward, platforms including Google and Facebook -- the places most people go to find their news -- are taking more responsibility for the part they play as pseudo-publishers. They're trying to help users sort the wheat from the chaff primarily by highlighting trusted media outlets and by demoting those on the sketchier side.

These attempts at fact-policing aren't putting the concerns of governments to bed, though. Many US politicians believe regulation is key to fighting fake news; France is drafting new legislation to make sponsored stories more transparent, with state powers to remove factually incorrect news; and Germany recently introduced a law whereby social media companies can be fined up to 50 million euros for failing to dealing with hate speech and fake news on their platforms.

In the UK, the response so far has merely been noncommittal talks of "sanctions" social media sites might face for hosting fake news. But now we're getting real action in the form of a crack team that will 'combat' the issue and 'deter our adversaries,' whatever that could possibly mean. It sounds suspiciously like hot air the government is bellowing -- taking the buzzword of fake news and promising that it's actively doing, er, something about it.

In this article: brexit, fakenews, gear, internet, primeminister, propaganda, theresamay, uk, ukgovernment
All products recommended by Engadget are selected by our editorial team, independent of our parent company. Some of our stories include affiliate links. If you buy something through one of these links, we may earn an affiliate commission.