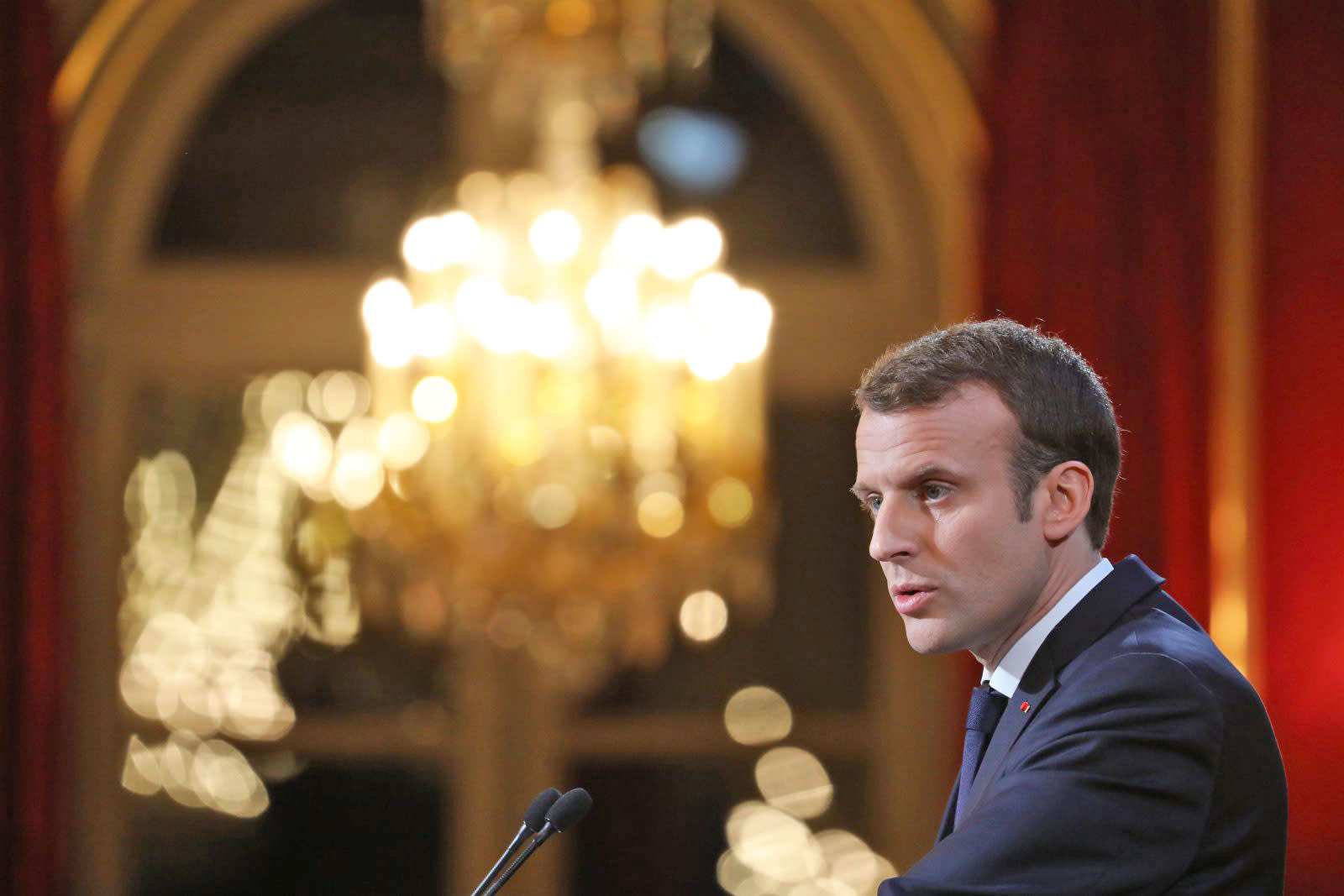 During a media briefing yesterday, French President Emmanuel Macron said that he would soon introduce new legislation aimed at combating fake news during elections. Under the new law, websites publishing sponsored content would have to disclose who paid for it and fees for that content would have a cap. Additionally, authorities would have the power to remove fake content and block websites if they're found to be publishing fake news. "If we want to protect liberal democracies, we must be strong and have clear rules," Macron said.

Fake news and actions by foreign groups have become a major focus since the US presidential election, particularly when it comes to what circulates on social networks like Facebook and Twitter. Investigations into Russia-backed Facebook ads are ongoing in the US and the UK has asked both Facebook and Twitter to provide information on any evidence of Russian meddling during the Brexit referendum. Facebook made efforts to curtail the spread of misinformation during Germany's major election last year as well as France's. Some actions taken by Facebook since the US election include adding Trust Indicators to news articles, requiring those purchasing ads on the platform to disclose their identity and instituting a slew of measures meant to limit the spread of fake news. Facebook has also said it's working on overhauling its advertising system before the 2018 US midterm elections.

In this article: ads, election, ElectionMeddling, EmmanuelMacron, facebook, FakeNews, france, gear, internet, misinformation, politics, russia, services, twitter, uk
All products recommended by Engadget are selected by our editorial team, independent of our parent company. Some of our stories include affiliate links. If you buy something through one of these links, we may earn an affiliate commission.