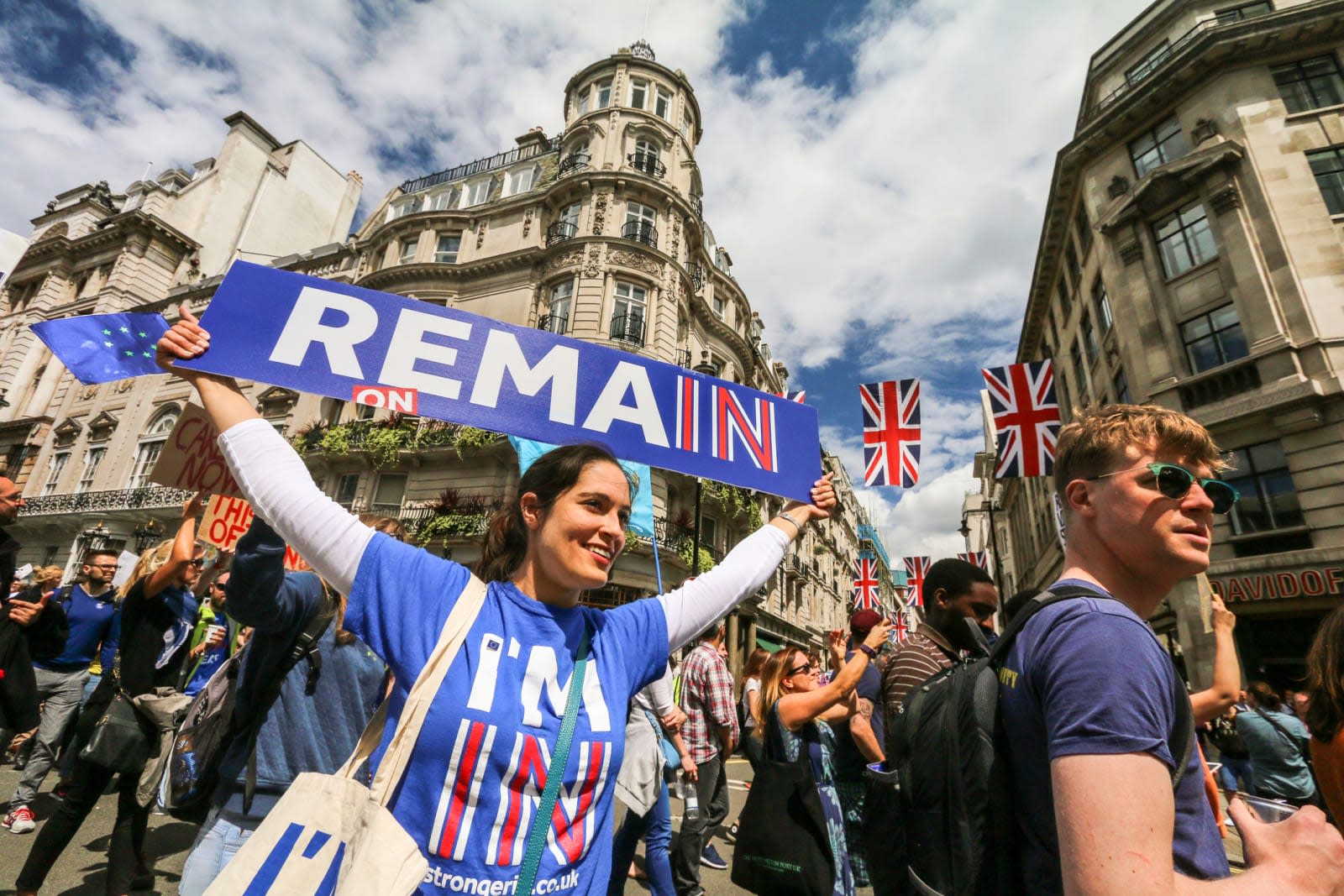 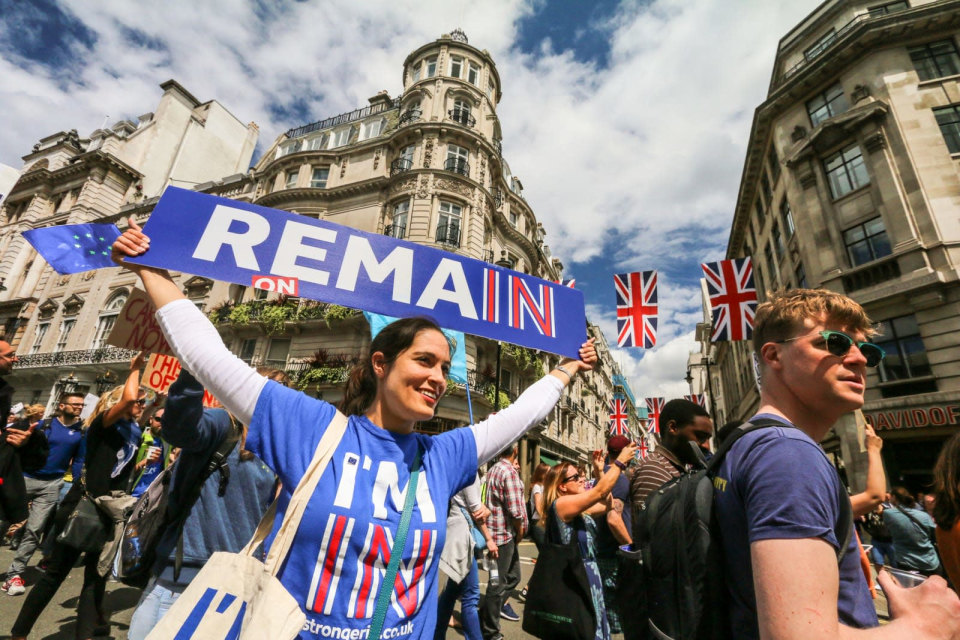 In late October, Chair of the Digital, Culture, Media and Sport Select Committee Damian Collins called upon Facebook and Twitter to report back with any evidence of Russian meddling in the UK's vote to leave the EU. It's an evolution of the committee's inquiry into the problem of fake news, which Collins considers a pretty serious "threat to democracy." Responses from Facebook and Twitter have landed this week, and if you haven't been following along, it's safe to say Collins isn't particularly impressed with how deep the social networks are digging to identify the true scale of political misinformation and influence exerted by Russia.

Confusion around what's expected of Facebook and Twitter seems to stem from the fact there are two different, ongoing investigations into EU referendum interference happening in the UK right now. Collins' committee is looking at the big picture: How fake news, Twitter bots, promoted posts and everything in between may've swayed public opinion one way or another. The Electoral Commission's independent inquiry is casting a tighter net, primarily concerned with ad spending on social platforms. This is part of a wider initiative by the commission to create greater transparency for online political ads, so voters know what articles, posts or digital campaigns with a political angle are actually funded content, and who's stumping up the cash for them.

Earlier this week, Facebook concluded that the Internet Research Agency (IRA) put hardly any effort into influencing public opinion ahead of the Brexit vote. The IRA, sometimes referred to as the "Russian troll farm," is an organisation headquartered in St. Petersburg that's said to operate on behalf of the Russian government. It is accused of using fake accounts and bots on social media, news sites, blogs, forums and the like to influence debates on all kinds of political matters, with the goal of championing the Kremlin's interests. Facebook says that pages and profiles linked to the IRA spent a total of $0.97 on three ads, which ran for four days in May 2016 (prior to the June Brexit vote). These ads "were also targeted to US audiences and concerned immigration, not the EU referendum," and resulted in "approximately 200 impressions to UK viewers."

Twitter has also responded, relaying info on "six referendum-related ads" that ran from April to June last year. These were purchased for $1,031.99 by RT (Russia Today), a state-sponsored news agency. Whether these promoted posts should be considered as 'interference' is up for discussion. RT is a recognised media outlet with a pretty well-known, Russia-leaning bias, and the tweets themselves point to articles on the referendum vote, but aren't headlined with any obvious agenda. It's also not uncommon for a news outlet to promote content on a hot topic. In other words, not exactly the type of clandestine campaign the IRA is infamous for. 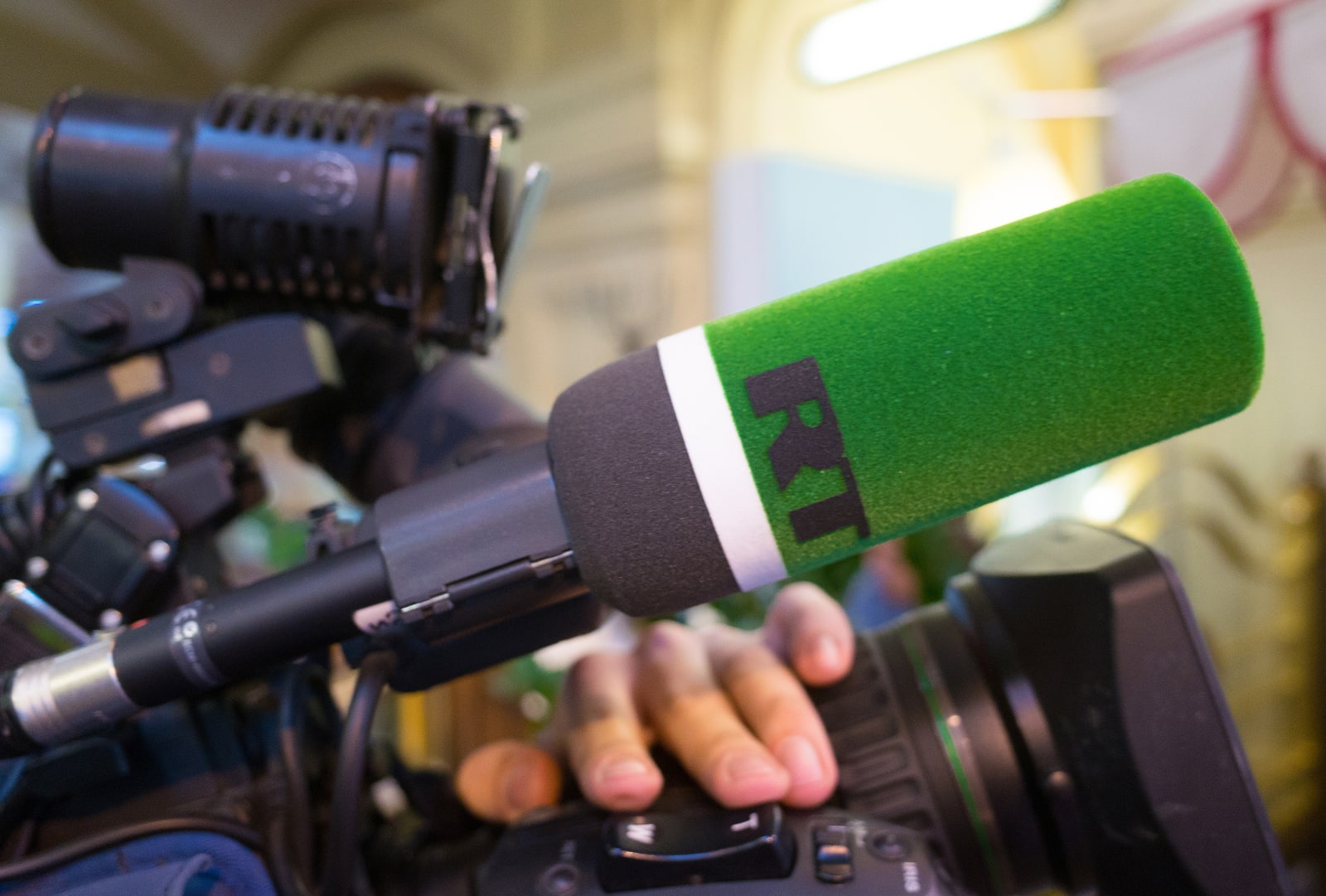 In October this year, Twitter made the call to ban RT and Sputnik (another Russia-controlled news agency) from buying ads on the platform. Both outlets are accused of being propaganda machines that interfered with the 2016 US presidential election. Just a few weeks ago, Google took similar steps, announcing it would start downranking RT and Sputnik in its search results. For what it's worth, Google has also responded to the inquiries in the UK with the one-liner: "We took a thorough look at our systems and found no evidence of this activity on our platform."

Acknowledging the responses it's received, the Electoral Commission said: "Facebook, Google and Twitter have responded to us. We welcome their cooperation. There is further work to be done with these companies in response to our request for details of campaign activity on their platforms funded from outside the UK. Following those discussions we will say more about our conclusions."

That's about as good as it gets from the Electoral Commission, which doesn't typically comment on ongoing inquiries. Collins is a bit more forthcoming in his reactions, and he's clearly unimpressed with the one-size-fits-all responses given to both the commission and his committee, which are looking at potential Russian influence through slightly different lenses.

Summarising his tweetstorm on Facebook's response, he says that the platform only looked into accounts and pages previously identified as IRA-run during a similar investigation into US election meddling. "Facebook conducted research to identify 10,000s of fake pages and accounts that were active during the French Presidential election. They should do the same for the EU referendum, and not just rely on external sources referring evidence of suspicious activity back to them." He's met with Facebook and asked it conduct a more thorough examination of both "Russian activity linked to the 2017 General Election, as well as the EU referendum." 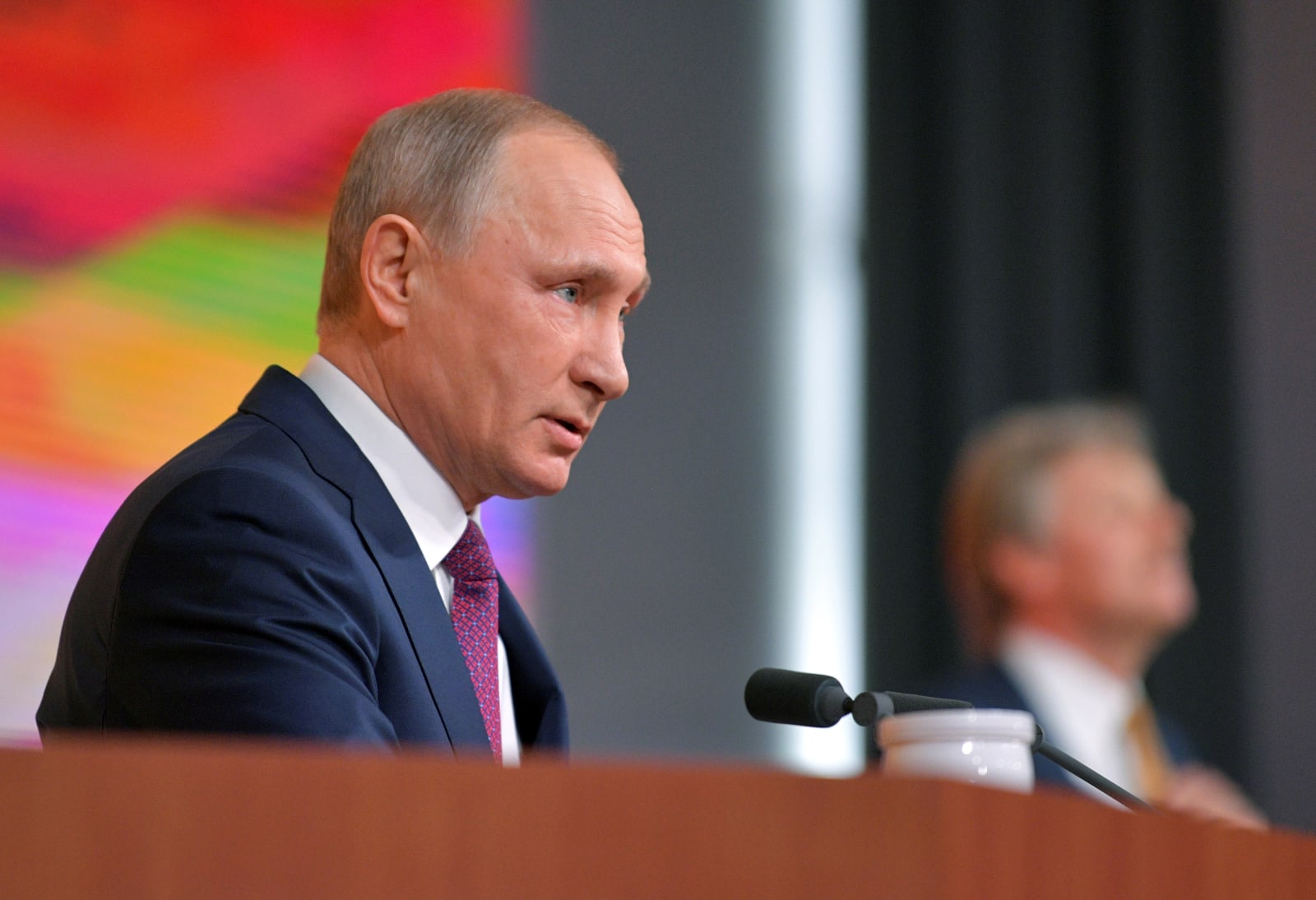 Twitter hasn't fared much better. In a letter to CEO Jack Dorsey, Collins called the social network's response "completely inadequate." He's demanded more information (and not for the first time) on bots and accounts linked to the IRA that were potentially used for "foreign interference" in UK political matters. He goes on to say his committee are looking well beyond paid ads (the domain of the Electoral Commission's investigation): "It seems odd that so far we have received more information about activities that have taken place on your platform from journalists and academics than from you."

Collins refers specifically to a study by London's City University that suggests a "13,500-strong Twitter bot army" that posted nearly 65,000 tweets with a "clear slant towards the leave campaign" disbanded after the vote. These accounts were either deleted "or were suddenly blocked or removed by Twitter" following the referendum, and more than 25,000 other accounts changed usernames abruptly. Another study by the University of Edinburgh spotted more than 400 IRA-operated accounts that got involved in the Brexit debate by looking through the usernames Twitter supplied to US authorities as part of their election interference investigations.

Collins is frustrated, in part, by the level of cooperation Facebook, Twitter and others have shown to US officials, not to mention the proactive steps taken by Facebook specifically to suppress the impact fake news might have on elections in Germany and France. The saga is far from over, of course, and we expect to see further dialogue between Facebook, Twitter and the select committee over the coming weeks and maybe months -- assuming the social media giants find conclusive evidence of additional Russian activity, that is.

Despite even Prime Minister Theresa May throwing around accusations, there's a chance both ongoing inquiries could conclude anticlimactically. The Oxford Internet Institute is due to publish a study any day now that claims Russian interference in the Brexit vote was fairly negligible. Speaking to The New York Times, one of the study's authors Philip Howard said: "Overall, I think Russian activity during Brexit seems to have been minimal. The real source of misinformation about the Brexit debate was homegrown." 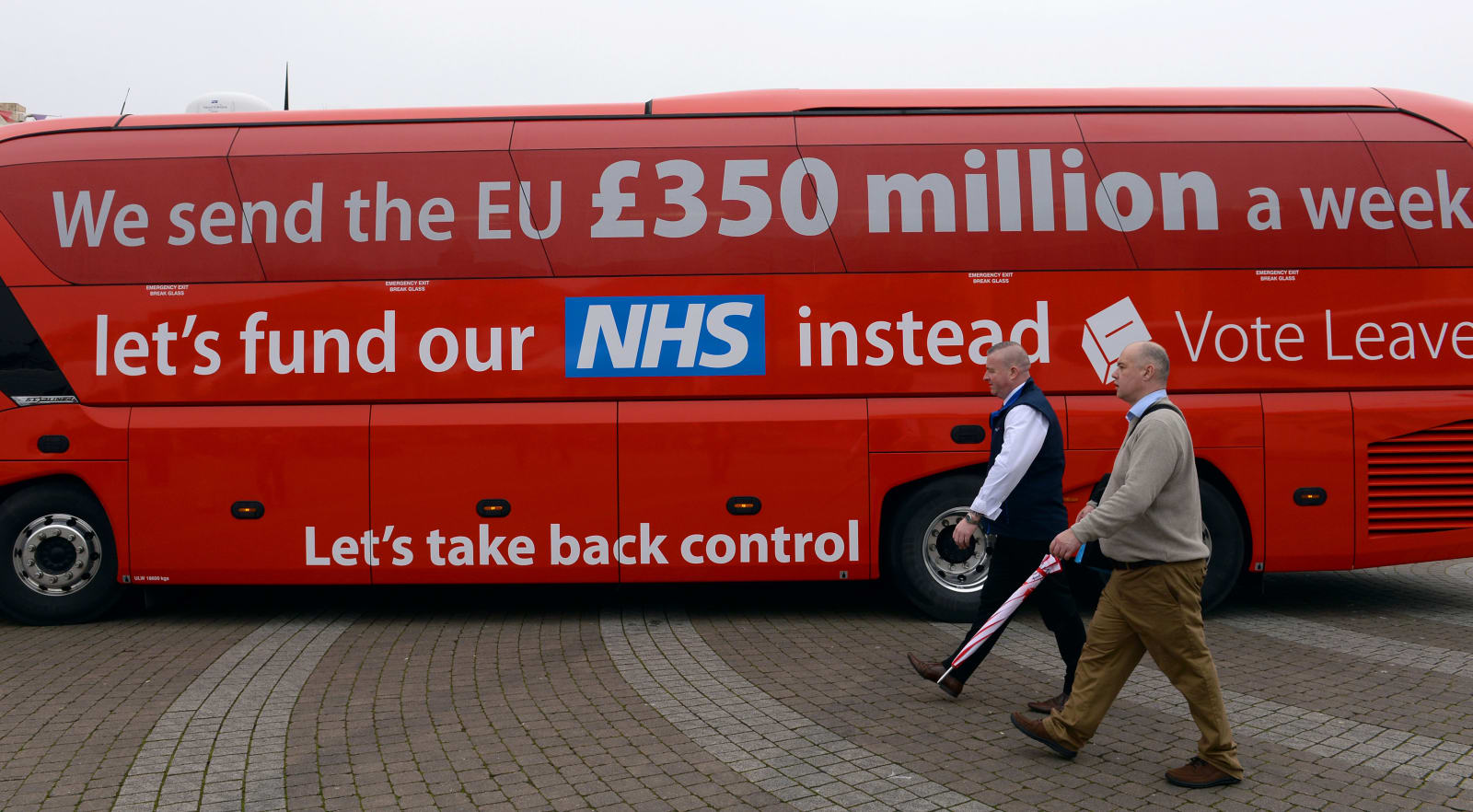 There's also no guarantee we'll ever know the full extent to which noise on the internet shaped public opinion, since it's a pretty complex issue to quantify. And while Russia is taking the brunt of accusations right now, it's by no means the only culprit. A recent report from Freedom House claims that governments in around 30 countries are "mass producing their own content to distort the digital landscape in their favor," with elections in 18 countries being in some way affected by this form of online influencing.

In this article: advertising, brexit, DamianCollins, electoralcommission, eureferendum, facebook, fakenews, gear, google, internet, internetresearchagency, politics, russia, twitter
All products recommended by Engadget are selected by our editorial team, independent of our parent company. Some of our stories include affiliate links. If you buy something through one of these links, we may earn an affiliate commission.