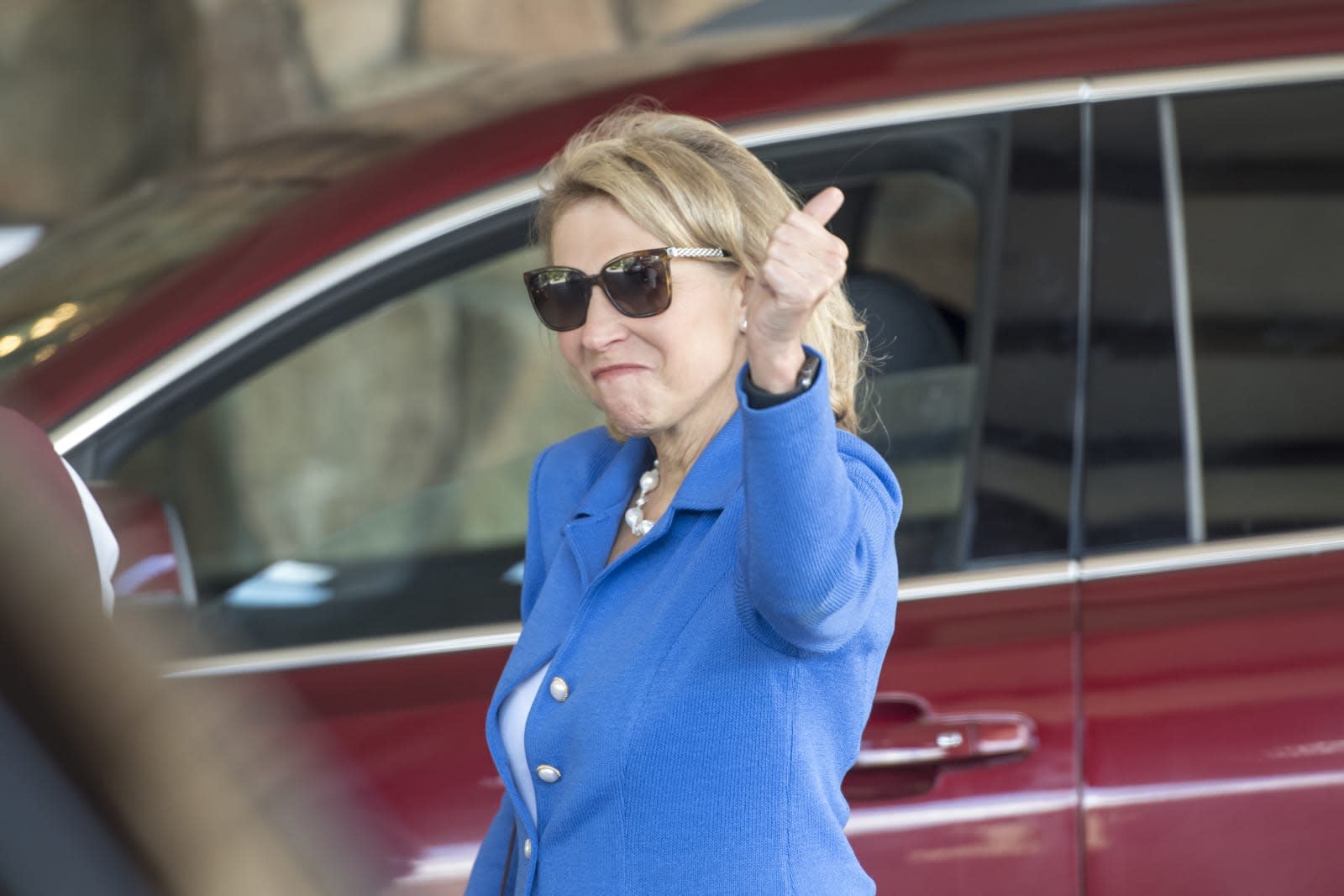 The heads of Viacom and CBS have discussed the prospect of merger, according to Reuters sources. Earlier this month, Viacom CEO Bob Bakish and CBS CEO Leslie Moonves reportedly had an exploratory talk about a potential merger and both companies' boards have scheduled a number of meetings to continue that discussion over the next few weeks.

This has been a bit of a will-they-won't-they situation for quite some time. Shari Redstone (above), president of National Amusements, the company that owns both CBS and Viacom, tried to bring the two companies together back in 2016. But reservations on the part of Moonves and CBS' directors kept that from happening. Two weeks ago, The Wrap reported that merger talks were back on though at the time, Reuters sources said in response that Redstone had brought up the idea to CBS' directors but active merger discussions were not on the table.

The latest reports suggest Moonves has become more open to the idea and other industry consolidations have made a potential merger more appealing. Disney's purchase of 21st Century Fox assets is said to have had an influence. And though both the AT&T/Time Warner and Sinclair/Tribune Media deals have yet to be approved by the FCC, the prospect of those going through is sure to play a role in the renewed CBS and Viacom discussions. In November, the FCC relaxed its restrictions on media consolidations, paving the way for easier approvals going forward. Bringing CBS and Viacom assets under one roof would theoretically give the resulting company more leverage during negotiations with cable companies -- clout that Redstone believes both companies need to remain competitive.

However, while Viacom and CBS may be exploring the idea of merging, by no means is that guaranteed to actually happen. It's all just preliminary for now.

In this article: 21stcenturyfox, ATT, av, BobBakish, business, cbs, disney, entertainment, FCC, LeslieMoonves, media, merger, shariredstone, sinclair, TimeWarner, TribuneMedia, viacom
All products recommended by Engadget are selected by our editorial team, independent of our parent company. Some of our stories include affiliate links. If you buy something through one of these links, we may earn an affiliate commission.