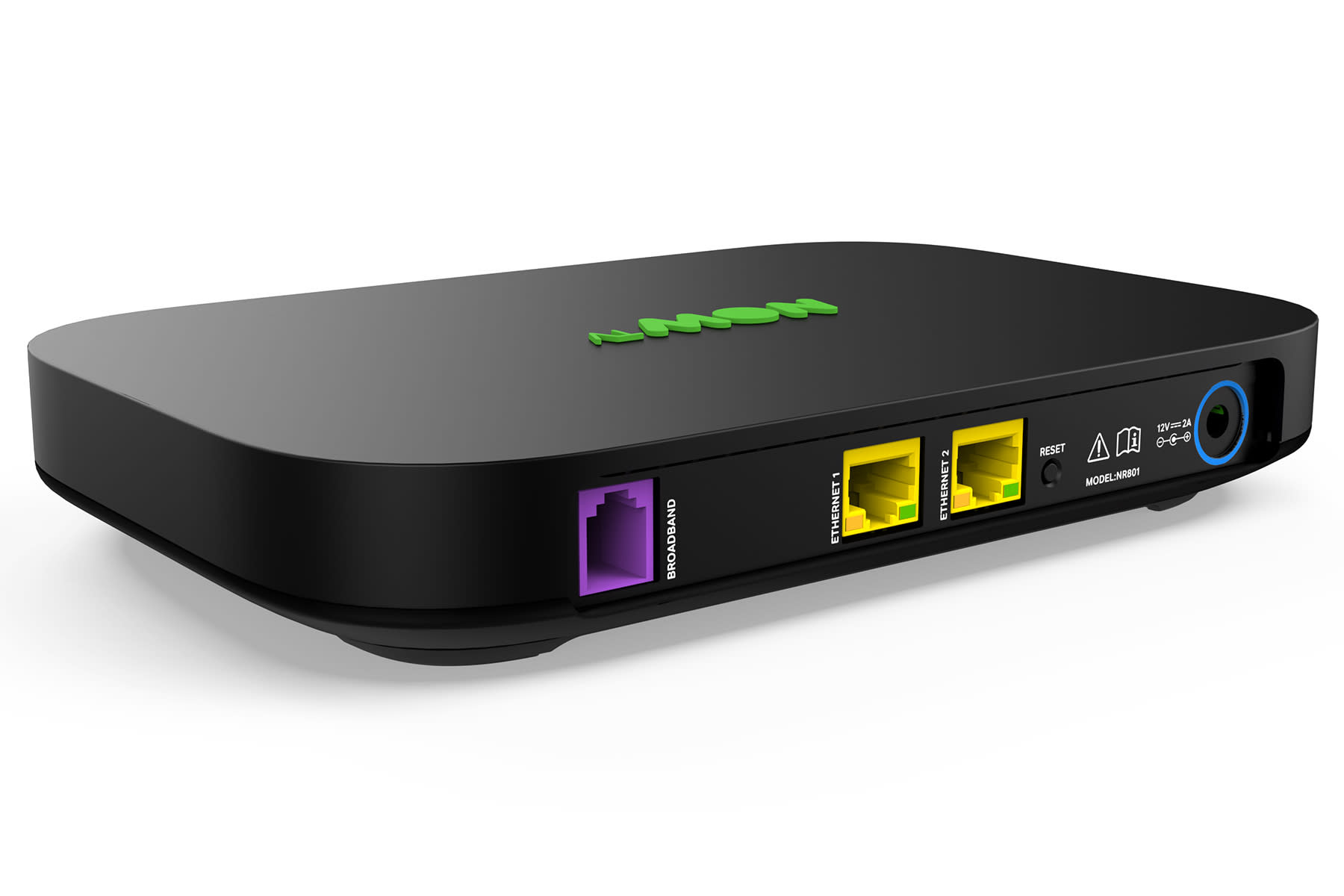 Back in 2016, Now TV extended its Netflix-style streaming service with TV, broadband and landline "Combo" bundles. Now, it's killing those packages and offering broadband as a standalone option. The entry-level package will offer speeds up to 17 Mbps and pay-as-you-go calls for £18 per month. The faster "fab" option (up to 38 Mbps) will cost £25 per month, while the top "super" tier (up to 76 Mbps) will set you back £35 per month. You can choose between a 12-month contract, which requires a £15 activation, and a rolling plan with a £50 upfront fee. Both come with a £10 postage and handling fee too (I'm not sure why it's so expensive to post a router).

It's a strange move. Sky, the company behind Now TV, already offers home broadband in the UK. The prices and download speeds are fairly similar — they're almost identical, actually, save for the contract-free option offered by Now TV. That will, of course, appeal to homeowners that don't want to be tied into long-term plans. Aside from Relish, which relies on a (not always) decent 4G signal, few broadband providers offer such a flexible service. The same was true, admittedly, with Now TV's Combo bundles — but the inclusion of TV and calls meant it wasn't as convenient as Relish.

Now TV and Sky broadband, then, appear to be direct competitors. And it's unclear why you would choose Sky when the same speeds are available with easier cancellation options over at Now TV. We asked a Now TV spokesperson if we had missed something important, and they replied: "The packages are geared towards different audiences. The Now TV audience is more interested in a Freeview solution, while Sky customers opt for a dish." Make of that what you will. Maybe, just maybe, it's an early sign that Now TV is becoming a brand that's as important to Sky, as Sky.

In this article: broadband, business, gear, homebroadband, internet, NowTV
All products recommended by Engadget are selected by our editorial team, independent of our parent company. Some of our stories include affiliate links. If you buy something through one of these links, we may earn an affiliate commission.