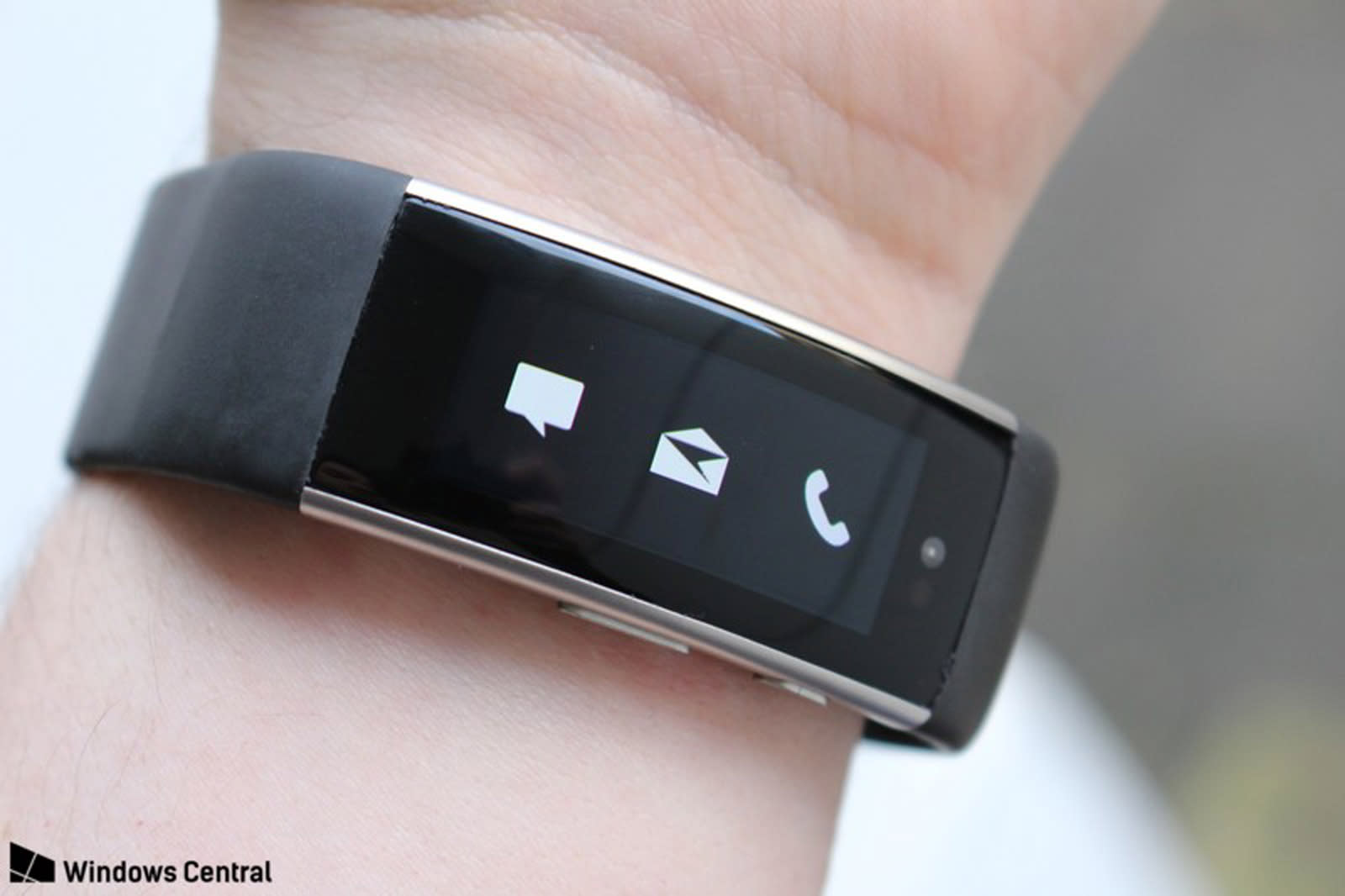 When Microsoft killed its Band wearables, a leak emerged of what was believed to be the cancelled third-generation model. Well, it's real -- and it says a lot about what Microsoft was thinking before it pulled the plug. Windows Central has obtained a Band 3 prototype and given it a shakedown to see how well it would have worked. True to the rumors, the biggest deals were the additions of waterproofing, swim tracking and (most importantly) an electrocardiogram sensor to track your blood pressure. We now know that the Band 3 could tell if you were stressed out, check your body temperature or otherwise track your health beyond fundamentals like heart rate and calorie burn.

This was also going to address some of the Band 2's design issues. The Band 3's clasp was much thinner, so you'd have an easier time slipping it under a shirt cuff. It appeared to be sturdier, too. And charging was considerably faster -- you'd have a full charge in an hour instead of the 1.5 hours of its predecessor. There's RFID tag support, although that wasn't working.

When you combine this with the recent Xbox Watch leak, there's a clear pattern: Microsoft was fully committed to wearable hardware until it made an about face sometime in 2016. While there hasn't been a formal explanation, it seems likely that Microsoft decided that wearable tech just wasn't worth the effort given modest sales and fierce competition. This may also have been part of a broader strategy where Microsoft cut its work on underperforming products (such as Windows 10 Mobile) in favor of more reliable or promising businesses like Windows on PCs, mixed reality, cloud services and the Xbox.

In this article: activitytracker, band, band3, fitness, fitnesstracker, gear, microsoft, mobile, wearable, wearables
All products recommended by Engadget are selected by our editorial team, independent of our parent company. Some of our stories include affiliate links. If you buy something through one of these links, we may earn an affiliate commission.