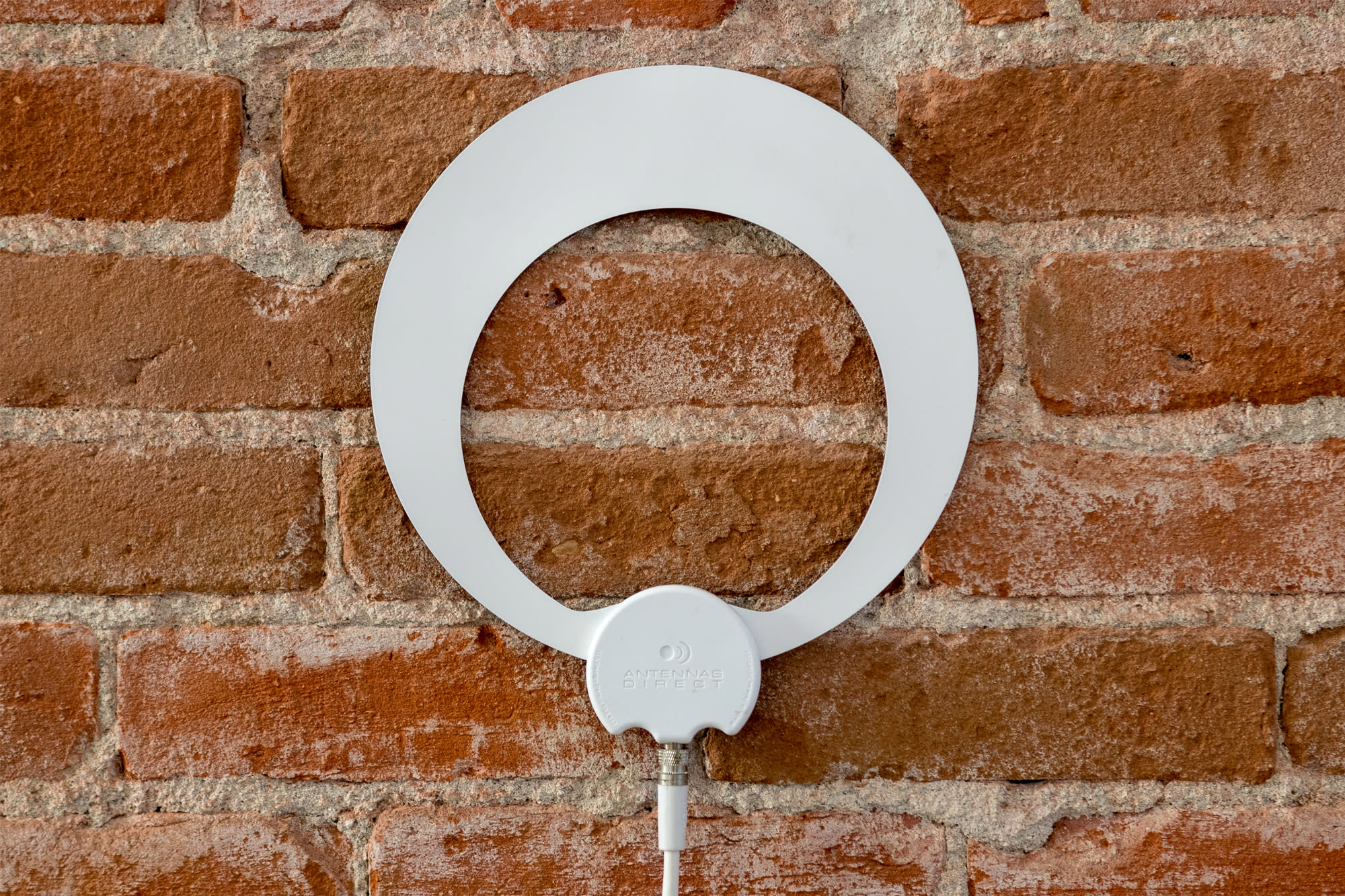 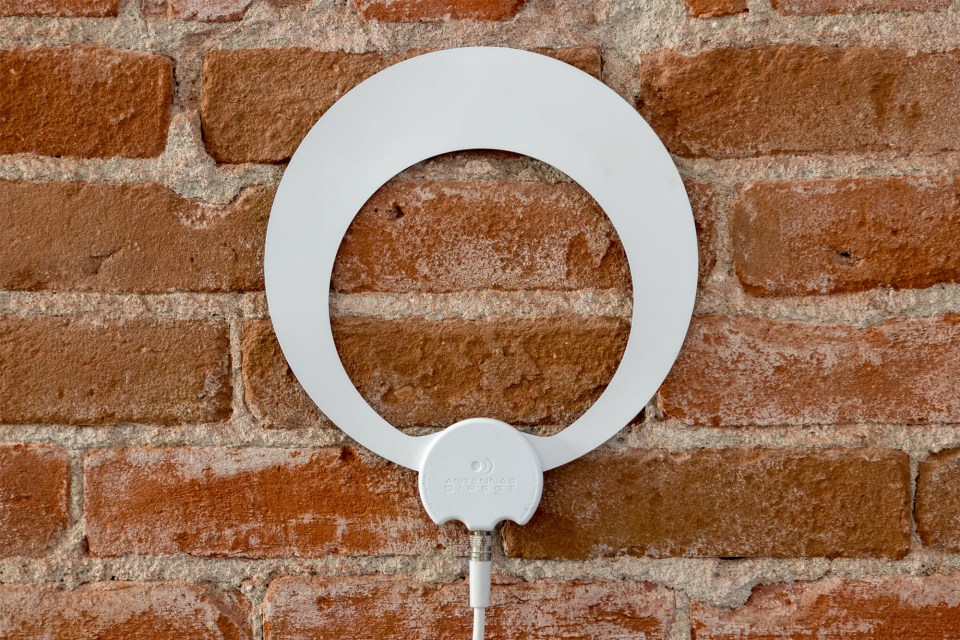 After spending more than 20 hours attaching many antennas to multiple TVs in two different testing locations (one suburban and one urban), watching way too much daytime programming, and compiling objective data from a signal-strength meter, we think the new 35-mile-range Antennas Direct ClearStream Eclipse is the indoor HD antenna with the best combination of features for most users. It matched or outperformed larger models in pulling in TV signals, required less (basically zero) assembly, and was easy to hide. The omnidirectional antenna is double-sided (black on one side, white on the other), equipped with a detachable 12-foot coaxial cable, and designed to stick to your wall without any hardware or tape, so finding the right mounting location is simpler than with the other antennas we tested.

Who should buy an indoor antenna?

Cable, satellite, and FiOS TV subscriptions can be expensive, but often we forget that broadcast TV is still free and features some of the most popular programs from major networks like CBS, ABC, NBC, Fox, The CW, Univision, Telemundo, and PBS. Anyone who wants a cheap and easy way to get HD programming from major and local networks should give an indoor TV antenna a try. They're also a good fit for people who can't or won't install a roof or attic antenna. The models we looked at can be placed in your window, on a wall, or behind your TV; they're designed for a simple, unobtrusive setup. We started by assembling an extensive list of indoor antennas based on the top recommendations from various editorial and customer reviews. There are literally hundreds of indoor TV antennas available, so we narrowed our search to only popular, well-reviewed, and easy-to-find models. We prioritized antennas that came with their own coax cable, though it wasn't a necessity. For the most part, the antennas we tested used flat, omnidirectional designs, though we did try two larger antennas to see if the extra bulk equated to higher quality.

We tested indoor antennas in two locations: Hatfield, Pennsylvania, and Brooklyn, New York. To read in detail about the broadcasting conditions of each location, please see our full guide to indoor TV antennas.

We assessed each antenna by evaluating the signal strength and quality of eight major networks, as well as some local broadcasters. We scanned for channels multiple times with each antenna, and recorded the total number (which was often higher than 40). We also used a Silicon Dust HD HomeRun external tuner to objectively test each channel's signal strength using software.

For good measure, we also built our own antenna using aluminum foil, cardboard, and coax cable. Our "Trashtenna" performed surprisingly well in New York, but fared less favorably in Pennsylvania. It also ripped the first time we tried to move it, proving to be the least durable of the antennas we tested. The Antennas Direct Eclipse attaches easily to most surfaces, without any hardware or tape. Photo: Grant Clauser

In our tests, the 35-mile-range Antennas Direct ClearStream Eclipse proved to be the best-performing antenna in both locations. Its design and extra features, alongside its overall strong performance, made it our pick.

The Eclipse takes the flat-antenna concept in a slightly different direction by eliminating much of the plastic casing. It's essentially a flat, circular piece of plastic with the antenna element inside. Thanks to its tacky Sure Grip substance, you can easily attach and remove the Eclipse from the wall. We love this feature because proper placement of an indoor antenna is almost as important as its design. The Eclipse also includes a 12-foot removable cord.

The sample antenna we tested came with a plug-in amp, and our results with the amp varied depending on where we used it. The amped version costs a little more, and in our tests the unamped antenna worked well enough that we suggest you try that model first, especially if you're within 15 miles of a broadcast station. If you're farther away than that, or separated by mountains or other obstructions, give the amped version a try, and be sure to move the antenna around to find the best location. The Channel Master Flatenna worked pretty well in our tests, but it's cheaply made (you can see the crease in the photo that occurred in shipping). Photo: Michael Berk

If the Eclipse is sold out or otherwise unavailable, or if you just don't want to spend that much money on an antenna, the Channel Master Flatenna is a good alternate.

However, the Flatenna is very basic, with the antenna wire embedded in a flimsy plastic case that's easy to damage. Another knock against it is the short, nonremovable cord. If you plan to mount it behind your TV, the length won't matter, but if you need to move it any farther than six feet from your TV, you'll need to add cable with a coupler.

In this article: antenna, antennasdirect, av, channelmaster, clearstreameclipse, flatenna, gear, hdtvantenna, IndoorAntenna, partner, syndicated, thewirecutter, wirecutter
All products recommended by Engadget are selected by our editorial team, independent of our parent company. Some of our stories include affiliate links. If you buy something through one of these links, we may earn an affiliate commission.