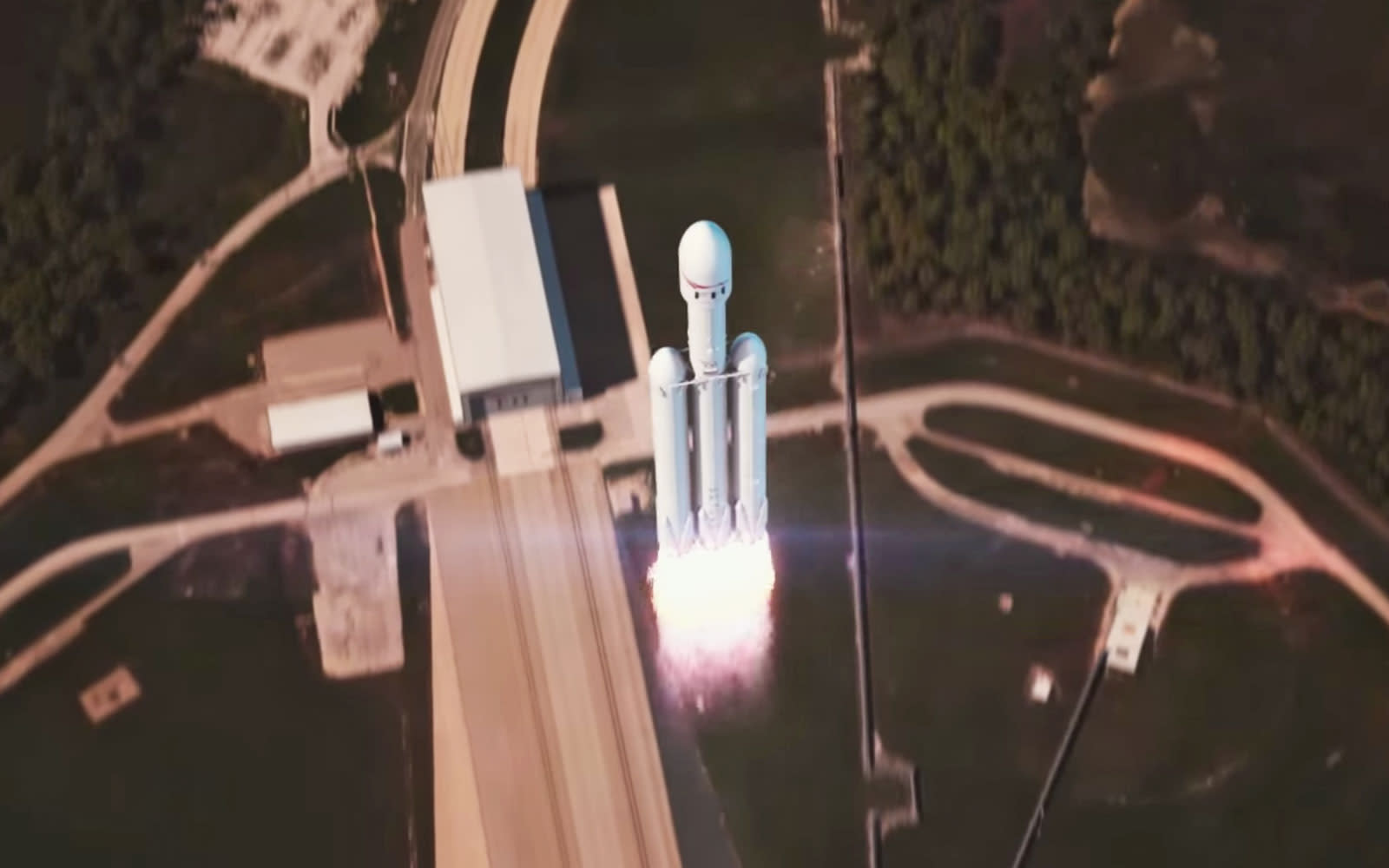 SpaceX will attempt to launch its Falcon Heavy rocket for the first time tomorrow. It's no small feat and a lot could go wrong, but SpaceX has a released a video showing how the launch will work if everything goes according to plan.

The launch window is open from 1:30 to 4:00 PM Eastern and will take place at NASA's Kennedy Space Center in Florida. You can see in the video that after it's launched, two of Falcon Heavy's three boosters will return to Earth, landing back at Kennedy Space Center. The third will keep traveling a ways further but will also eventually detach and land on one of SpaceX's drone ships. Falcon Heavy's payload -- Elon Musk's Tesla Roadster carrying a space suit-clad dummy -- will then continue on its path to Mars. That is, if everything goes well. Musk has said that there's plenty of room for error. "There's a real good chance that it does not make it to orbit," Musk said at the ISS R&D conference last July. "I hope it gets far enough away from the launch pad that it does not cause pad damage –- I would consider that a win."

We'll be watching the launch attempt tomorrow and keeping you up to date on how it goes. We'll also have a livestream of the event ready for you if you want to follow along. No matter what happens, tomorrow stands to be an incredibly exciting day and one that could push space travel technology further than it has ever been before.

In this article: ElonMusk, FalconHeavy, gear, mars, RocketLaunch, space, spacesuit, SpaceTravel, spacex, TeslaRoadster, TL18FALC, transportation, video
All products recommended by Engadget are selected by our editorial team, independent of our parent company. Some of our stories include affiliate links. If you buy something through one of these links, we may earn an affiliate commission.