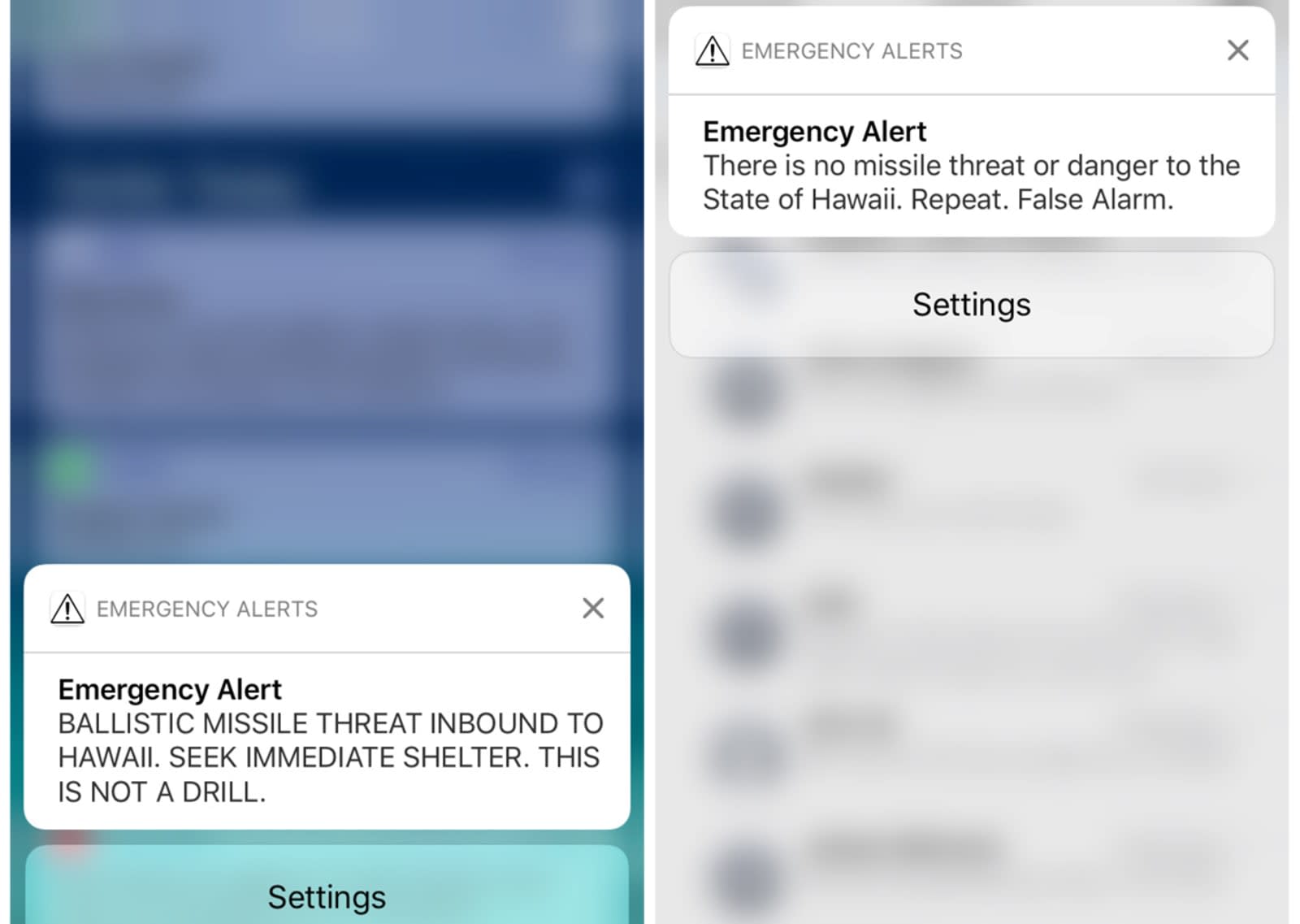 US senator Brian Schatz of Hawaii announced back in January that he wants take the responsibility of sending missile alerts away from state and local governments. Now he and fellow Senators Kamala Harris and Cory Gardner have introduced a legislation that would give feds the sole authority to send out missile threat notifications. Under the bill, called Authenticating Local Emergencies and Real Threats (ALERT) Act, the Department of Defense would be able to send notifications to the public using the same system US Presidents use to issue warnings in the event of national catastrophes.

The DoD doesn't have to go through local authorities anymore, something Schatz thinks is ideal, because "[t]he people who know first should be the people who tell the rest of us." Schatz conjured up the bill after the false alarm that went out in his state showed how flawed the emergency alert system is. Based on the results of its investigation, the FCC found various elements that contributed to the major gaffe, including the alert system's poor user interface, the lack of sufficient verification system and the absence of tools authorities can use in the event of a false alarm. Indeed, it took Hawaii's officials 38 minutes, which must have felt like hours to the people there, to send out another message that a missile wasn't actually incoming.

"What happened in Hawaii can never happen again -- people terrified by the false alert of a system that must have absolute confidence," Senator Gardner said in a statement. While the bill wants to remove the authority to issue missile alerts from the local government, it doesn't want to leave them clueless about what's happening. It would also require FEMA to conjure up a process to quickly notify state authorities when a missile is on its way. That way, they can launch their own evacuation and protective plans as soon as possible.

In this article: alertact, bill, gear, hawaii, legislation, missilethreat, politics
All products recommended by Engadget are selected by our editorial team, independent of our parent company. Some of our stories include affiliate links. If you buy something through one of these links, we may earn an affiliate commission.