What's next for SpaceX after its successful Falcon Heavy flight?

An even bigger rocket is on the horizon.

Yesterday, SpaceX successfully launched its Falcon Heavy rocket to much fanfare. After numerous delays due to upper-level winds, the rocket lifted off at 3:45 PM ET on Tuesday. The rocket worked perfectly, delivering the test payload into orbit (a red Tesla roadster) and coasting for six hours before performing another engine burn to take it deeper into the solar system. SpaceX was even able to land two of the three boosters in beautiful synchronization. The core booster was lost because of low propellant; it slammed into the ocean at around 300 miles per hour, 300 feet from the drone ship.

This is a huge milestone for SpaceX. The question now is: What's next?

There were a lot of expectations pinned on this rocket, if not this specific launch. It would have been disappointing (rather than catastrophic) if the rocket had failed; SpaceX could have attempted another Falcon Heavy launch in a few months, assuming the launch pad survived. It was a test flight, not a make-or-break launch. But it was crucial for what's to come.

With the successful Falcon Heavy maiden voyage, SpaceX has proven that it's capable of lifting massive cargo into orbit. The rocket is, after all, now the biggest and most powerful operational rocket in the world. It's second only to the Saturn V rockets of the Apollo era in terms of lift power to low Earth orbit (though the Space Shuttles had more thrust power at launch).

This means that SpaceX now has a launch vehicle capable of lifting over twice the payload of any other operational rocket. But right now, the Falcon Heavy only has a few additional launches scheduled. Customers include a Saudi Arabian communications satellite, the US Air Force and a test of solar sail technology from The Planetary Society. However, as NASA's own behemoth rocket, the Space Launch System (SLS) continually overruns budgets and is delayed, it's conceivable the organization could turn to SpaceX for its heavy-lift needs. Additionally, now that SpaceX has proved the Falcon Heavy works, it will encourage more customers to book launches. 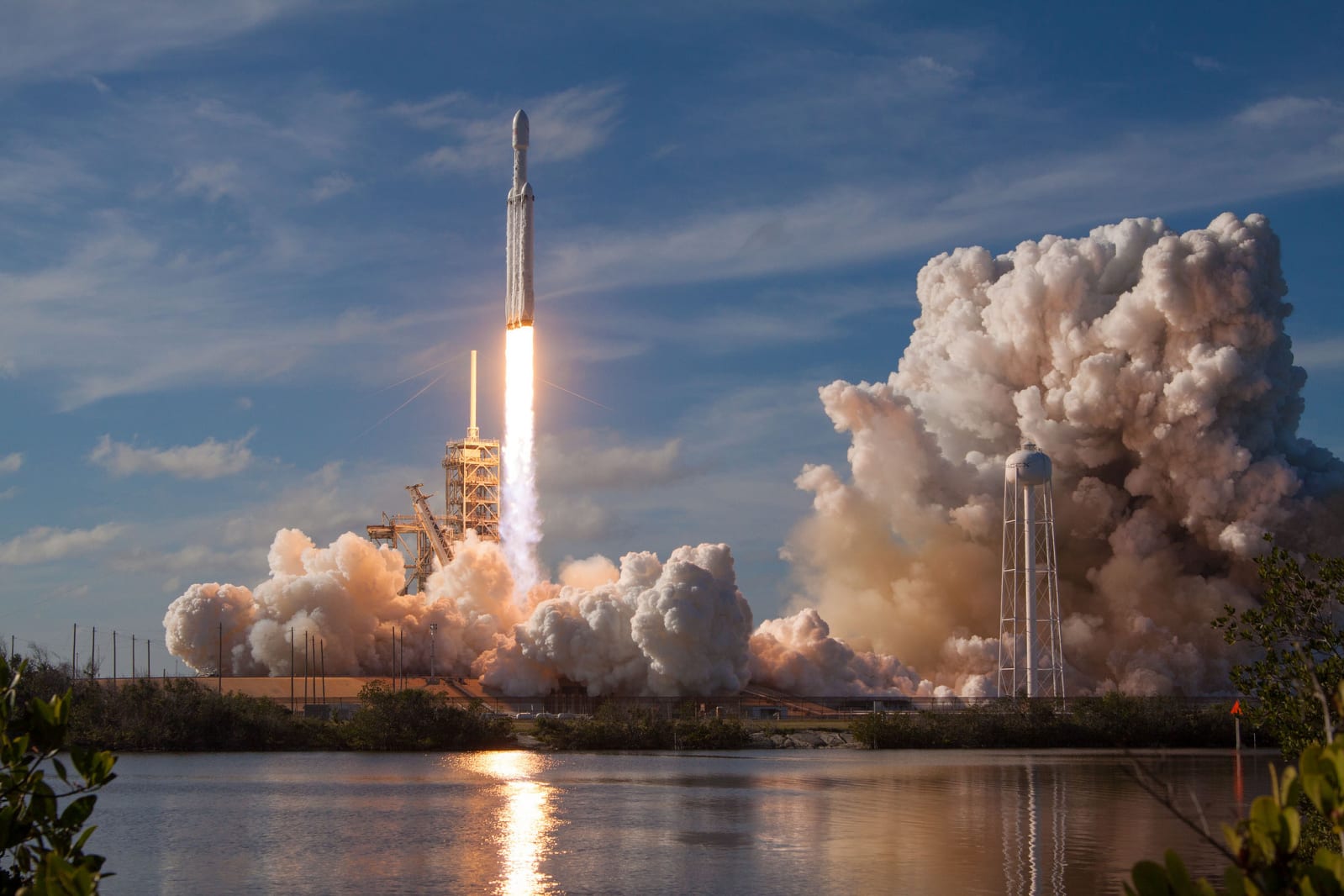 The Falcon Heavy's low price is another mark in its favor. While there isn't a lot of transparency around how much the rocket launches cost, it's clear that SpaceX is generally priced lower than its competitors. Last year, Ars Technica analyzed a 2014 Government Accountability Office report for the cost estimates for launches with rival United Launch Alliance, and came up with a predicted $422 million per launch. In comparison, the Falcon Heavy (which can lift significantly heavier payloads to low Earth orbit) is advertised at $90 million per launch on SpaceX's website. Additionally, on the post-launch press call, Elon Musk stated that the Falcon Heavy project's total cost was about $500 million. The cost of NASA's SLS, when all is said and done, will be about $1 billion -- per launch.

But SpaceX isn't stopping with the Falcon Heavy. On the pre- and post-launch press calls, it was clear that while Musk was excited about the Falcon Heavy, he had already turned his attention to something bigger: the BFR (or Big Fucking Rocket).

"I was looking at Falcon Heavy, and thought it's a bit small," Elon Musk said on the pre-launch press call.

Musk surprised reporters when he revealed that the Falcon Heavy would likely not be human-rated (certified to carry people). Instead, development on BFR has been going so well that the company now envisions skipping human-rating the Heavy entirely.

The BFR is a reusable spaceship/rocket combination designed to deliver payloads (and people) into orbit as a part of SpaceX's Interplanetary Transport System. According to Musk, the booster (called the BRB, or Big Rocket Booster) will return to Earth, much like the Falcon 9 and Falcon Heavy, around 10 minutes after the rocket takes off. The ship is actually the more complex part of the equation. Building a reusable spacecraft that can survive the heat of Earth reentry is incredibly challenging; it was one of the most difficult parts of designing the Space Shuttle.

But the BFR's spaceship isn't designed to just hang out in low Earth orbit. The Falcon 9 can take care of that; it's designed to head out beyond our orbit. That much-hyped moon tourist flight? That will now take place on the BFR instead of the Falcon Heavy, according to Musk. But this also means that the ship has to be able to survive reentry at interplanetary, rather than orbital, velocities. The spaceship portion of the BFR might be ready for "short hopper flights" as early as 2019, said Musk, with a full test flight in the next three to four years. 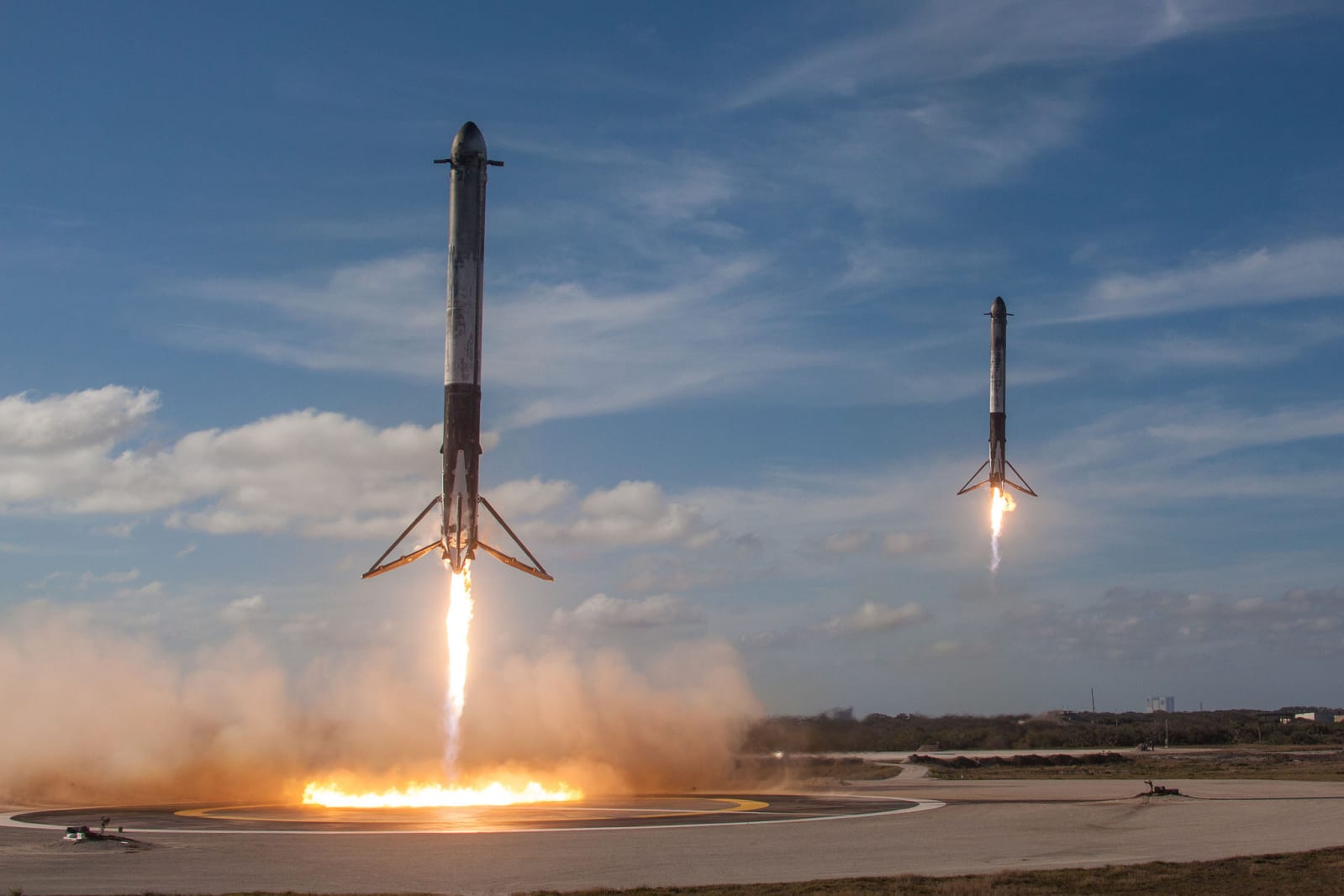 The bottom line is that development on the Falcon Heavy is pretty much over. Musk is happy with its performance and ready to turn it into a workhorse rocket. Musk commented that SpaceX could even strap another two boosters to the rocket to make it even more powerful, labeling it the "Falcon Super Heavy." Indeed, the versatility of the Falcon Heavy launch is one of its strongest attributes. "It's up to customers what they might want to launch," Elon Musk said at a post-launch press conference. "But it can launch things direct to Pluto and beyond. No stop needed."

That being said, the end product of the Falcon Heavy is largely finalized. "Most of our engineering resources will be dedicated to BFR," Musk said. It makes sense -- after all, the ambition of the BFR is quite breathtaking, and it's not going to be easy. Though SpaceX's achievements may seem effortless, it's anything but. This week, Musk revealed to reporters that the Falcon Heavy program was almost canceled three times because of its sheer difficulty. It turned out that creating a heavy-lift rocket was a lot more complicated than strapping three Falcon 9s together, and making a human-rated interplanetary travel system is going to be even more difficult.

From the aforementioned challenges of reentry to the sheer size of the booster and its 31 massive engines, there's a lot to figure out. And there are no guarantees that SpaceX will be able to do it. Considering its track record, though, it seems safe to say the company is well-suited to making it happen.

While the Falcon Heavy was indeed a huge step forward for SpaceX and the test launch went better than anyone could have anticipated, it's clear that this is just a steppingstone in SpaceX's ambitions. The achievement is notable in and of itself, but it's even more remarkable for what it heralds: a new era in interplanetary spaceflight and a bright future for the ambitions of SpaceX.