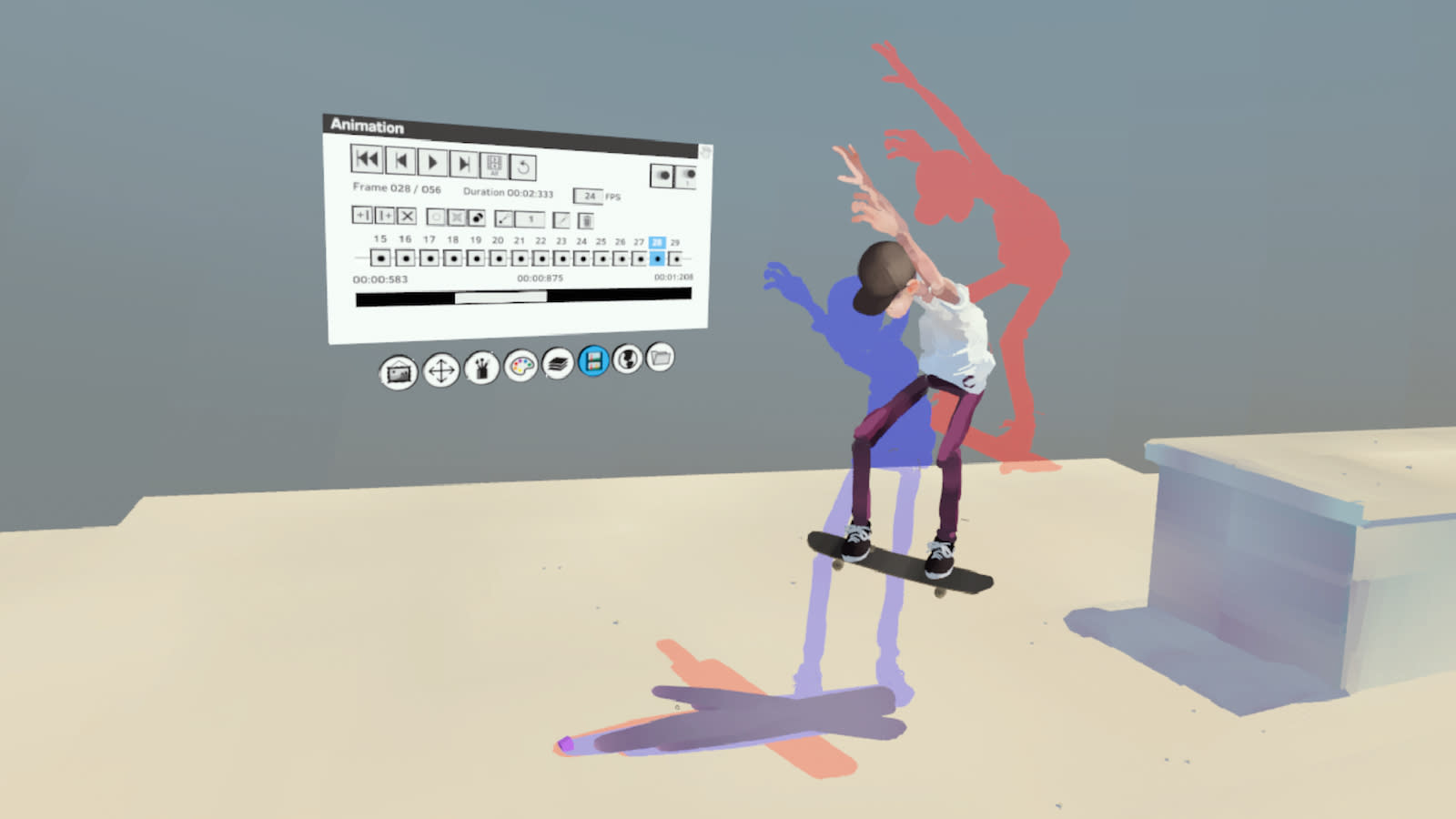 For those interested in creating 3D art directly in VR, the update to Facebook's Quill released today should be good news. The update includes new animation tools like free frame-by-frame redrawing, copy-and-re-pose animation and an animation brush that let artists bring their drawings to life directly in Quill. "These tools open the door for a whole new kind of storytelling, with VR characters who move and perform in scenes and environments that are more alive than ever," Facebook said in a statement. "Inspired by the early hand-drawn animation of the 1920s, but powered up with modern technology and native VR workflows, Quill animation brings a new level of freedom to artists in this rapidly emerging medium."

Quill was used to create the Emmy-nominated Dear Angelica, and with the animation tools released today, Facebook says that production times can be significantly shorter than when traditional 3D animation software is used. In tests of the new tools, artist Goro Fujita completed his animated short film Beyond the Fence in only three weeks.

Facebook says there's more in store for Quill. "We're working on many more Quill updates and features, including the ability to discover and watch animated Quill stories in Facebook Spaces with friends," it said. "Today's Quill animation tools are one step toward that future as they empower artists to push the boundaries of VR-native storytelling — to invent a new kind of narrative that's not just compellingly watchable, but fully immersive and perfect to be shared together."

In this article: 3D, animation, art, DearAngelica, drawing, facebook, gear, oculus, quill, vr
All products recommended by Engadget are selected by our editorial team, independent of our parent company. Some of our stories include affiliate links. If you buy something through one of these links, we may earn an affiliate commission.