Instead, it's all about virtual characters.

As one of the founding members of Oculus Story Studio, Edward Saatchi has spent years exploring how VR can be used to make narratives more immersive. But with Fable Studio, his latest virtual reality outfit,
Saatchi has come to a surprising revelation: The future of storytelling doesn't lie in VR movies. That's an odd but interesting stance for someone who's devoted years of his life to the potential for VR narratives. Instead of trying to mimic the experience of films through virtual reality, Saatchi believes there's even greater potential in designing realistic characters for AR and VR. Imagine a virtual companion that can learn over time and interact with you and your family naturally. 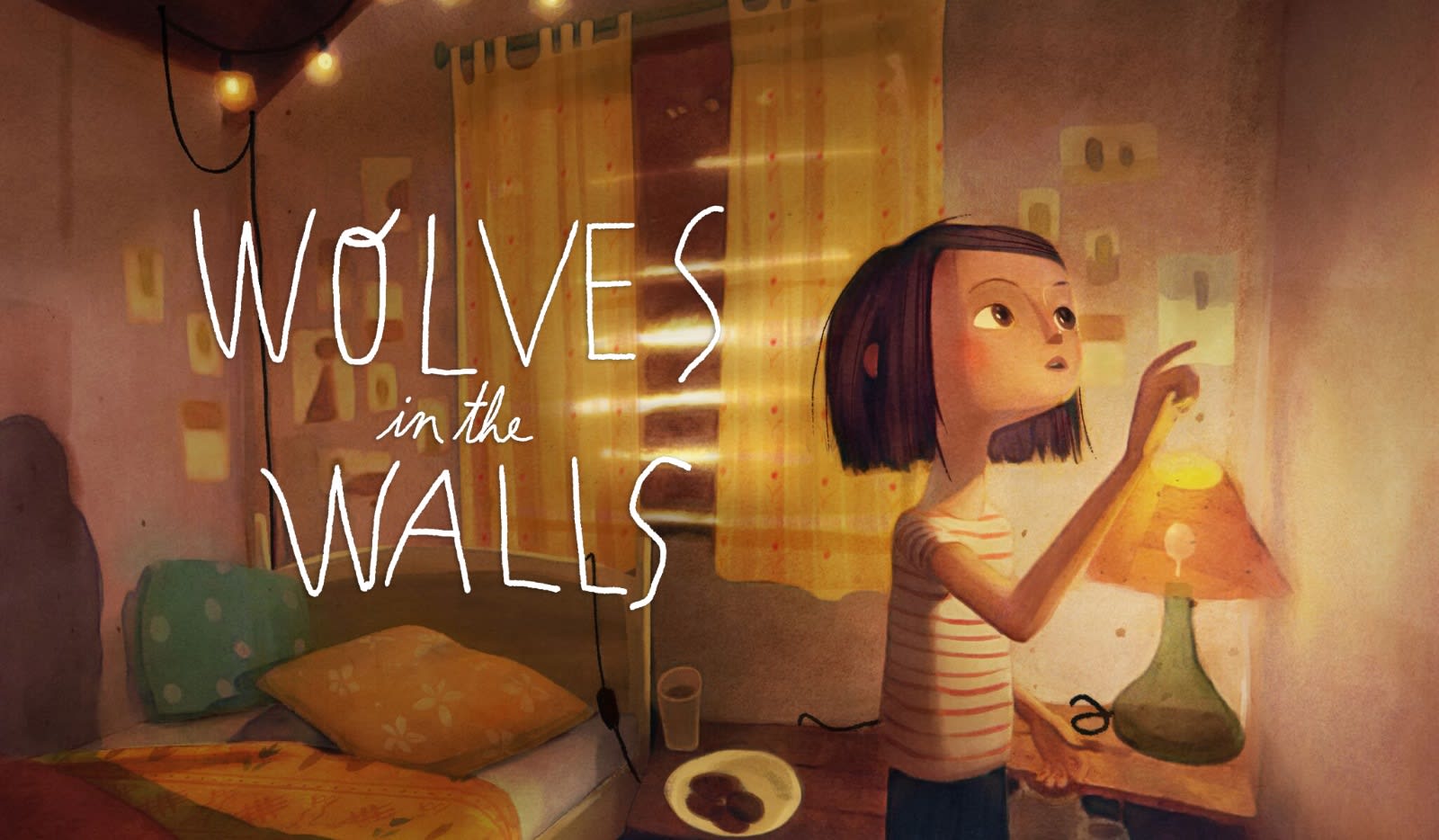 That goal starts with Lucy in the studio's upcoming release, The Wolves in the Walls. She interacts with you naturally by doing things like handing you objects and reacting to where you're looking during a conversation. She can also remember what you've done and bring it up later. Since Wolves has been in the works for a few years now (it was originally an Oculus Story Studio project), it's still a pretty traditional VR narrative. You play as Lucy's imaginary friend and experience the story fairly linearly. But for Saatchi, it's the first step toward his dream of the ideal virtual personality.

"We almost feel that we relaunched not as a VR movie studio but a company focused on a really hard technical and creative problem, which is [developing] an interactive character," Saatchi told Engadget. "Instead of abstracting it from Lucy or from a character who's seemingly alive and saying, 'We're just building tech over here,' that's totally wrong." Simply put, he thinks viewers respond more to actual characters rather than archaic game-engine updates.

Saatchi recruited designers from some of his favorite interactive games, including people who've worked on the character Elizabeth in Bioshock Infinite, Ellie in The Last of Us and the canceled but infamously ambitious Steven Spielberg project LMNO. He also brought on Doug Church as a consultant, a designer who worked on LMNO and is well known for developing groundbreaking games like System Shock.

"From the very beginning, I think what set us apart in the studio was that the people leading it all loved video games and narrative games," Saatchi said. "I think a lot of VR studios out there often were led by people who didn't [love games]. I've been playing narrative games since I was five ... When we founded Story Studio, it was the intersection of immersive theater, narrative games and cinema.... I haven't had as many friends who have a good sense of immersive games, like Gone Home, Tacoma and Virginia."

In many ways, VR filmmaking today resembles the early days of cinema. Initially, directors tried to replicate their experience on the stage, so they placed a camera down and shot films as if the audience were sitting in the front row of a theater. It took a while for artists to truly understand the power of cinematic language -- things like editing and creative camera placement. Similarly, Saatchi thinks much of VR cinema today is trying to replicate what we know from films. Three-hundred-sixty-degree VR videos are indeed more immersive than 2D films, but they still follow plenty of the same rules. And even more-interactive virtual reality experiences often reflect what we know from cinema rather than expand on it.

"For us, four years ago, we were like, 'This is the place: immersive theater, narrative games!'" he said. "With Lost we created the first VR movie with a beginning, middle and end. With Henry, we won the first Emmy [for VR]. Dear Angelica was the first film made in VR [using the app Quill]. I love how unhinged [our work] is from game engines. Looking at it from the point of view of early games, people just making their content and not realizing they were building game engines, I think it's the same with Dear Angelica. We're building an engine, but really it's out of love for telling that particular story.

"Four years ago, our vision of where [narrative VR] might go was pretty much Wolves, to be honest," Saatchi added. "Now that we're actually close to that vision, I don't think that's the future."

Instead, he envisions a "cross platform interactive character" that's viewable through augmented reality glasses, similar to Microsoft's HoloLens and Magic Leap's One. He imagines coming home to find his kids wearing AR glasses and being read to by an AR character, almost like a caretaker. When they want to watch TV, it could sit on the couch with them and respond to what's on the screen. Saatchi likens it to Joi in Blade Runner 2049 -- a character who isn't quite conscious but is smart enough to interact with you realistically.

"I could see a world where the GUI [graphical user interface] for spatial computing is not Minority Report or even HoloLens," Saatchi said. "It's called spatial, meaning 3D. So what do I get information from that's 3D? People. Instead of the GUI being tied to the mouse and keyboard or a touchscreen, it might be an interactive character, like Alexa and Siri."

He points to Spike Jonze's Her as an example -- but he's not as interested in the lead AI, voiced by Scarlett Johansson. (Surprisingly enough, Saatchi is skeptical about "perfect" AI being possible in our lifetime.) Instead, he's enamored with the tiny, foul-mouthed video game character that steals the film for a few scenes. It seems realistic because it's a bit subversive and unexpected. Interacting with a character like that is far more seamless than putting on a VR headset and sitting through several experiences, all the while disconnected from the world. Even Saatchi, who's built a career around VR, describes wearing a headset as being "pretty stressful."

"When I start to project out, I imagine a writer's room that's not trying to build 19-minute chunks of story for movies or even five-year arcs for TV shows," he said. "Instead, it's a writer's room for building one character. The team that created Joi in Blade Runner 2049 had to create massive amounts of story work, memories and anecdotes for her, so you'd feel a sense of vulnerability. I think that might be the most interesting place for storytellers to focus."

Of course, to make this vision a reality, we need affordable and effective AR and VR glasses. Based on what we're hearing about Magic Leap's glasses, it seems like we're getting close to that future -- but it'll still be a while before everyone can afford them. Saatchi says the AR experiences he's seen were so realistic that he ended up moving around the space that characters were occupying even after they'd disappeared.

Looking ahead, Saatchi sees the version of Lucy in The Wolves in the Walls as version 1.0. The next step will be creating an AR version of Lucy, one who can identify and interact with multiple people. (You can see a glimpse of what that character could look like in his company's promotional trailer, above.) As Fable Studio moves forward, Saatchi also plans to keep the failures of overly ambitious narrative experiments in mind. Nobody wants a repeat of Peter Molyneaux's Project Milo, after all.