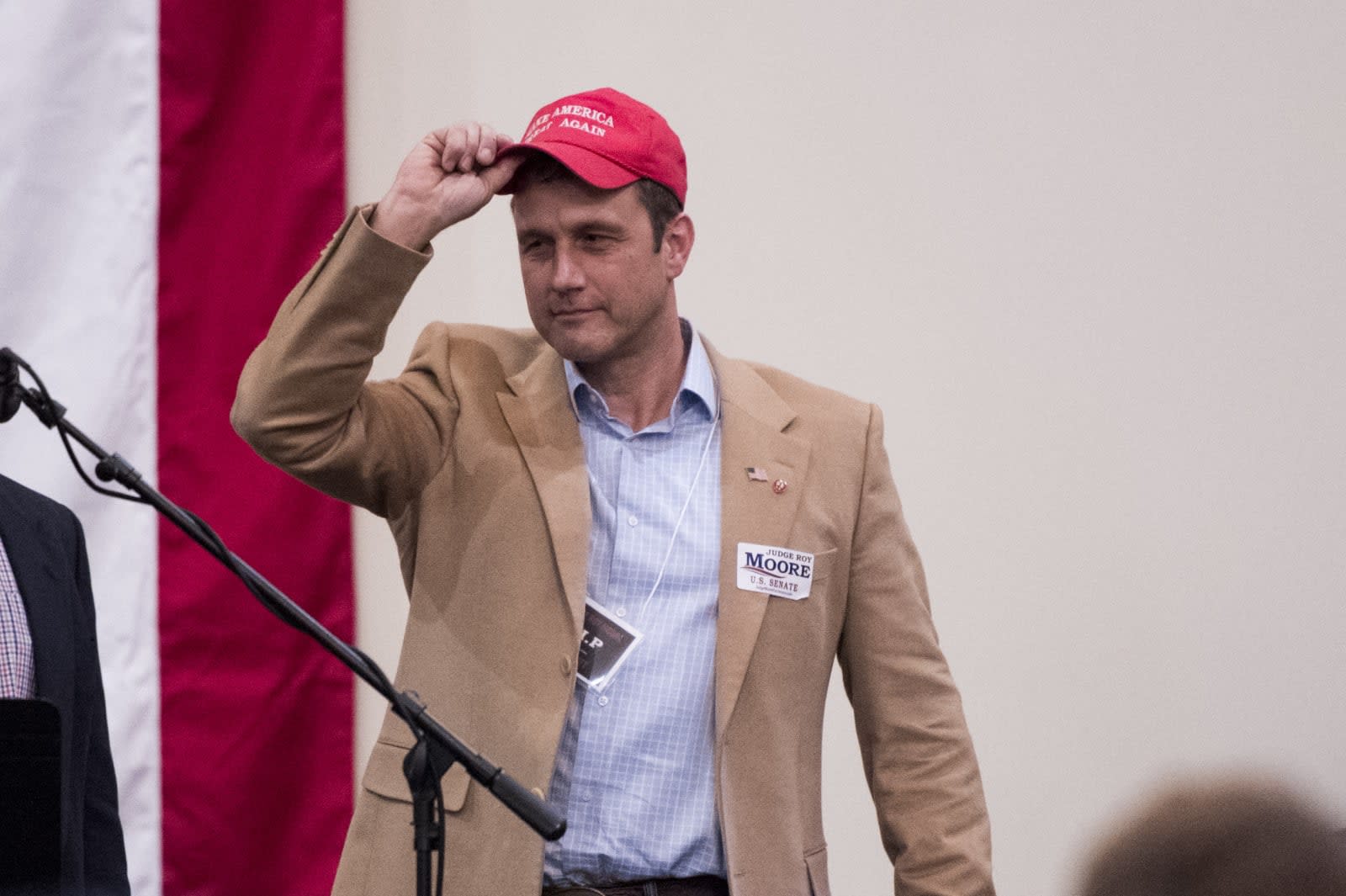 Twitter is continuing to act on its promise to fight hate speech, however imperfectly. The site has banned Wisconsin Congressional candidate Paul Nehlen after he posted a racist image that placed the face of Cheddar Man (a dark-skinned British ancestor) over actress and soon-to-be-royal Meghan Markle, who's mixed race. The company said it didn't normally comment on individual accounts, but said the permanent suspension was due to "repeated violations" of its terms of service.

Nehlen, who's hoping to unseat Paul Ryan in the 2018 mid-term elections, has a long history of overtly expressing his racist views. Twitter suspended him for a week in January over anti-Semitic comments, and he has regularly promoted white supremacist ideology. In private, he used direct message groups to coordinate harassment campaigns. Breitbart supported Nehlen's ultimately unsuccessful run against Ryan in 2016, but distanced itself from him in December 2017.

The candidate hadn't formally commented on the ban as of this writing, but a Facebook post of his tried to portray the suspension as censorship.

This doesn't mean that Twitter has become more proactive or consistent in its enforcement. The ban came when Nehlem's racism was garnering a lot of publicity, and long after it was clear this behavior was par for the course. Still, it shows that the company is willing to take action against notable political figures when they violate its policies... to a degree.

In this article: alt-right, ban, gear, gop, hate, hatespeech, internet, paulnehlen, politics, racism, republicans, twitter
All products recommended by Engadget are selected by our editorial team, independent of our parent company. Some of our stories include affiliate links. If you buy something through one of these links, we may earn an affiliate commission.
Share
Tweet
Share