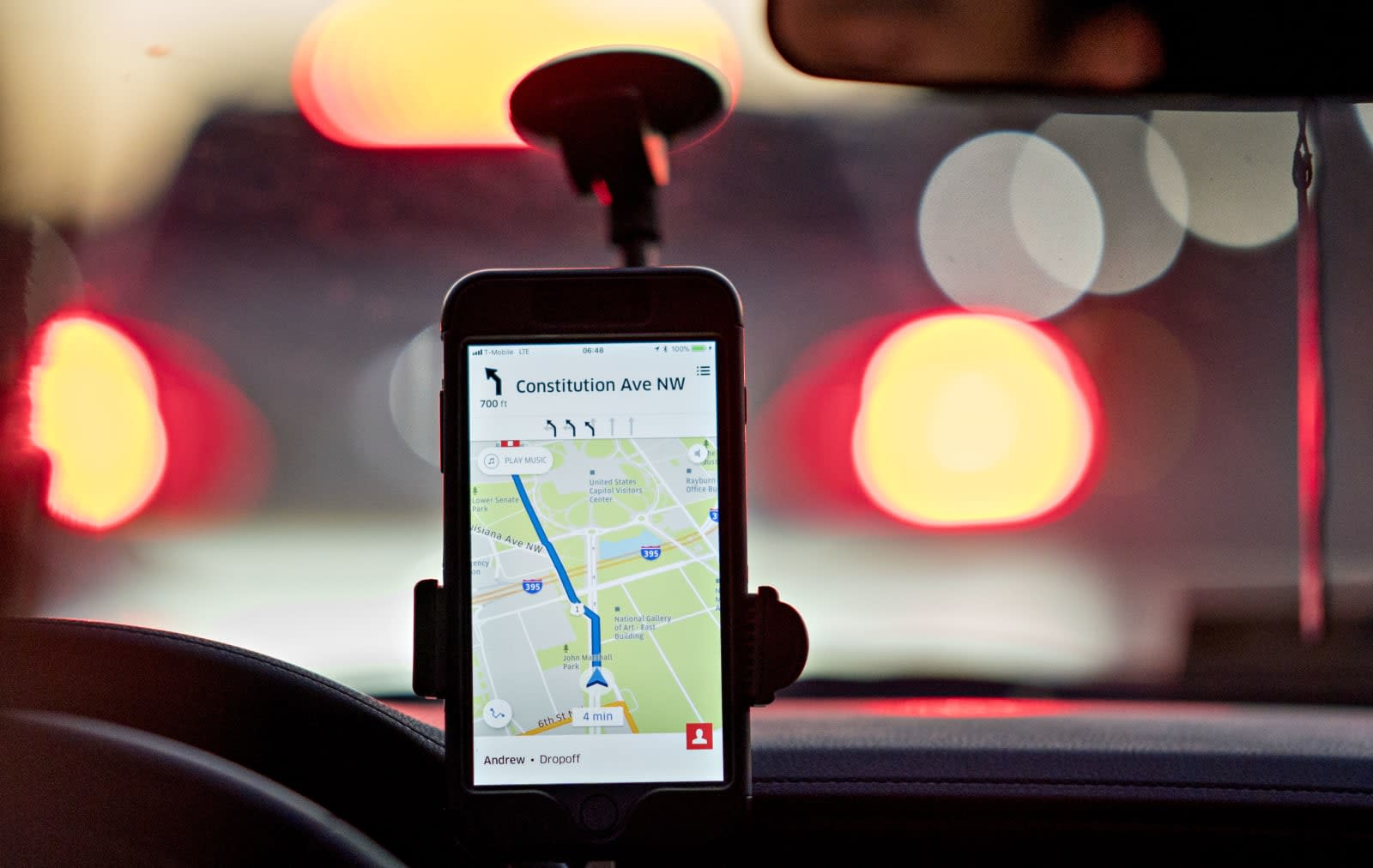 With its latest app update, Uber is forcing US drivers to take a six hour break after working 12 straight hours. The company implemented a similar feature in the UK earlier this year, but lets American drivers work two hours longer. The app will issue three warnings, starting after 10 hours of straight driving, before going offline and forcing drivers to stop. The aim is to put a halt to drowsy driving that causes 4,000 accidents a year, the company said in a statement.

The feature will count most driving time, including being stopped at a light, with the exception of a few things like when you're waiting in an airport parking lot. Uber said it drew on driver experience and road safety groups to calculate the totals. "There's definitely a lot of third-party expertise that has gone into our thinking," Uber safety head Sachin Kansal told TechCrunch. "But it's also that we know how our drivers drive, we know road conditions, so we have baked all that into it as well."

The change won't affect most drivers, as over 60 percent don't use Uber more than 10 hours a day. It's quite likely that the app won't even stop those who work more than 12 hours. Sherpashare, a driver assistant app, estimated that nearly three-quarters of drivers use more than one service. That would enable them to, say, use Uber for the first part of a day, then flip to another and keep working as long as they want.

Nevertheless, Uber put a lot of thought into the feature before implementing it in the US. Based on data it gathered in the UK, Australia and elsewhere, it introduced the extra notifications so that the limit doesn't surprise drivers when they hit it. Rival Lyft offers a similar feature, but lets drivers operate 14 hours before shutting them off and doesn't offer as many notifications.

In this article: App, Breaks, DrowsyDriving, fatigue, gear, Offline, rest, transportation, Uber
All products recommended by Engadget are selected by our editorial team, independent of our parent company. Some of our stories include affiliate links. If you buy something through one of these links, we may earn an affiliate commission.