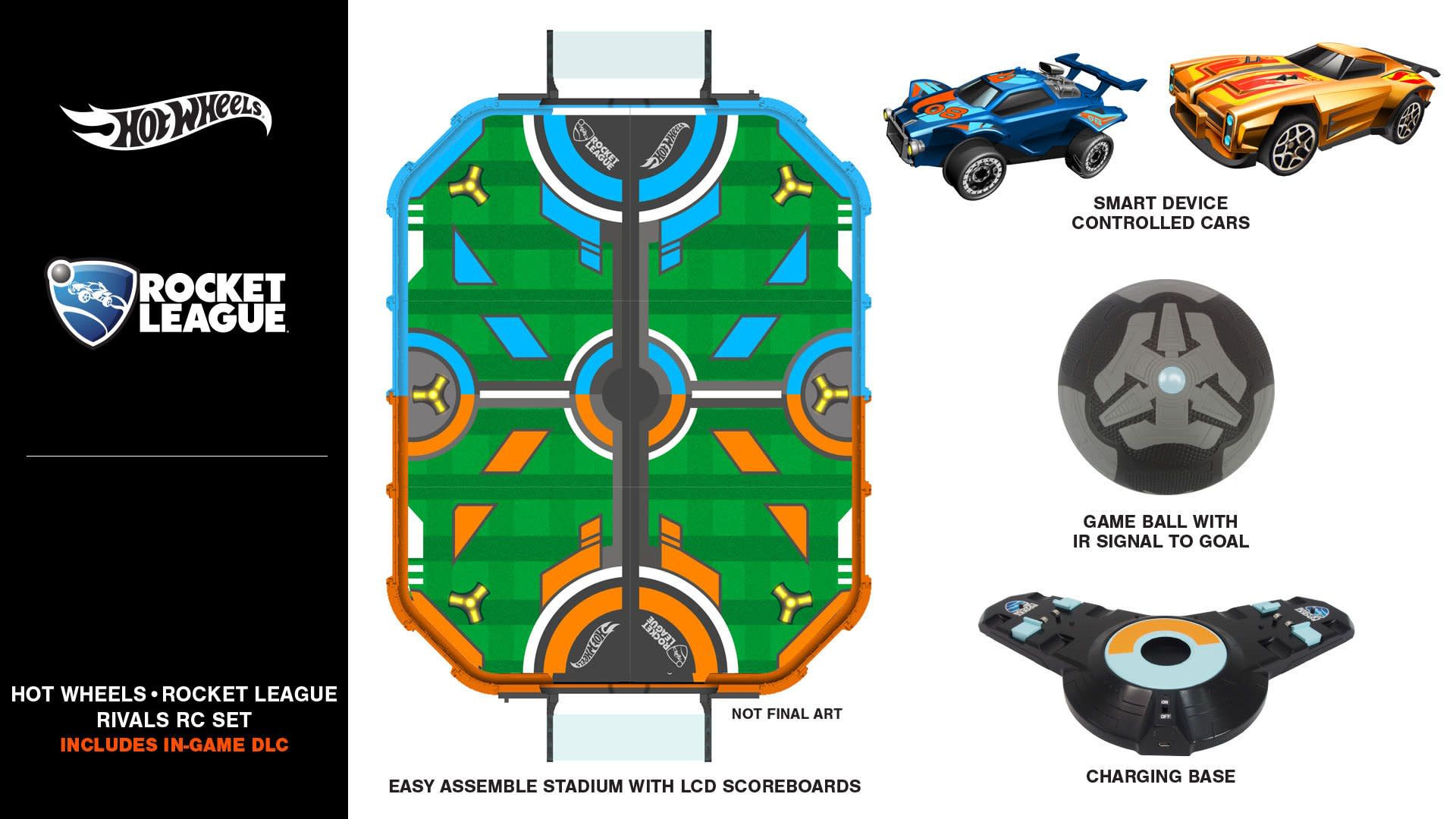 After arriving on the Nintendo Switch in November, there's few places Rocket League hasn't reached -- but soon it will hit the real world. No, not in actual rocket-boosted vehicles, which would be way cooler to watch than a show about its eSports competition. Instead, fans will soon be able to race around in Hot Wheels-brand RC car replicas of the in-game vehicles.

To be fair, the toy company isn't just selling a pair of Rocket League-themed remote controlled vehicles and calling it a day. The pair of cars, mocked up like in-game models Octane and Dominus, come in a kit with an oversized ball and mat that unfolds to look like the in-game stadium. No, the boost pads don't work, but at least it should come with an LCD scoreboard. Players control their cars over Bluetooth using smart devices.

The RC car kit follows the latest in the odd marriage between Rocket League's studio Psyonix and Hot Wheels, which first slipped some classic cars into the game over DLC last year. But the gaming company had already partnered on a line of toys based on its rocket-boosted racers, so it's no surprise they're giving IRL products another go.

In this article: gadgetry, gadgets, gear, HotWheels, mattel, psyonix, rocketleague, toy, toyfair, toyfair2018, toys
All products recommended by Engadget are selected by our editorial team, independent of our parent company. Some of our stories include affiliate links. If you buy something through one of these links, we may earn an affiliate commission.