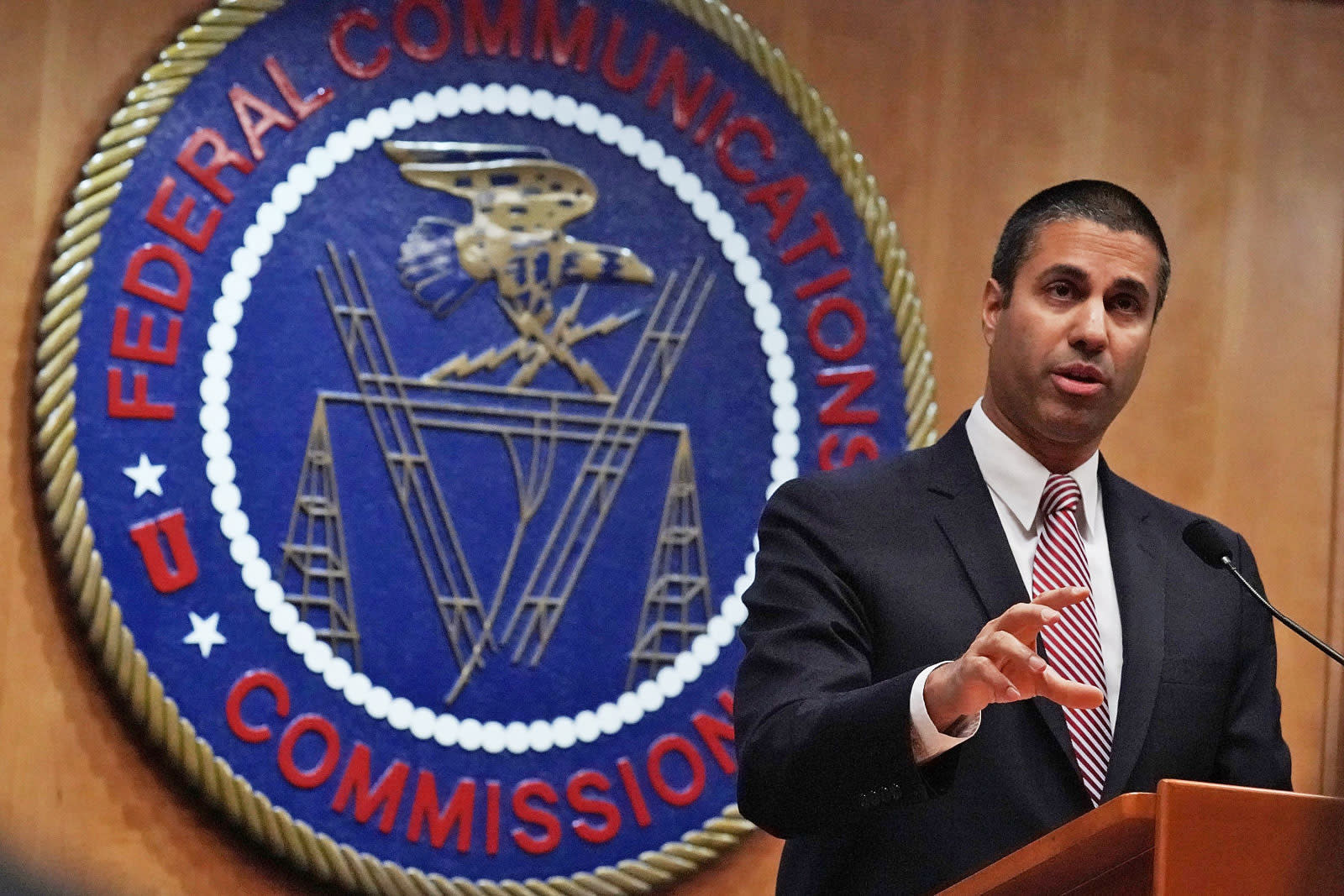 Last April, the Federal Communications Commission, led by its Trump-appointed chairman Ajit Pai, eliminated a restriction that had capped how many stations media companies could own. Weeks later, Sinclair Broadcast Group announced a long-suspected deal to acquire Tribune Media for $3.9 billion. Anyone finding that timing suspicious wouldn't be alone: For two months, the FCC's internal watchdog has been investigating whether Pai and his aides improperly pushed to change the rules and timed it to help Sinclair, Representative Frank Pallone (D-NJ) confirmed to The New York Times.

For months I have been trying to get to the bottom of the allegations about Chairman Pai's relationship with Sinclair Broadcasting. https://t.co/JGmRQp4VoN

The extent of the investigation is unclear, as is whatever could result. The office of the FCC's nonpartisan inspector general didn't comment on "the existence or the nonexistence of an investigation" to The New York Times. In addition to Pallone, two aides to Democratic lawmakers confirmed the investigation on condition of anonymity.

The merger would've been subject to rules repealed last April, which prevented one company from owning stations that captured more than 39 percent of US households -- aimed at preventing monopolies on markets. The Sinclair deal adds Tribune's 42 American TV stations to the conglomerate's 173, which would reportedly reach 72 percent of the country. While Sinclair currently plans to divest some of those to comply with remaining FCC rules, though it will likely have to part with fewer after chairman Pai trimmed regulations even more in November.

The FCC's investigation is supposedly looking into whether Pai eased the rules explicitly to pave the way for Sinclair's ambitions. According to a New York Times investigation published last August, the chairman of Sinclair met with Pai days before he was named FCC commissioner in January 2017 -- reportedly, the former requested the latter reduce crackdowns on media consolidation. Soon after, Pai eased the first of what would be many regulations affecting ad revenue and growth limits for media companies.

Critics are especially concern since Sinclair has a clear political agenda that it has no issue presenting as "news." The company has come under fire for pushing pre-packaged segments on local affiliates that promote a conservative agenda, but are never clearly identified as editorial or commentary. Instead are simply slipped into news broadcasts like any other report. In fact, John Oliver devoted an entire episode of his show Last Week Tonight to explaining its market dominance and agenda:

Update 2/15/18, 5:50PM ET: The FCC has replied to our request for comment with this statement from an agency spokesperson:

"Given that the FCC under Chairman Pai's leadership recently proposed a $13 million fine against Sinclair, the largest fine in history for a violation of the Commission's sponsorship identification rules, the accusation that he has shown favoritism toward the company is absurd.

"Moreover, Chairman Pai has for many years called on the FCC to update its media ownership regulations to match the realities of the modern marketplace. The Chairman's actions on these issues have been consistent with his long-held views. Considering the strong case for modernizing these rules, it's not surprising that those who disagree with him would prefer to do whatever they can to distract from the merits of the reforms that the FCC has adopted."

In this article: ajitpai, broadcast, business, FCC, monopoly, sinclair, SinclairBroadcastGroup
All products recommended by Engadget are selected by our editorial team, independent of our parent company. Some of our stories include affiliate links. If you buy something through one of these links, we may earn an affiliate commission.