Land Rover Explore is a rugged phone with swappable backs

The phone is built by Bullitt, the same company behind the Kodak Ektra and Cat S60.

At last, we have a Land Rover phone that doesn't look like it was built from parts found on a factory floor. The new 'Explore' is the work of Bullitt, a British company that has made handsets for Caterpillar, Kodak and JCB in the past. It was actually unveiled at the ISPO trade show earlier this month — Bullitt held back the spec sheet, though, thinking it would be a better announcement at MWC. Today, we have those all-important details. And at first blush, it's a strangely alluring device blending rugged looks with a modular, Moto Mod-inspired 'Pack' system for people who love the great outdoors. It might be the first car-branded phone that isn't terrible.

First, the looks. There are some obvious nods to the current Land Rover lineup — the car-like grille at the bottom, for instance, and the vertical lines on the back — that are subtle enough not to be vulgar or laughable. The ring around the camera module is a little unnecessary, but it's excusable when you consider the Porsche and Bentley-branded monstrosities we've had to endure in recent years. The top-line feature is a 4000mAh battery that promises "two days of typical use." It's joined by a deca-core 2.6 GHz MTK Helio X27 processor, 4GB of RAM and 64GB of internal storage. All standard fare for a mid-range smartphone. The hardware gets exciting, however, when you start attaching Packs to the pogo pins on the back. The Explore comes bundled with a chunky Adventure Pack that adds a 3600mAh battery (for a grand total of 7600mAh) and a 25mm ceramic patch GPS antenna. The latter is a specialized component that overrides the Explore's built-in antenna and boosts the chance of you getting a signal in far-flung locations. The Pack is also IP68 certified, meaning it can withstand light dust and dirt, and has been drop-tested to 1.8 meters.

Bullitt has created a Bike Pack too, which comes with a stem and handlebar mount, and a Battery Pack that adds a whopping 4370mAh to the main unit. Each pack can also be set to automatically launch a navigation app. These include ViewRanger, a premium application with detailed Ordnance Survey maps for hikers and cyclists. The hope is that the phone will double-duty as a sleek daily driver and a specialist outdoor companion. During the week, you can keep it bare — passing it off as a normal, albeit car-branded flagship — before augmenting it with the Adventure Pack while you climb Snowdonia or cycle the South Downs Way at the weekend. 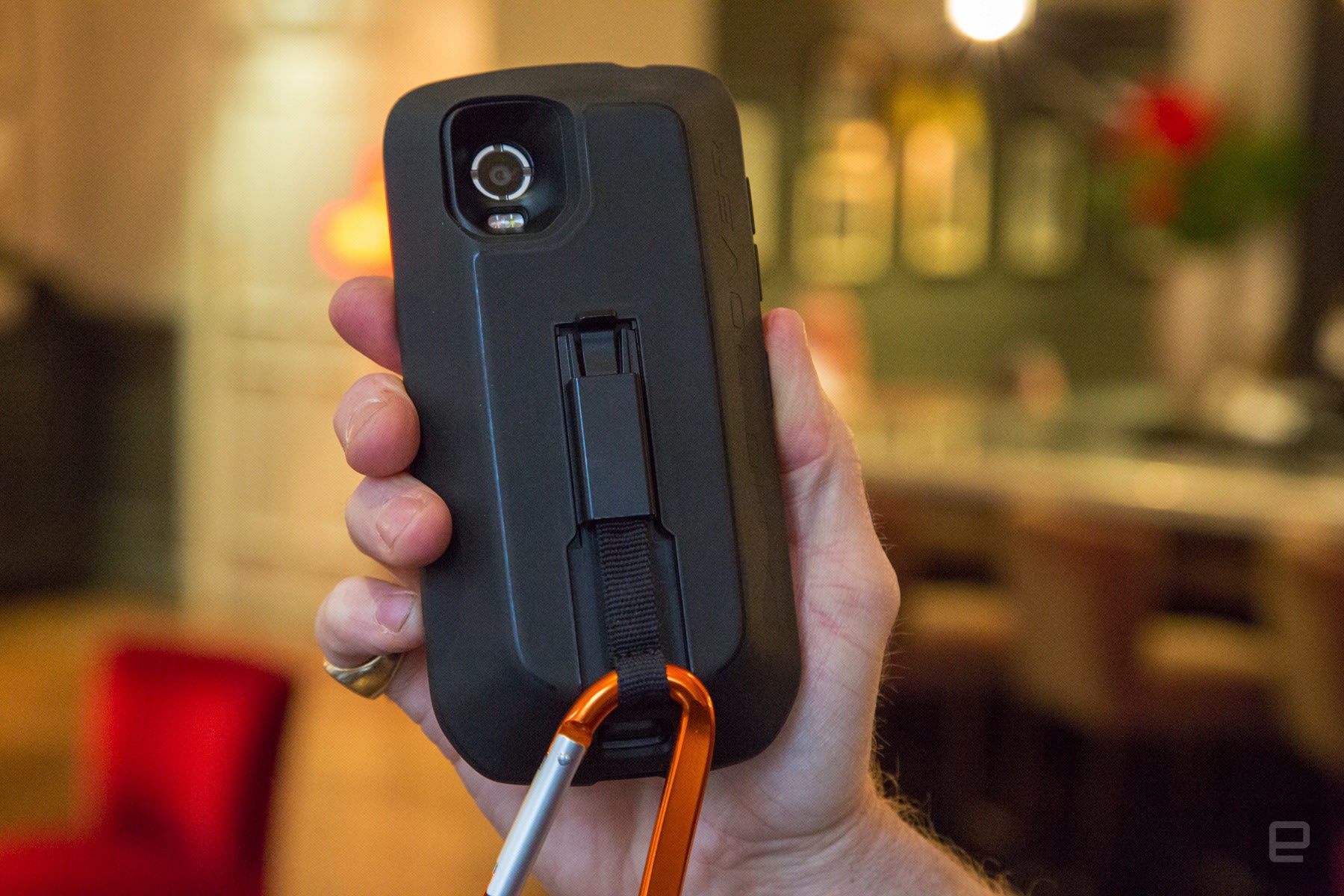 We've seen modular phones before, and the problem has always been hardware support. Motorola has held a number of competitions to boost Moto Mod support, however the ecosystem remains threadbare. The Jolla phone, meanwhile, is dead, and the Essential Phone still has a single accessory: a 360-degree camera (what happened to the DAC headphone adapter?) The Explore phone is a little different though, because its modular aspirations are tied to specific activities. Bullitt might make a skiing, surfing or sailing Pack in the future — but it's not looking to redefine smartphone design, or innovate with a snap-on Polaroid photo printer.

The Land Rover Explore will go on sale for €649/£599 (roughly $800) in April. Bullitt is staying tight-lipped about the Bike and Battery Pack pricing, however a spokesperson suggested they'll be somewhere in the £70 to £100 range. Six-hundred quid isn't bad for a phone considering the GPS-centric Adventure Pack is included in the box. The Explore's spec sheet is decidedly mid-range but the ViewRanger app alone comes with maps worth roughly £100. If you're the type that likes to spend their weekend with a pair of Merrell boots on their feet, it might not be a bad deal.