The Bentley Bentayga Hybrid is a stately but uninspiring ride

Bentley is the latest luxury car maker committing to EVs 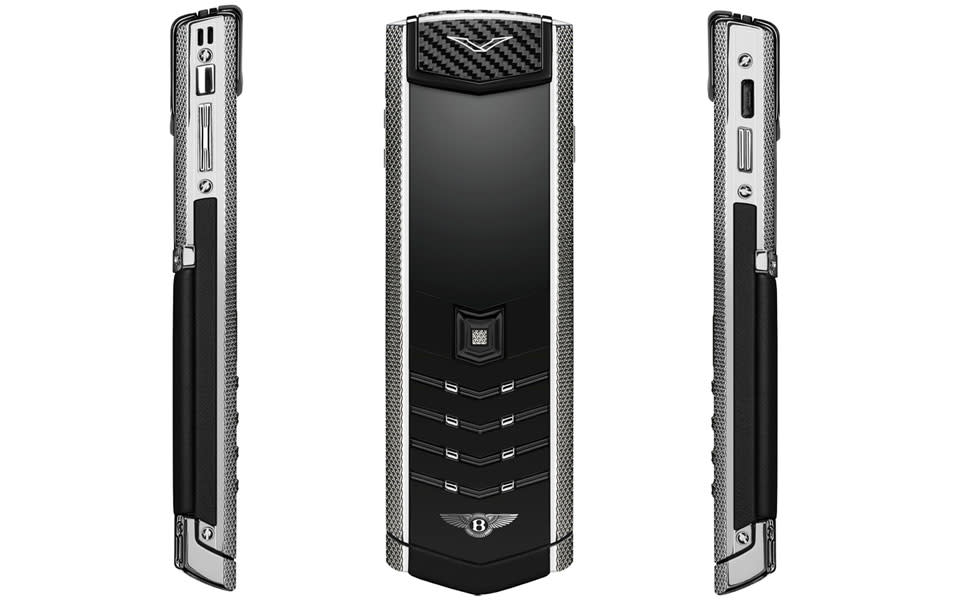 So you just bought a fresh Bentley, but you're worried that it clashes with the look of your basic cellphone? Never fear, as Vertu is coming to your (totally unnecessary) rescue. The luxury phone maker has unveiled its second Bentley-inspired handset, and this one is all about matching the look of your car without having to join the smartphone era. Buy the Signature for Bentley and you'll get the same carbon fiber weave and calf leather as the automaker's Mulsanne Speed sedan, but none of the technological sophistication -- you can call and text, but you won't be getting Google Maps directions to your beach home. The focus is instead on loads of creature comforts, such as buttons that sit on ruby (because they offer a nicer click, naturally) and concierge services. While this simple-yet-upscale phone will cost a steep £14,500 (about $22,800) when it arrives on September 18th, we suspect that you won't mind the astronomical price tag if you can afford a Bentley in the first place.

In this article: bentley, cellphone, luxury, mobilepostcross, mulsannespeed, signature, signatureforbentley, vertu
All products recommended by Engadget are selected by our editorial team, independent of our parent company. Some of our stories include affiliate links. If you buy something through one of these links, we may earn an affiliate commission.