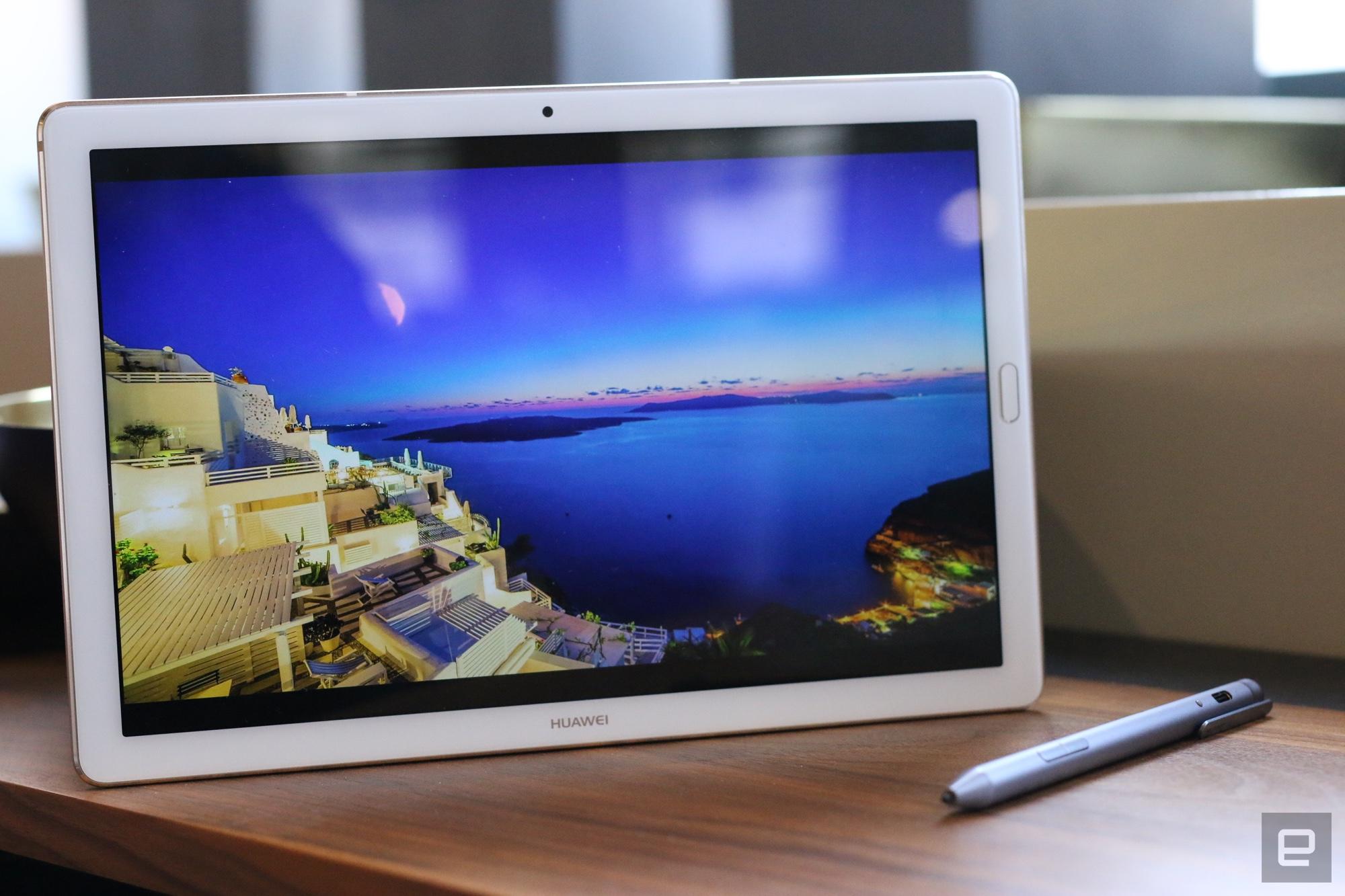 You'd be forgiven for thinking that premium Android tablets were on the way out. While you'll see occasional high-end entries like the Galaxy Tab S3, many are low-cost slates that don't exactly push the boundaries of design. Huawei, however, wants to keep that torch alive -- it's unveiling the MediaPad M5, which promises a few flourishes you don't usually see in tablets. Its 8.4- and 10.8-inch variants are reportedly the first tablets to tout "2.5D" curved glass screens. That promises both improved viewing and a "great hand-feel," according to Huawei, although it certainly doesn't hurt that they're posh-looking at the same time. They're solidly equipped on the inside, too. While the Kirin 960 octa-core chip isn't quite cutting edge (we saw it in the Mate 9 from late 2016), you can otherwise expect some solid hardware. The standard M5 touts a 2,560 x 1,600 display, 32GB to 128GB of expandable storage, 4GB of RAM, a 13-megapixel rear camera and an 8-megapixel fixed-focus front shooter. You don't get a headphone jack, unfortunately (there's plenty of room, Huawei!), but you can count on stereo speakers. Some variants have LTE if you like your tablet computing to go.

And Huawei is not-so-subtly positioning the 10.8-inch variant as an answer to laptop-style tablets like the iPad Pro. All of the larger models have a pogo pin connector for a keyboard attachment and pack four speakers instead of two. There's also a MediaPad M5 Pro model with a stylus (complete with 4,096 levels of sensitivity) and double the base storage if you're a budding artist.

We have yet to get pricing or availability as we write this, although it's safe to say this latest MediaPad will carry at least some kind of premium (though not as much as if it had, say, the Kirin 970 from the Mate 10 Pro). And it might be worth the outlay. While this isn't a speed demon, the design and solid specs represent breaths of fresh air.

In this article: android, curvedglass, gear, huawei, mediapad, mediapadm5, mediapadm5pro, mobile, mwc2018, tablet
All products recommended by Engadget are selected by our editorial team, independent of our parent company. Some of our stories include affiliate links. If you buy something through one of these links, we may earn an affiliate commission.