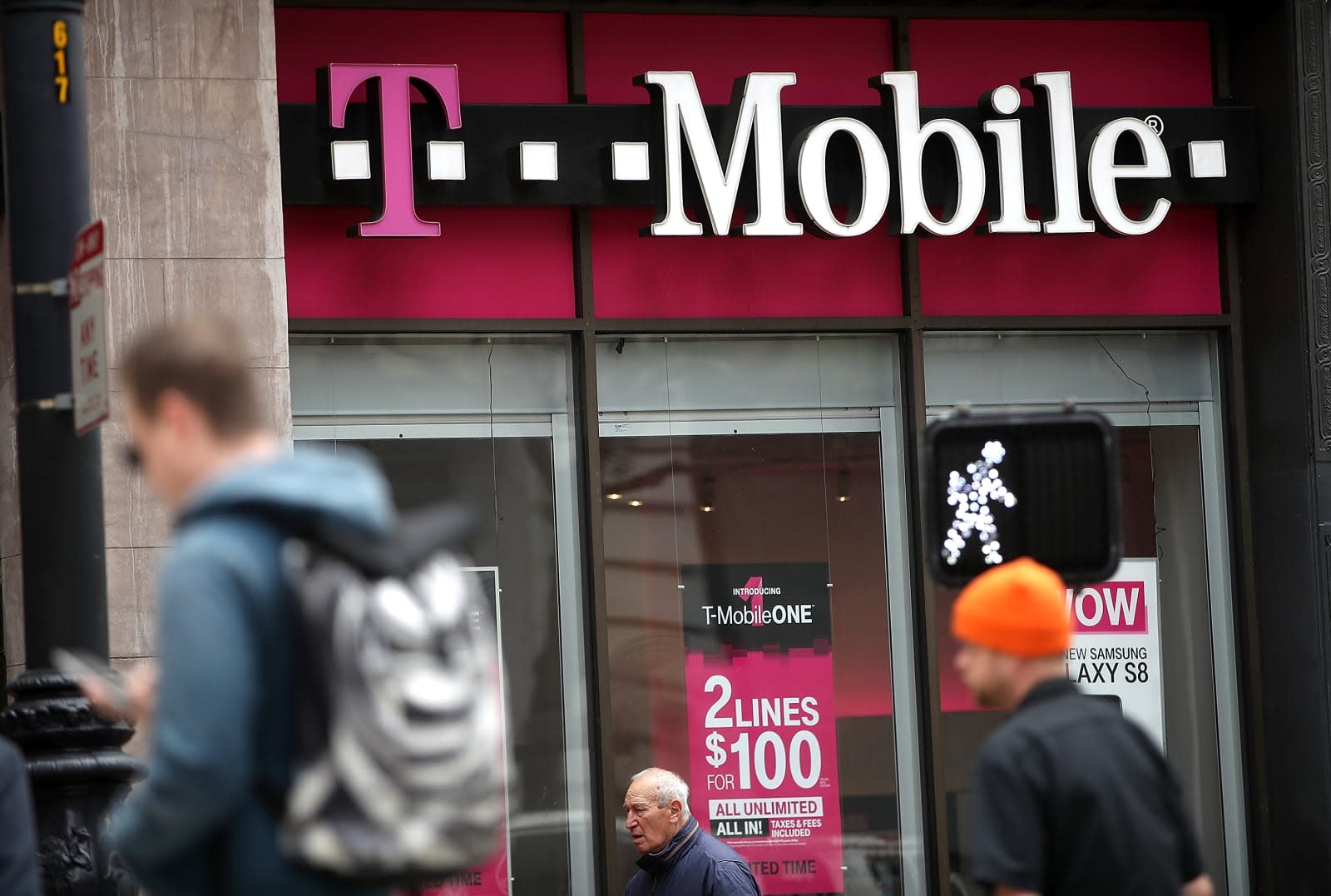 T-Mobile isn't going to sit by the wayside while AT&T and Sprint brag about their 5G rollout plans. The magenta network has outlined its early deployment strategy for 5G, and you can expect actual service well before the company's self-imposed 2020 goal for a nationwide network. It's building the gigabit-class networks in 30 cities in 2018, including on the 600MHz band and the high-frequency millimeter wave spectrum. Actual service will launch in Dallas, Las Vegas, Los Angeles and New York City in early 2019, but T-Mobile is promising a 'real' launch with smartphones -- not hotspot routers or fixed home broadband.

AT&T and Verizon are expected to be first out of the gates with service by the end of 2018, but T-Mobile is clearly betting that this won't matter to most people until months later, when you can use it away from a computer or tablet and coverage is more consistent. And there's a degree of truth to that. When AT&T announced its first 5G cities, it tacitly acknowledged that you'd have to wait until 2019 for the coverage and devices you would prefer. Sprint is aiming for 2019 as well. In other words, much of the talk about 2018 (T-Mobile's included) is more about shouting "first!" than fulfilling promises.

The real challenge is providing good 5G service. T-Mobile may have an edge through its relatively untapped 600MHz network, which promises longer range and better overall coverage even compared to the 700MHz space used for LTE today. Those airwaves will only be usable in some places, however. It's up to providers to deploy enough cell sites and capacity to ensure that 5G has the coverage and breakneck performance you expect.

In this article: 5g, carrier, gear, mobile, smartphone, t-mobile, wireless
All products recommended by Engadget are selected by our editorial team, independent of our parent company. Some of our stories include affiliate links. If you buy something through one of these links, we may earn an affiliate commission.