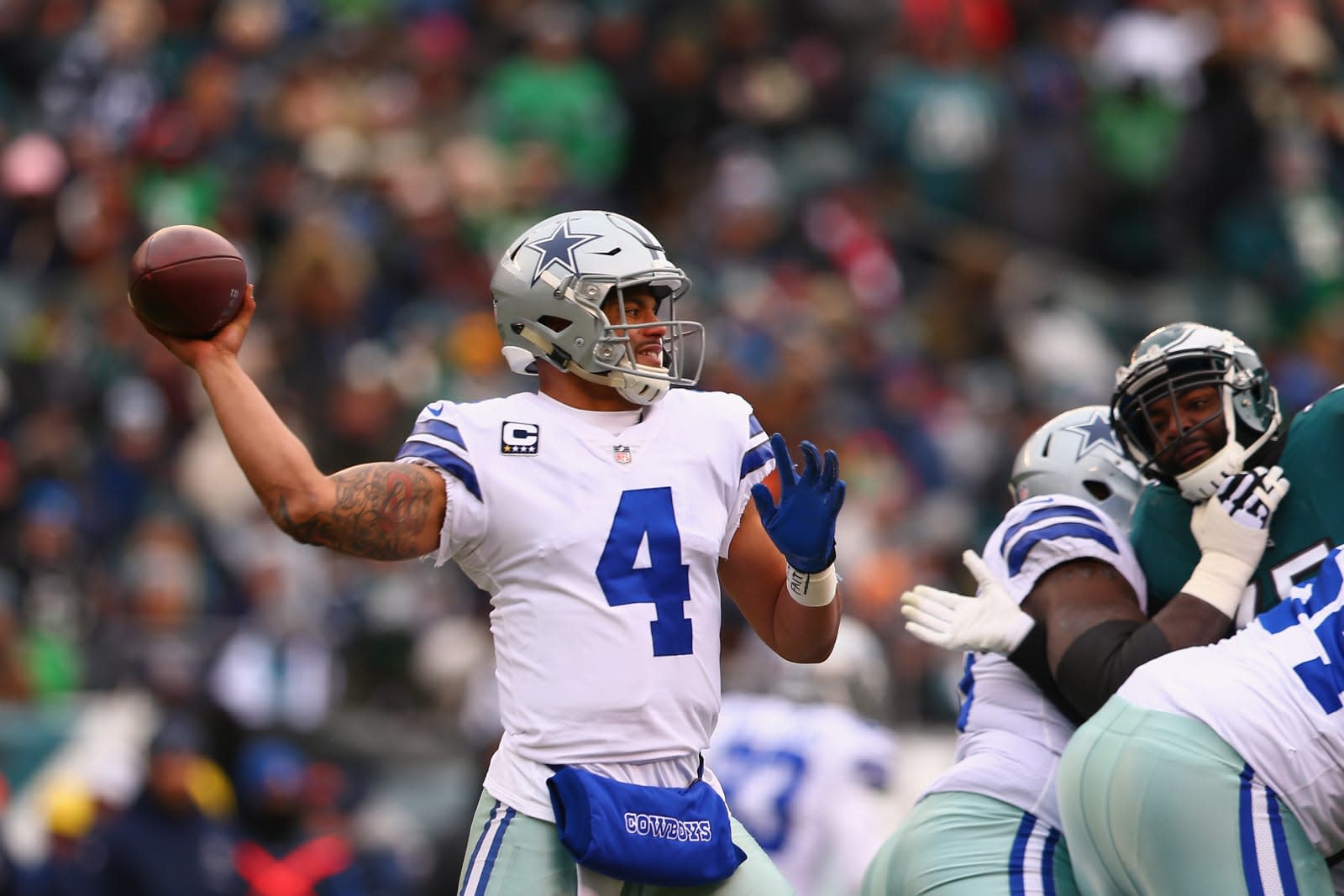 Amazon's sports documentary series All or Nothing is coming back next month for a third season and this time it follows the Dallas Cowboys. The eight-episode season starts off on a handful of positive notes -- owner Jerry Jones was elected into the Pro Football Hall of Fame and head coach Jason Garrett is 2016's NFL Coach of the Year. But it's not all good news. The league suspends running back Ezekiel Elliott for six games following an investigation into allegations of repeated instances of domestic violence -- a decision that was then appealed and put on hold multiple times. And the team is put in the spotlight over its and Jones' response to NFL players kneeling during the national anthem. Ultimately, the Cowboys' season, full of ups and downs, ends just short of the playoffs.

All or Nothing, which followed the Arizona Cardinals and the Los Angeles Rams in previous seasons, won a Sports Emmy last year. Like past seasons, All or Nothing: The Dallas Cowboys will be narrated by Jon Hamm. It will be available on Amazon Prime starting April 27th.

In this article: allornothing, amazon, AmazonPrime, av, DallasCowboys, Emmy, entertainment, JerryJones, NFL
All products recommended by Engadget are selected by our editorial team, independent of our parent company. Some of our stories include affiliate links. If you buy something through one of these links, we may earn an affiliate commission.