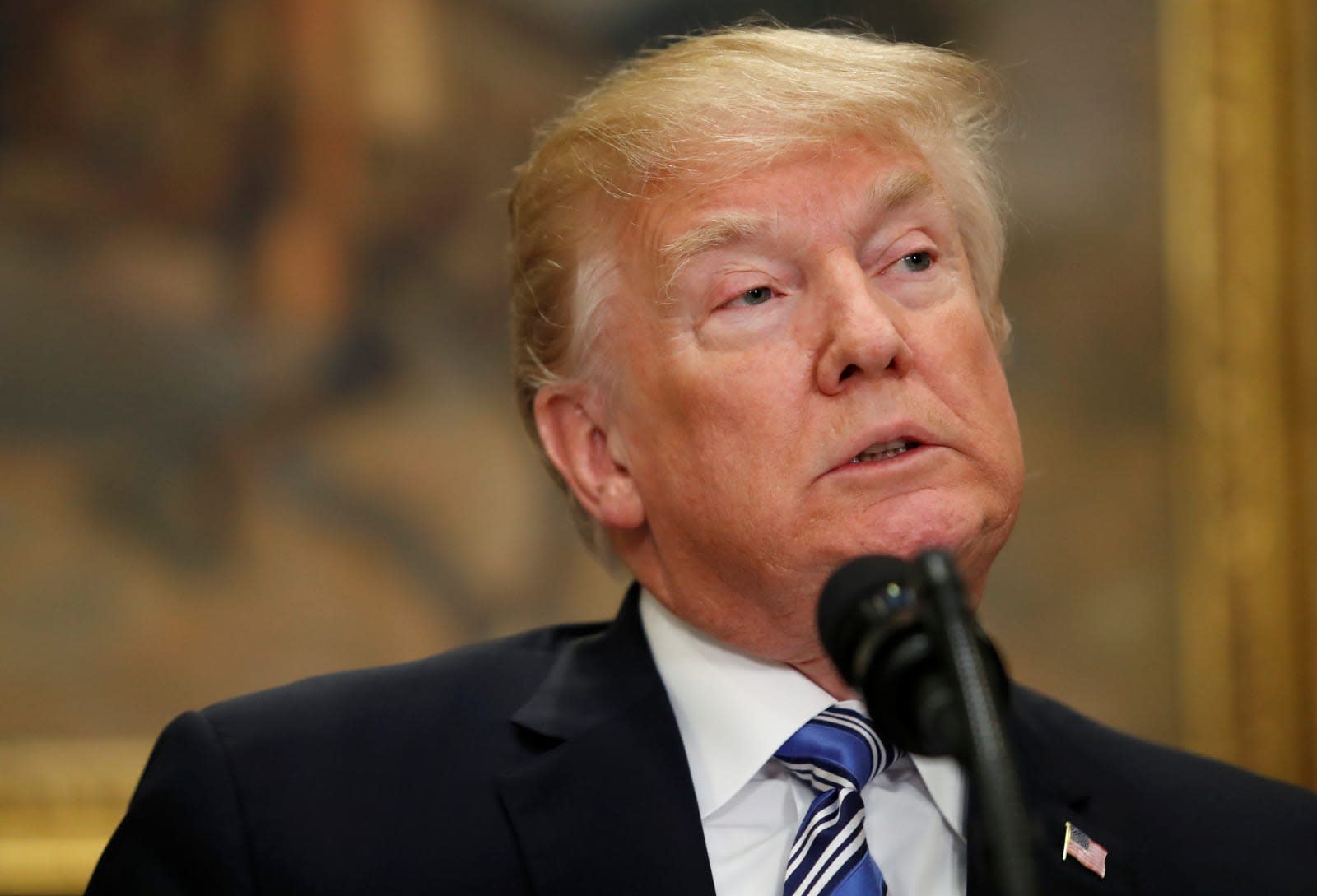 Early this week, Trump at last announced that he would meet with leaders of the video game industry. Not to discuss the rising frustration with loot boxes, but to rehash the exhausted and research-debunked notion that playing games causes people to become more violent. Predictably, Trump invited zero scientists or respected researchers to the summit, instead stacking it with outspoken video game critics and a trio of Republican lawmakers. And surprising nobody, the hour-long meeting produced very few actionable results.

Trump opened the meeting with a highlight reel of clips from the last decade of gaming, ranging from goofy to excessively bloody violence. Some attendees didn't expect any significant resolution, Glixel reported, and saw the meeting as an opening foray into a larger conversation...on gun violence in America. Critics of the industry called for regulations that would make it difficult for youths to buy violent games, and some asked Trump to widen the discussion to include violent movies and TV shows. But beyond sharing opinions during the closed-door summit, there was no commitment from attendees or the White House on concrete action.

Instead, it seemed a stage to reframe the post-Parkland debate around video games' influence on school shootings. Which, again, is zero: Only one-eighth of the 41 school shooters surveyed by the US Secret Service in a 2004 review were interested in violent video games (twice as many liked violent movies or books, which was still only a quarter of that sample). More studies disproving the faulty link between violence and games can be found in Engadget's long write-up on the topic here. Yet, the unsupported-by-science narrative prevailed at the summit:

"Today's meeting was an opportunity to learn and hear from different sides about concerns and possible solutions to violence in schools," Congresswoman Vicky Hartzler (R-MO) said in a prepared statement following the meeting, according to Glixel. According to reports (no press were allowed), Trump went around the table listening to various concerns from critics of the industry and opinions from video game company CEOs. The pro-industry Entertainment Software Association (ESA), also in attendance, released a statement after the meeting defending video games and politely denouncing the meeting's premise:

"We welcomed the opportunity today to meet with the President and other elected officials at the White House. We discussed the numerous scientific studies establishing that there is no connection between video games and violence, First Amendment protection of video games, and how our industry's rating system effectively helps parents make informed entertainment choices. We appreciate the President's receptive and comprehensive approach to this discussion."

This meeting rehashed the moral panic around video games that plagued the industry after the Columbine shootings in 1999 and, before that, in Congressional hearings back in 1994. That was when the ESA formed the Entertainment Software Ratings Board (ESRB) to disclose objectionable material on game packaging, which forestalled Congressional calls for the government to regulate the video game industry.

Melissa Henson of the Parents Television Council said that yesterday's summit was "respectful but contentious," she told The Washington Post, and that her side of the debate emphasized that the "steady diet of media violence is having a corrosive effect on our culture." Similarly, president of the Media Research Council Brent Bozell told Trump that the vidoe game industry should have much tougher regulation, and that violent games "needed to be given the same kind of thought as tobacco and liquor," he remarked to The Washington Post.

In this article: DonaldTrump, esa, gaming, gunviolence, politics, schoolshootings, videogames, violence, WhiteHouse
All products recommended by Engadget are selected by our editorial team, independent of our parent company. Some of our stories include affiliate links. If you buy something through one of these links, we may earn an affiliate commission.