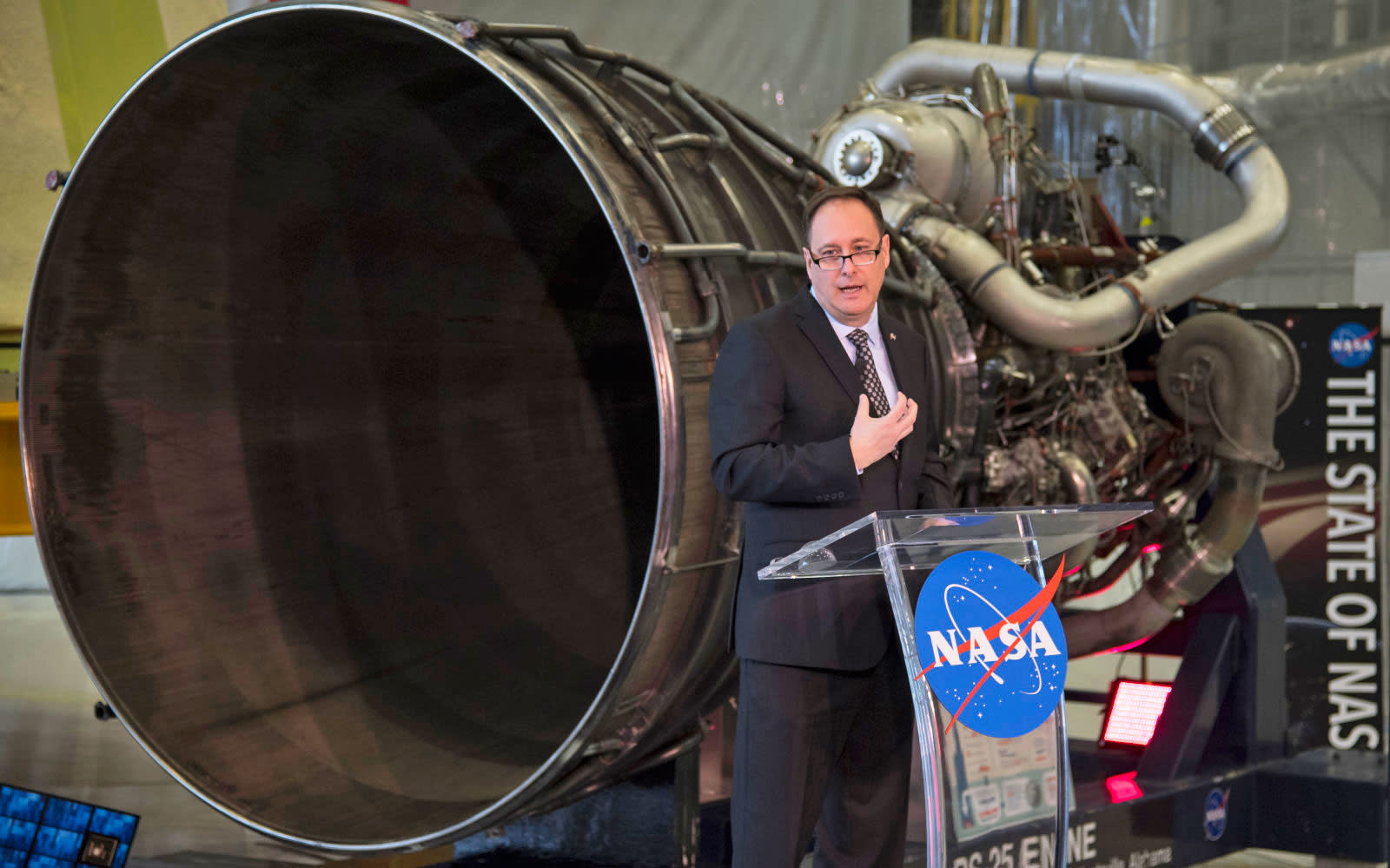 Robert M. Lightfoot Jr. has been heading NASA's efforts ever since the previous administrator, Charles F. Bolden Jr., stepped down with President Obama. Since he never officially became Bolden's replacement -- he was acting administrator for 14 months -- his previous job as NASA's third highest-ranking official was never filled. The second highest position in the agency also remains empty, so now that Lightfoot has decided to retire on April 30th, NASA has no clear successor to take over his duties.

Robert Lightfoot has announced that he will retire on April 30. He has been Acting Administrator since January 2017. pic.twitter.com/DaN7wQIfWw

In the letter announcing his retirement, Lightfoot said he will work with the White House on a smooth transition to the new administrator. The White House has yet to reveal who'll take over Lightfoot's duties, but the president nominated Representative Jim Bridenstine of Oklahoma last year. It doesn't sound like he'd easily be able to assume the position, though: the Senate hasn't voted to confirm him yet, and according to The New York Times, all 49 Democrats in the Senate are ready to oppose his appointment.

Bridenstine has no scientific background and has pretty controversial views about climate change. During a speech in 2013, he told the Congress that global temperatures "stopped rising 10 years ago," which is far from true. He also said that "global temperature changes, when they exist, correlate with sun output and ocean cycles," dismissing the role greenhouse gases play. In addition, he introduced the "American Energy Renaissance Act" in 2015 and proudly retweeted an article calling it a "push back against climate change alarmists."

As NASA administrator, Bridenstine will also be in charge of the agency's Earth Science program, which oversees studies on climate change and weather patterns. It's already in trouble as is after the White House slashed the program's budget by $102 million -- a small amount if you take NASA's $19.1 billion budget into account, but big enough to kill four of its projects. One of them monitors how the oceans and the atmosphere respond to climate change, while another measures the distribution of carbon dioxide around the planet.

That said, Bridenstine promised to be apolitical if he becomes NASA's chief. In November 2017, he at least admitted that humans do play a role in climate change: "I believe that the scientific consensus is that humans are contributing and have contributed to the climate change that we have seen," he said. Whether Bridenstine is replacing Lightfoot remains to be seen -- we'll likely know for sure in the coming weeks leading to April 30th.

In this article: gear, nasa, roberlightfootjr, space
All products recommended by Engadget are selected by our editorial team, independent of our parent company. Some of our stories include affiliate links. If you buy something through one of these links, we may earn an affiliate commission.