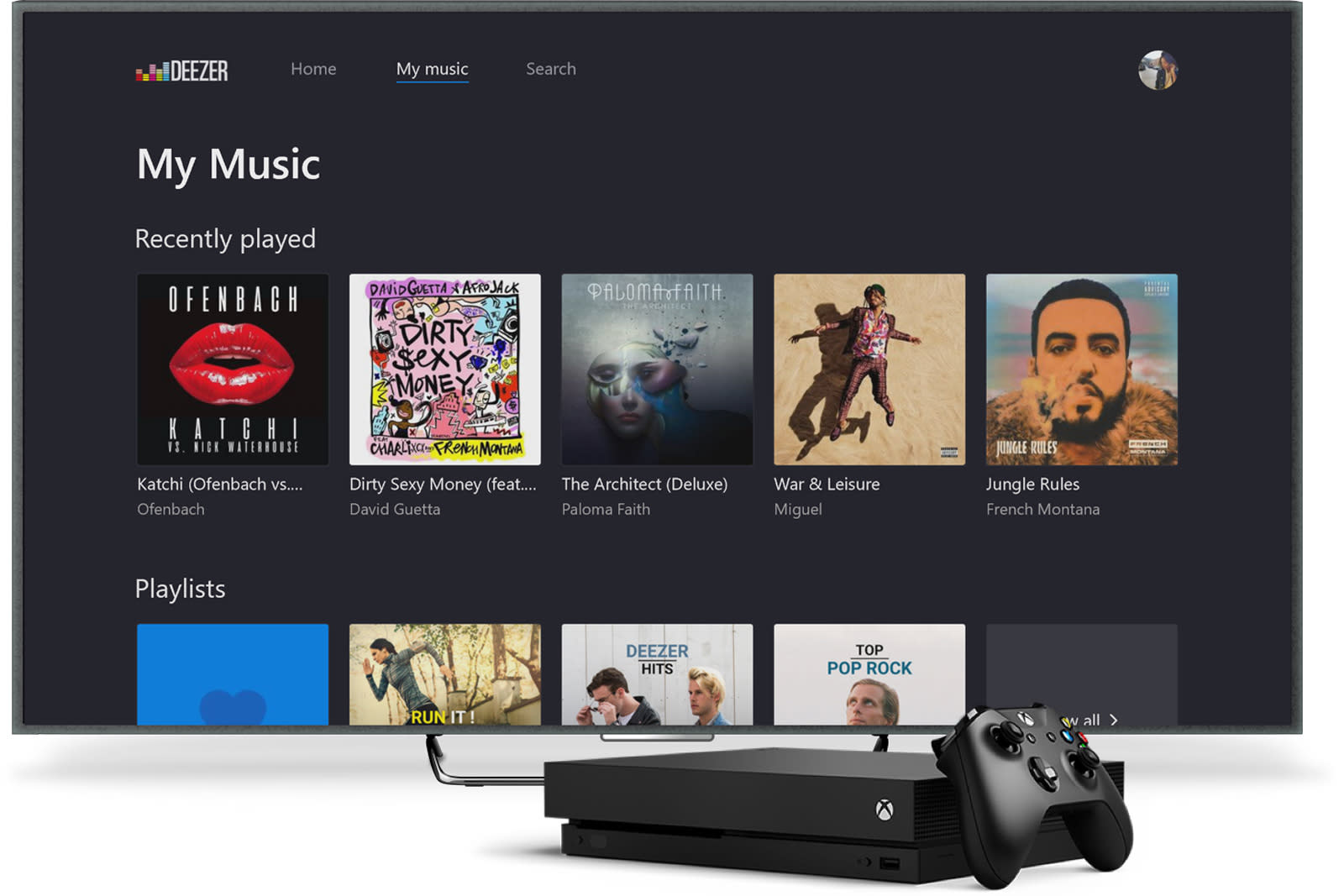 You don't have too many options for large, on-demand music services that will stream in the background of your Xbox One games. Now that Groove Music is no more, Spotify is the main game in town. Thankfully, Deezer just gave you a viable alternative. Its newly launched Xbox One app gives you all-you-can-hear music streaming regardless of what you're doing on your console, including background streaming while you play.

Any of Deezer's paid subscriptions will work, including the standard $10 per month Premium+ as well as HiFi, family and student plans. The app should be available in "most" countries where the Xbox One itself is available.

Deezer undoubtedly faces a tough sell for any would-be streamer who hasn't settled on a service, but the Xbox One app isn't strictly for them. It's more for those who are already invested in Deezer's ecosystem and might be tempted to switch to Spotify for the sake of Xbox streaming. Now, they don't have to choose -- it's just a matter of whether or not service-specific features (such as Deezer's automatically curated Flow stream) scratch their itch.

In this article: app, av, deezer, gaming, internet, music, services, streaming, xbox, xboxone
All products recommended by Engadget are selected by our editorial team, independent of our parent company. Some of our stories include affiliate links. If you buy something through one of these links, we may earn an affiliate commission.