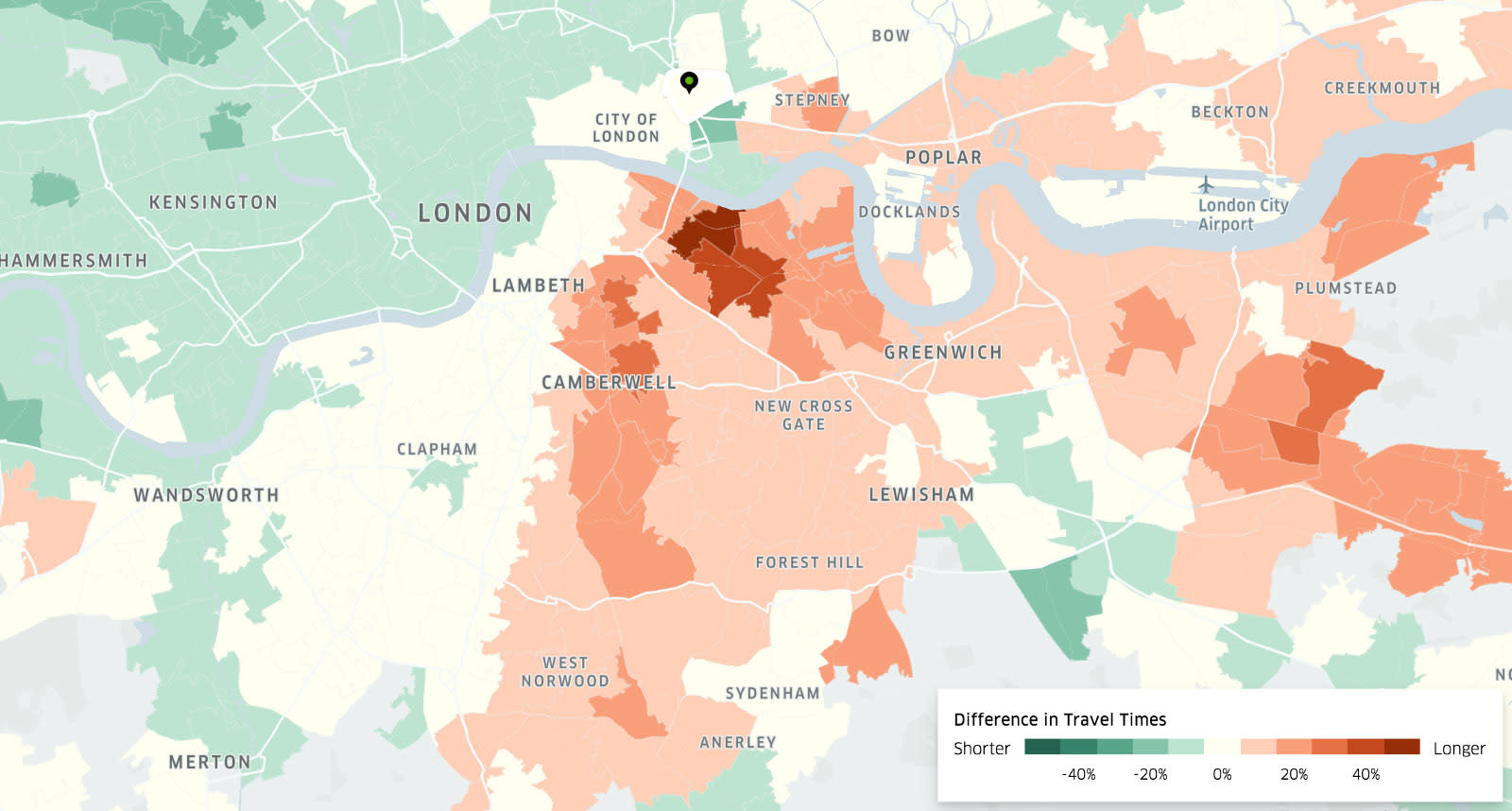 Uber recently started sharing its ride-sharing data in a limited number of cities in the US, and now the incredibly useful urban-planning tool is coming to the UK. Uber Movement launches today in London, letting developers and city officials see historical traffic data during road closures, infrastructure development and other major events. "London businesses will welcome this initiative as a sign that Uber is committed to working in closer collaboration with city and transport planners to keep London moving," said London First infrastructure head David Leam.

Uber said that, for example, the data could be used to see how the 2016 closure of the Tower Bridge affected traffic at the time. As it detailed in a Medium post, that's something that could inform planning for similar projects in the future. It can be used to "compare past travel conditions across different times of day, days of the week, or months of the year," the company said.

Uber has a strong reasons for making sharing Uber Movement data with London, as the city denied its taxi license application last September over safety and other violations. It can still operate while it appeals the ruling, but is obviously trying to get back into London's good graces. So far, it has introduced a range of new safety and other changes, and offering its raw data to city officials can't hurt its cause.

London is just the beginning for Uber Movement in the UK. The company plans to launch it Manchester, Birmingham and other cities "over the next few months," it said.

In this article: gear, London, transportation, Uber, UberMovement, UK, UrbanPlanning
All products recommended by Engadget are selected by our editorial team, independent of our parent company. Some of our stories include affiliate links. If you buy something through one of these links, we may earn an affiliate commission.