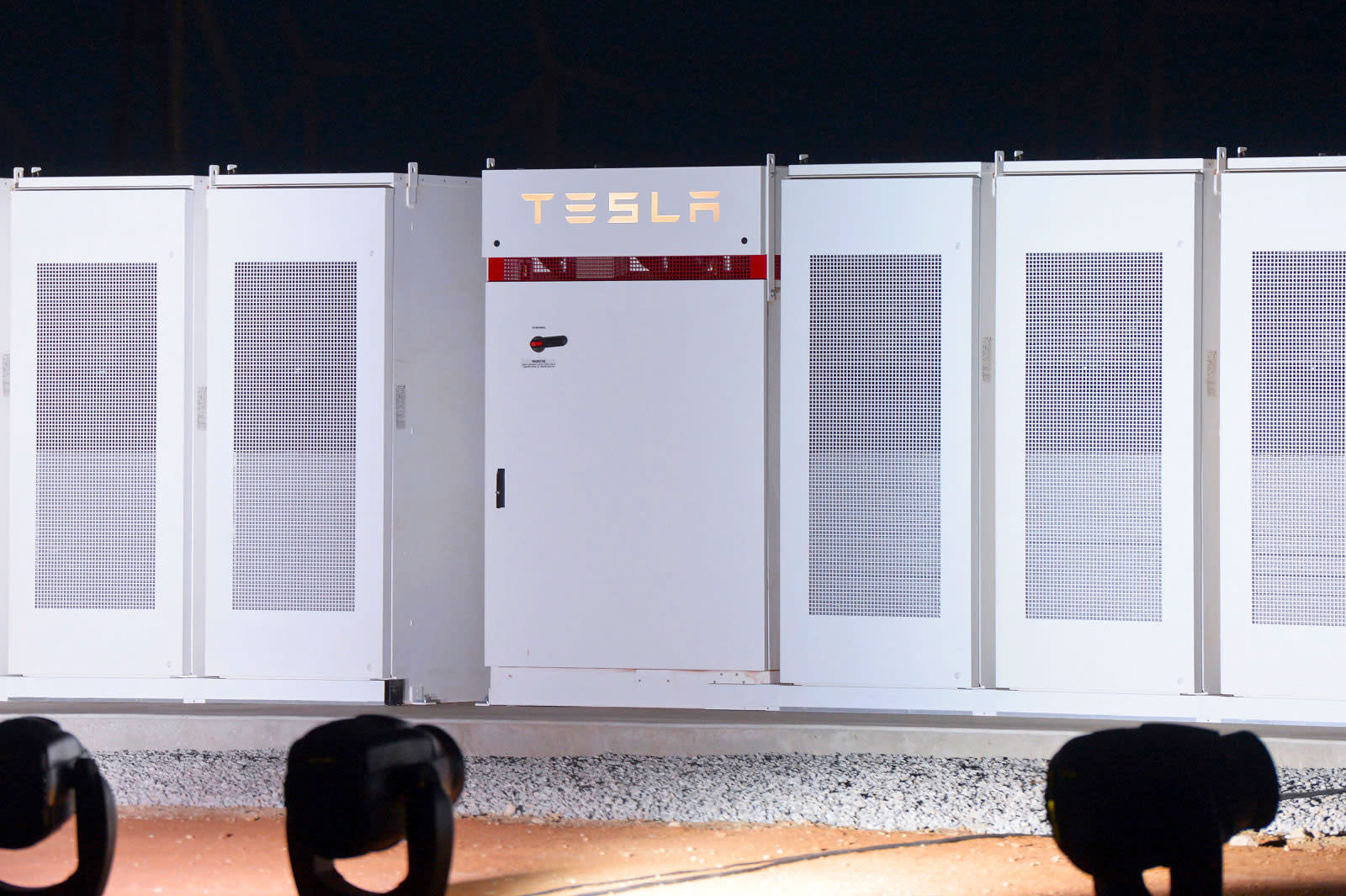 It looks like Tesla's batteries are too fast for their own good. As the Sydney Morning Herald reports, the company claims it's not being properly paid for the electricity its South Australia battery farm is generating for the country's power grid. And Tesla says its because its batteries supply electricity faster than the Australian Energy Market Operator (AEMO) can register. The current standards are based on response rates for fossil fuel generators, but Tesla's batteries can respond much more quickly than they do. "Tesla estimates that the Hornsdale Power Reserve battery has delivered 30 to 40 percent of its services to frequency markets without being paid due to existing AEMO technical specifications being written based on fossil fuel generation assets," Tesla said.

The South Australian battery farm went live last December and it has already proven its worth. In January, the AEMO asked energy companies to provide power to the grid, which it does when there's a system outage or planned maintenance. That typically drives up energy prices and during this particular incident, prices were expected to reach around AU$9,000/MW. But Tesla's batteries and an adjoining wind farm kicked in and kept prices around AU$270/MW, saving the energy market millions of dollars.

In the US, Tesla's batteries are used in California, Hawaii, Vermont, Massachusetts and Puerto Rico. They're also used to run the island of Ta'u and are being incorporated into a Canadian pilot project that will test a hybrid of battery and wind power.