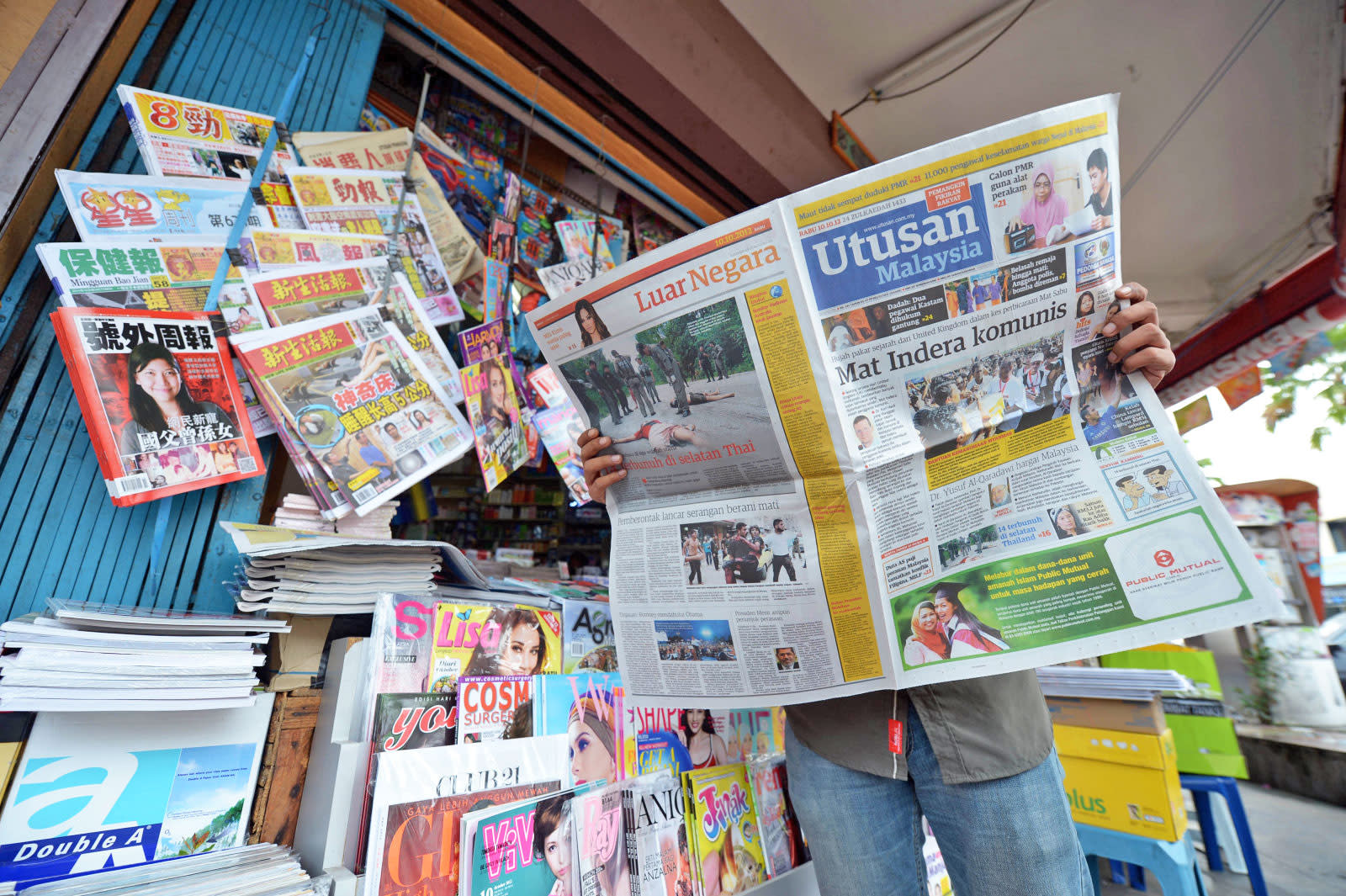 The Malaysian government has proposed a law that would criminalize the spread of fake news, and those found to be in violation could face up to 10 years in prison and a 500,000 ringgit (approximately $128,165) fine, the Wall Street Journal reports. The proposed law says, "'Fake news' includes any news, information, data and reports, which is or are wholly or partly false, whether in the form of features, visuals or audio recordings or in any other form capable of suggesting words or ideas." And it would also apply to publications outside of Malaysia if the country or its citizens are affected by the reports.

While the government is pushing the bill as a solution to a growing fake news problem, many say it's just a way for the current administration to quell dissenters and silence reports regarding the 1Malaysia Development Bhd. state investment fund, which is being investigated by a number of countries for allegedly engaging in money laundering and misappropriation of funds. Prime Minister Najib Razak has faced criticism over the fund, though he has denied all accusations of wrongdoing.

Critics of the bill include Fahmi Fadzil, communication director of the opposing People's Justice Party, who called it draconian, and the Asia Internet Coalition, which said in a statement, "We believe that prescriptive legislation designed to control the exchange of information will not adequately address the issue of false news effectively since discerning whether information is 'true' or 'false' can be highly subjective and risk compromising access to information and legitimate exchange of ideas." The coalition, which includes Apple, Facebook and Google, also said that combating fake news is best accomplished through collaborations between government and the news industry.

James Gomez, director of Amnesty International's Southeast Asia and Pacific division, said, "This bill is an assault on freedom of expression. The vague and broad definition of 'fake news,' combined with severe punishments and arbitrary arrest powers for police, shows that this is nothing but a blatant attempt to shield the government from peaceful criticism. This bill must be scrapped immediately."

The bill still has to pass in both houses of parliament, but the Wall Street Journal says it is expected to be approved ahead of the country's upcoming national elections.

In this article: amnestyinternational, apple, asiainternetcoalition, facebook, FakeNews, gear, google, law, malaysia, politics
All products recommended by Engadget are selected by our editorial team, independent of our parent company. Some of our stories include affiliate links. If you buy something through one of these links, we may earn an affiliate commission.