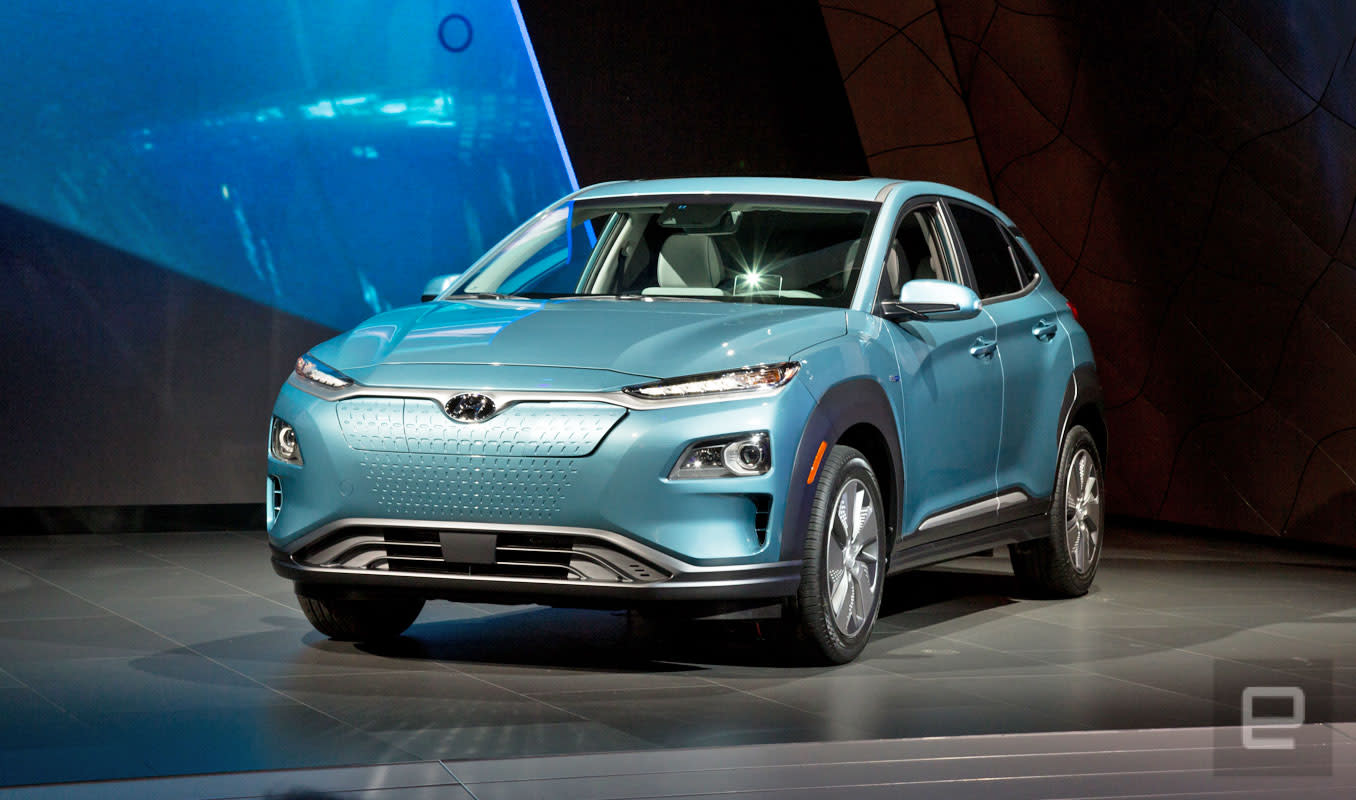 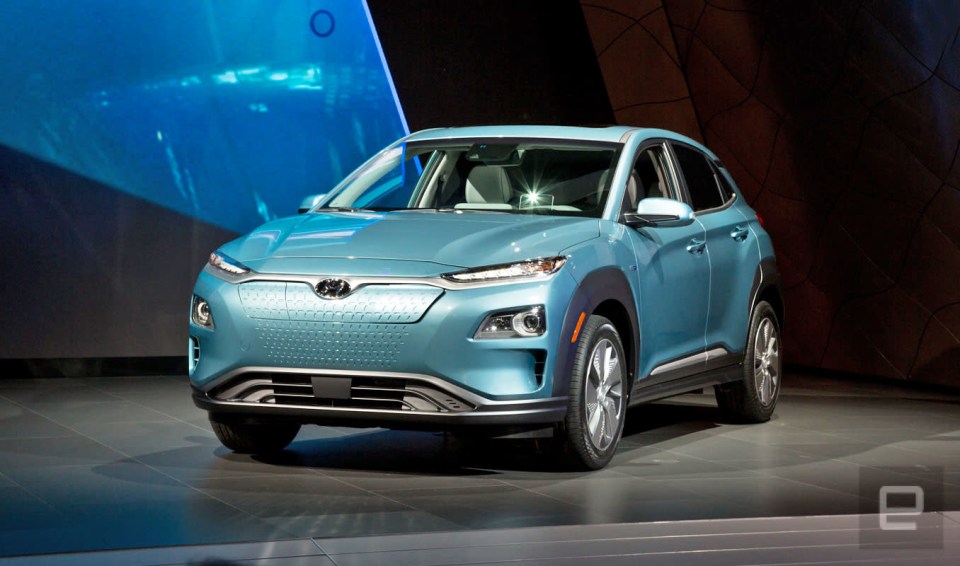 Hyundai's Kona is a great little crossover, and it's starting to look like the Kona Electric will follow in the gas-powered vehicle's footsteps.

At the New York Auto Show, the Korean automaker announced more details about its upcoming electrified SUV. The biggest news about the Kona Electric is that the production vehicle will have an estimated range of 250 miles per charge. That's more than Chevy Bolt and the regular version of Tesla Model 3.

The front-wheel-drive vehicle will ship with a 64kWh battery that can be charged to 80 percent via DC fast charging (which is standard) in 54 minutes. Level two charging will take nine hours and 35 minutes, which lends itself to overnight charging.

That battery pack powers a single motor that outputs 201 horsepower and 291 pounds of torque. That means it's producing more horsepower (26 more horsepower) and torque (a whopping 96 more pounds) to the wheels than the 1.6-liter turbo found in the upper trim levels of the gas-power Kona.

While most of the styling is similar, the EV Kona does away with the traditional front grill and replaces it with a cross-hatched surface. Meanwhile, Hyundai has placed the charging port on the front of the car. If you drive an electric vehicle or plug-in hybrid, you know that sometimes the parking space you get to charge your car might not always line up with the side of the car the port is on.

Hyundai also announced that the car would be available in California in late 2018 with availability expanding to coastal regions and the rest of the country after that. The high-range EV market is getting crowded, and for consumers, that's a good thing.

In this article: business, design, electric, ElectricVehicle, EV, gadgetry, gadgets, gear, green, Hyundai, kona, konaelectric, konaev, newyorkautoshow2018, tomorrow, transportation
All products recommended by Engadget are selected by our editorial team, independent of our parent company. Some of our stories include affiliate links. If you buy something through one of these links, we may earn an affiliate commission.