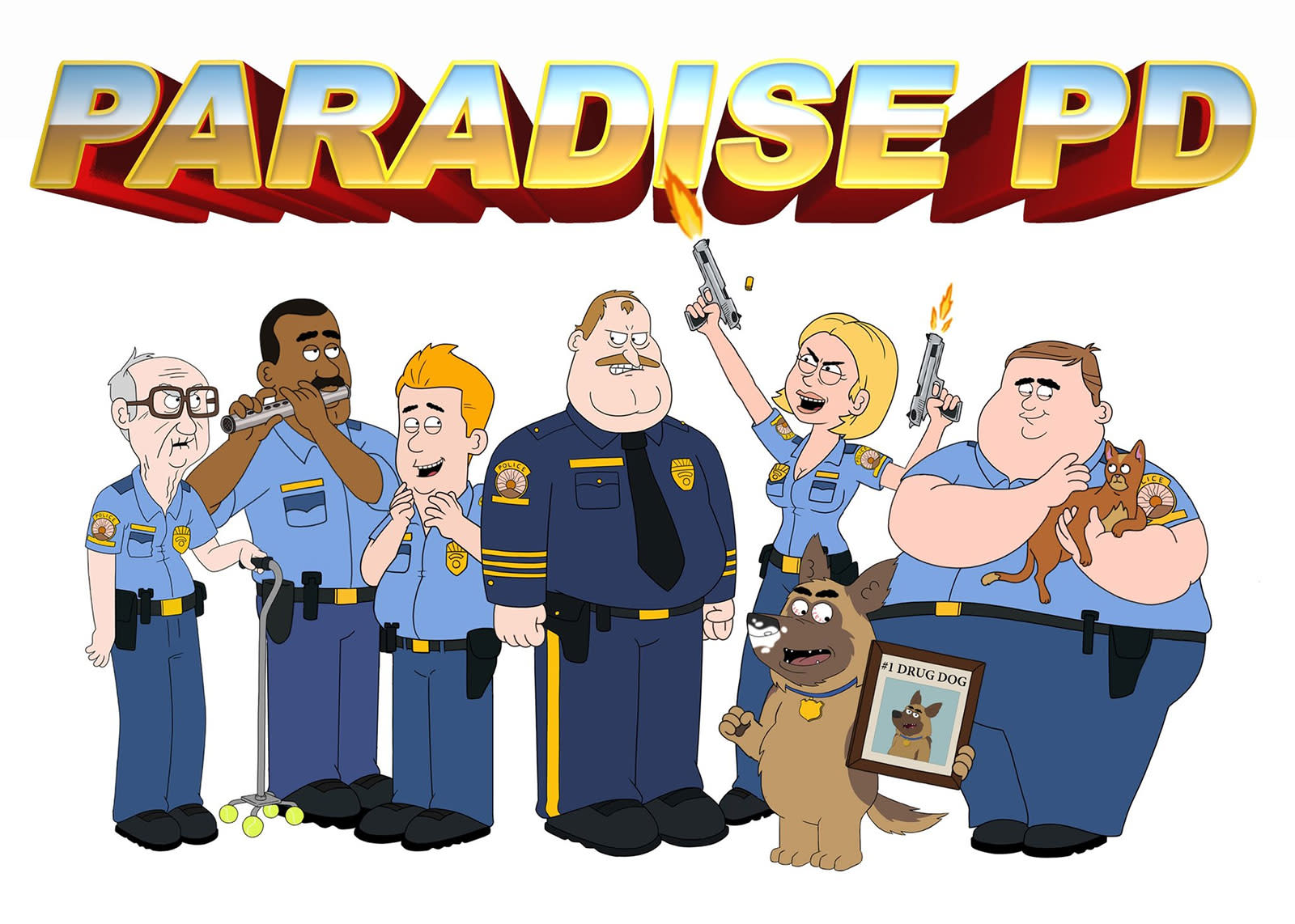 In retrospect, Bojack Horseman was a watershed show for Netflix. Its success has led the streaming provider to expand its animated comedy lineup with adult-oriented titles like Big Mouth and Brickleberry, but more are on the way. The team behind the latter are making a new cartoon series for Netlix, Paradise P.D., about a less-than-competent police force.

If you ever wanted to watch an edgy comedy about a wildly incompetent police force and their talking dog attempting to take down a drug ring in small town America, then we have good news for you. Coming later this year: Paradise PD, from the creators of Brickleberry pic.twitter.com/7y7IPFsDJA

Here's the pitch, according to Entertainment Weekly: "They're bad cops. Not bad like no-nonsense. Not bad like cool. Bad like sh—y. Paradise PD: They're the worst responders."

The cast includes standouts from other cartoons like Tom Kenny (Spongebob Squarepants, Adventure Time's Ice King), Sarah Chalke (Elliot on Scrubs, Beth on Rick and Morty) and Dave Herman (various on Futurama and Bob's Burgers), among others. Netflix hasn't announced when Paradise P.D. will be added to its catalogue.

In this article: animation, entertainment, netflix, services, streaming, StreamingVideo
All products recommended by Engadget are selected by our editorial team, independent of our parent company. Some of our stories include affiliate links. If you buy something through one of these links, we may earn an affiliate commission.