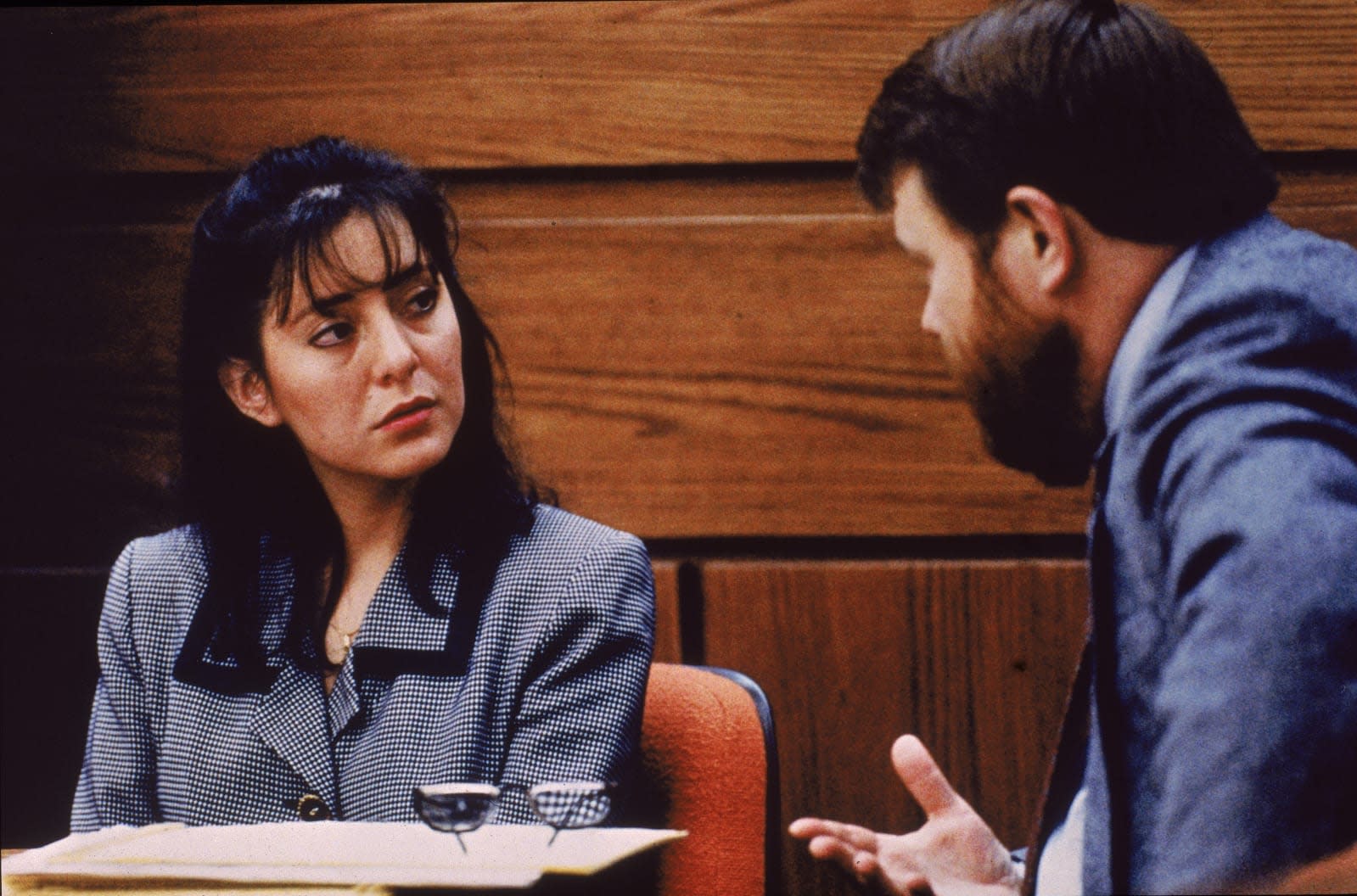 Amazon has given the go-ahead to a four-part documentary series on Lorena Bobbitt, Variety reports. Bobbitt became a media focus in 1993 when she cut off her husband's penis while he slept -- which she later said she did because he had raped her. The series will focus on her side of the story as well as the sensationalized news coverage of the case and domestic and sexual assault in the US. "When we hear the name Bobbitt we think of one of the most sensational incidents to ever be catapulted into a full blown media spectacle," Jordan Peele, who will produce the series, said in a statement. "With this project, Lorena has a platform to tell her truth as well as engage in a critical conversation about gender dynamics, abuse and her demand for justice. This is Lorena's story and we're honored to help her tell it."

Peele is also producing CBS' Twilight Zone reboot and will voice a character alongside Keegan Michael Key in an upcoming stop-motion Netflix film. Other recently announced Amazon projects include a series version of A League of Their Own, a Steven Spielberg-created miniseries about Spanish conquistador Hernán Cortés and its first animated series from some of the team behind BoJack Horseman.

Lorena will be directed by documentary filmmaker Joshua Rofé (Swift Current, Lost for Life). "Our hope for this series is to give viewers pause when the next scandal of the moment is presented to us as macabre entertainment," Rofé said. "Often, there's profound pain and trauma just beneath the surface of stories like Lorena's."

In this article: amazon, AmazonPrime, av, documentary, entertainment, internet, jordanpeele, joshuarofe, lorenabobbitt, services
All products recommended by Engadget are selected by our editorial team, independent of our parent company. Some of our stories include affiliate links. If you buy something through one of these links, we may earn an affiliate commission.