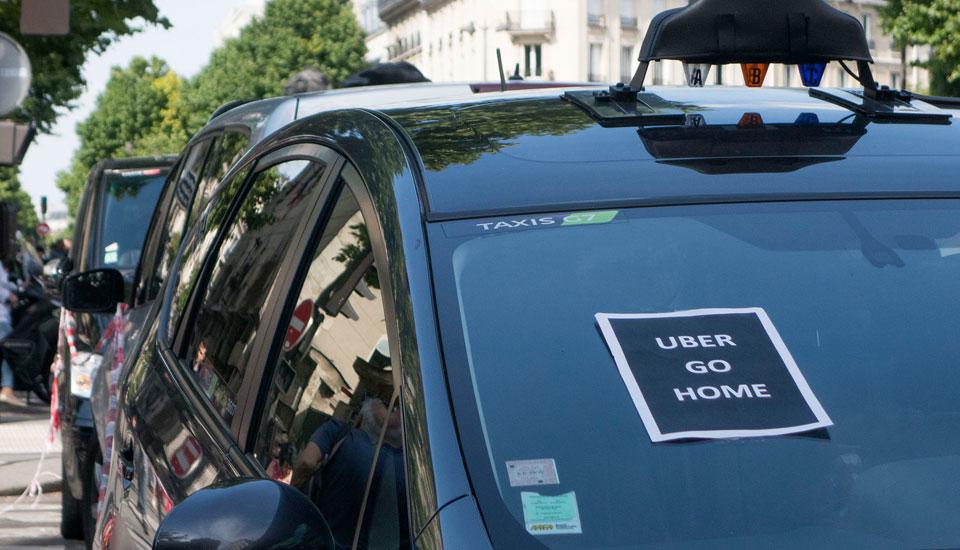 France can bring criminal charges against Uber executives for operating an illegal taxi service, the Court of Justice of the European Union (ECJ) has ruled. The decision stems from events in 2015, when France's government banned UberPop and said that if Uber managers told drivers to ignore the ban, they'd be committing "a criminal offense." Uber executives defied the ruling, and the situation culminated in a raid on Uber's Paris office and the arrests of Uber France CEO Thibaut Simphal and Uber European GM Pierre-Dimitri Gore-Coty.

Under EU law, legislation from member states that affects digital services must be pre-approved by the European Commission. That formed the basis of Uber's appeal, as it argued that the taxi laws banning UberPop weren't vetted by the EU. If the legislation was illegal to start with, the charges against the managers should be dropped, it reasoned.

However, the European Commission recently dealt a blow to Uber's argument by ruling that it is a transportation, not a digital service company. That meant that France's laws were about rides, not apps, clearing the way for the criminal charges.

Member states may prohibit and punish, as a matter of criminal law, the illegal exercise of transport activities in the context of the UberPOP service, without notifying the Commission in advance of the draft legislation.

"Member states may prohibit and punish, as a matter of criminal law, the illegal exercise of transport activities in the context of the UberPOP service, without notifying the Commission in advance of the draft legislation," the court said in a statement.

Uber has toned down the pugnacious approach it took to local laws under former CEO Travis Kalanick. It voluntarily halted services in Athens and other cities to comply with local laws, and is offering ride data to select cities to aid in transportation planning.

"This case is about whether a French law from 2014 should have been pre-notified to the European Commission and related to peer-to-peer services which we stopped in 2015," the company told Engadget in a statement. "As our new CEO has said, it is appropriate to regulate services such as Uber and so we will continue the dialogue with cities across Europe."

It's clear Uber believes the laws are customer-hostile, though, and has long complained about discrimination against what it sees as "innovation." It would argue that banning everyone but taxis from using geolocation tech to show available cars in real time, for instance, does not benefit or protect consumers.

In any case, it's becoming more cooperative with governments out of necessity, not generosity, under new chief Dara Khosrowshahi. Uber has already dropped out of several markets, and risks losing London and others thanks to its past methods.

In this article: Court, CriminalCharges, ECJ, EU, France, gear, politics, Ruling, transportation, Uber, UberPop
All products recommended by Engadget are selected by our editorial team, independent of our parent company. Some of our stories include affiliate links. If you buy something through one of these links, we may earn an affiliate commission.