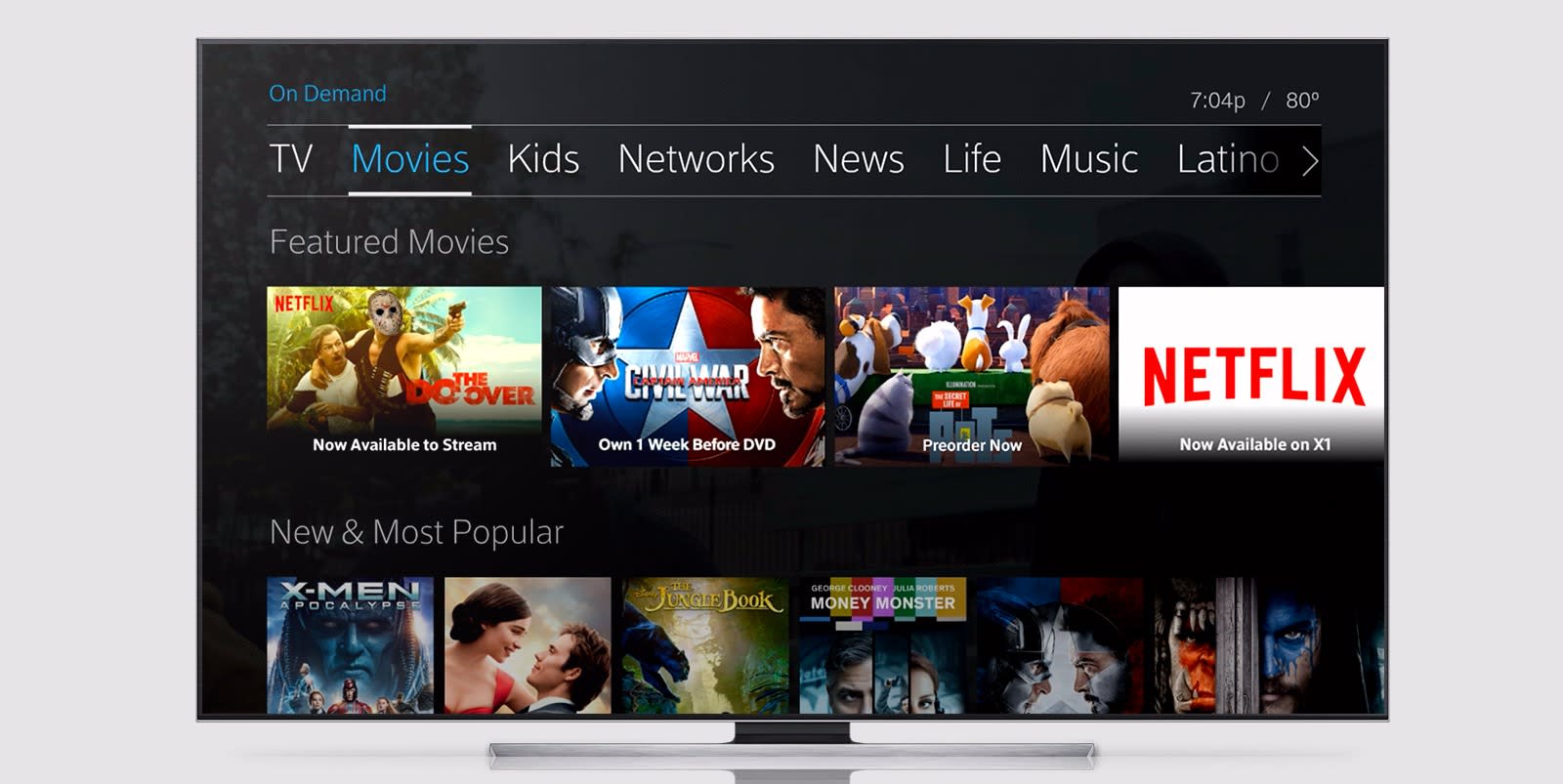 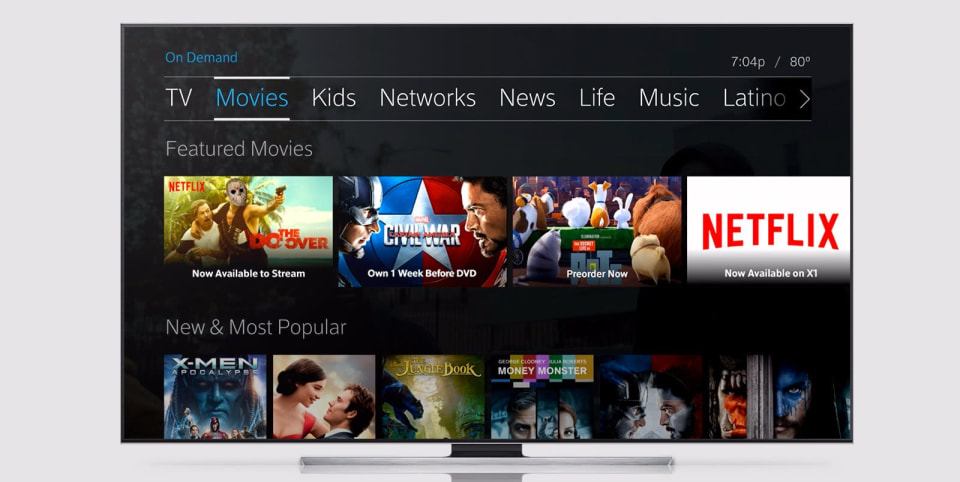 It may sound strange at first, but the latest option in Comcast's Xfinity cable bundle is... Netflix. Despite their differences, the two have forged a partnership lately, with the Netflix app included on Comcast's X1 platform since 2016 (with access by voice, universal search and recommendations) and already available as an add-on through customer's cable bills.

Comcast wasn't specific about the "new and innovative" offers it will roll out, saying they will vary by market and are available to both new and existing customers. No matter how customers pay for or access Netflix streaming, though, it still counts as part of their 1TB data cap.

If you're wondering why the two are taking this step, it's important to remember that Netflix CEO Reed Hastings has talked about Netflix being bundled into cable subscriptions for years. In 2012 there were rumored meetings between the two sides, and in Europe the arrangement already exists with certain providers. Just last summer Hastings mentioned on an earnings call that the company had increased interest in the area:

"...as you point out, we're now looking at proposals for including Netflix in some services and beginning to learn the bundling part of the business. We're doing a little bit of that in Europe already and it's been quite successful, thus we're interested in expanding that."

While concerns over cord-cutting would suggest the two companies see each other as enemies, Netflix is a popular service for Comcast subscribers. In their joint statement, the two said nearly 50 percent of X1 customers are "actively" using Netflix on the platform, and that in households that use the app via X1, it's the most-used platform for streaming Netflix.

Another factor is the potential merger between HBO-owner Time Warner and AT&T. Hastings has long positioned HBO as the competitor for Netflix, in terms of dollars and customer attention, and if Comcast needs any additional leverage in negotiating arrangements, having Netflix to swap in makes a lot of sense. U.S. antitrust officials suing to block the deal recently claimed Time Warner used HBO as leverage to put its other cable channels on YouTube TV and argued that AT&T could try to raise prices on its rivals like Comcast.

Netflix's global head of business development Bill Holmes said: "We can't wait to introduce more X1 customers to Netflix with Xfinity's new packaged offers." The sentiment is mirrored by his Comcast counterpart Sam Schwartz, who said: "Netflix offers one of the most popular on demand services and is an important supplement to the content offering and value proposition of the X1 platform."

On Netflix's side, this arrangement provides easy access to any customers who aren't already signed up for its subscription service (52 million in the US and counting) with someone else handling the billing and marketing. all while coming off the quarter with its biggest growth ever. Not a bad deal for the Albanian army.

In this article: av, bundle, comcast, entertainment, internet, netflix, reedhastings, services, streaming, X1
All products recommended by Engadget are selected by our editorial team, independent of our parent company. Some of our stories include affiliate links. If you buy something through one of these links, we may earn an affiliate commission.