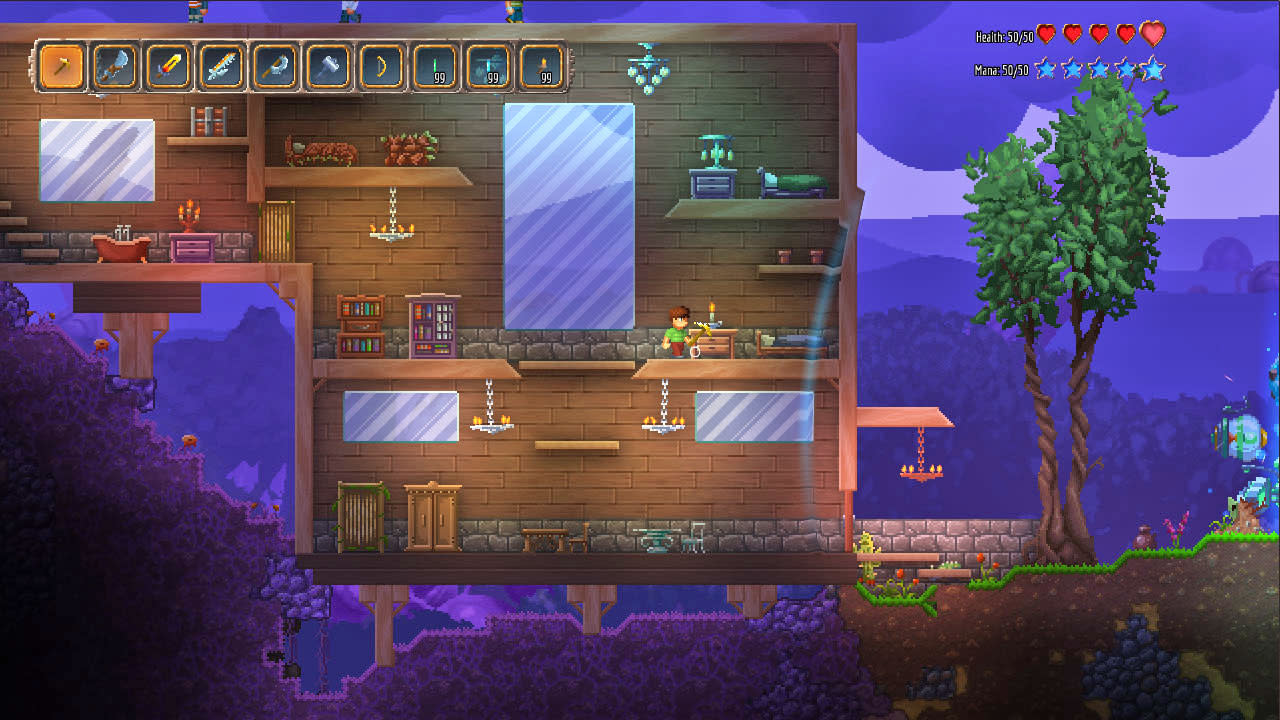 Terraria made quite a splash when it launched in 2011, that its creators ended up releasing it on Xbox 360, Xbox One, PS3, PS4, PS Vita, Wii U and even on mobile platforms. The 2D sandbox action-adventure title was so warmly received that indie developer Re-Logic announced that it's working on a sequel three years ago. Sadly, you'll have to make do with the original game, because Re-Logic has decided to cancel Terraria: Otherworld's development.

In an announcement post, Re-Logic explained that after a "very thorough status review of the game" with partner developer 505/Pipeworks, they realized that they're much too far from the finish line than they thought. There's still apparently a massive amount of work to be done, and finishing it would take too much time, enough to interfere with Re-Logic's other projects. The developers decided not to even try, explaining that they're not one to "compromise game quality for speed to market."

Re-Logic said that one of the things it learned from the experience is that it shouldn't have outsourced development for such a critical title. But if anything good came out of this is that the developer now has a ton of unreleased designs, artwork and sounds, as well as ideas that didn't make it into a full game, which it plans to use for future titles. Don't worry, though, the original Terraria isn't going away, and version 1.3.6 of the game is still very much in development.

In this article: gamecancel, gaming, internet, Re-Logic, terraria, terrariaotherworld
All products recommended by Engadget are selected by our editorial team, independent of our parent company. Some of our stories include affiliate links. If you buy something through one of these links, we may earn an affiliate commission.