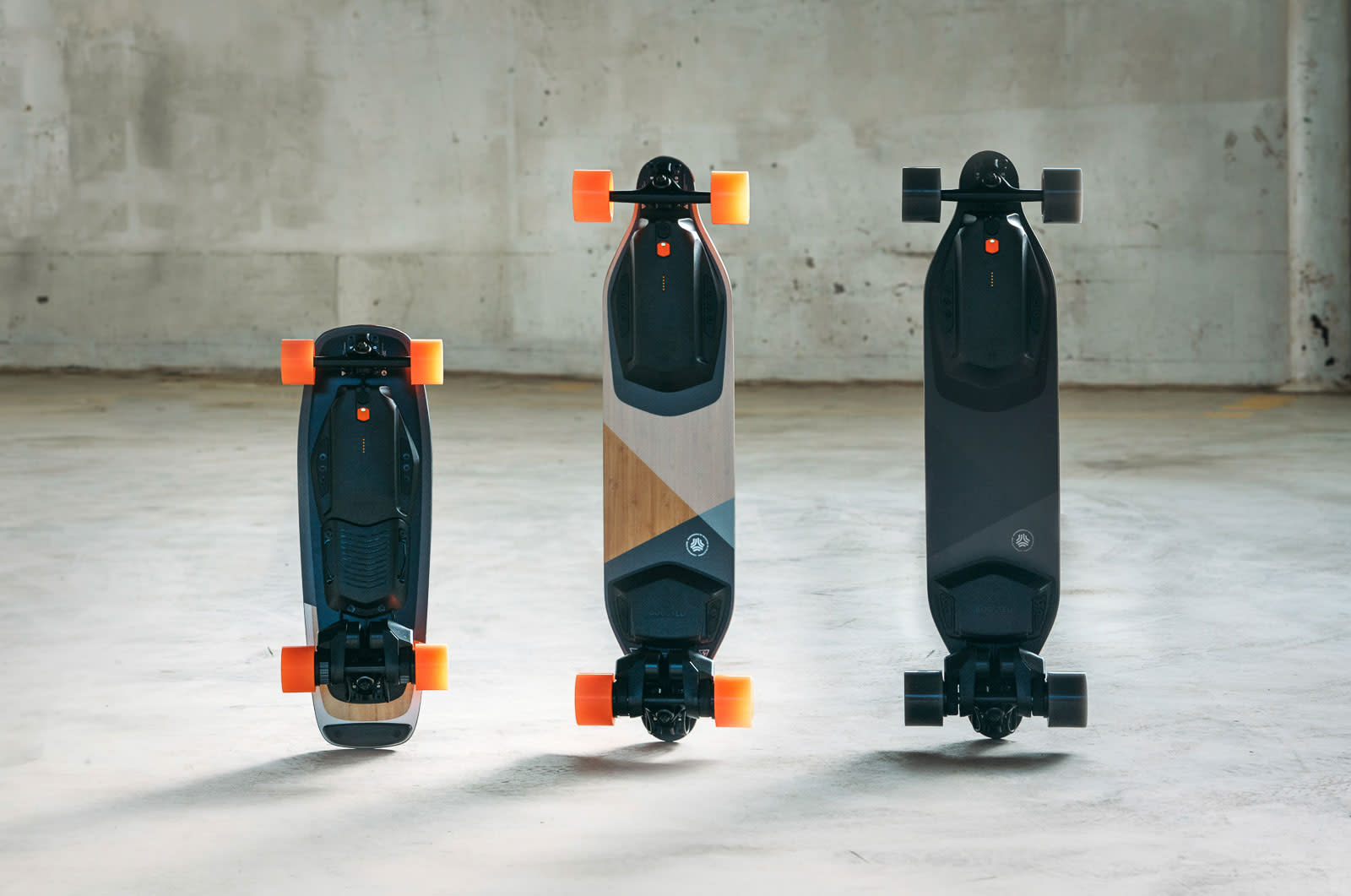 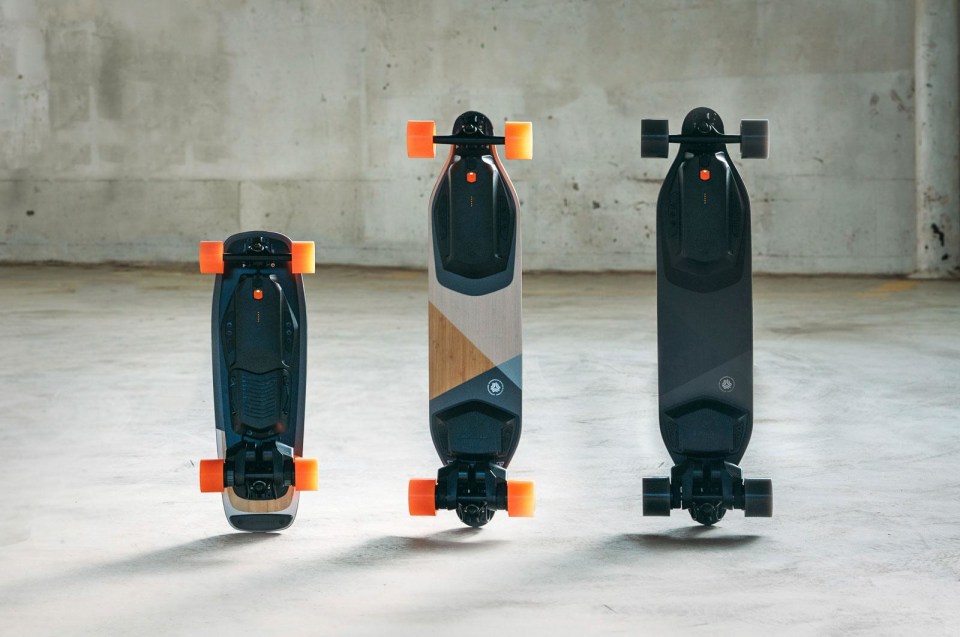 Boosted has been running some pretty sweet discounts on its line of electric skateboards lately, but those are days coming to a close with today's new product launch for 2018. There are four models this time around, and two versions are even smaller than your standard skateboard deck. That's the Mini, which will arrive in both standard (S) and extended range (X), along with two updated versions of the popular longboard model. Those are the Plus, which comes with extended range as a standard, and a premium Stealth version which comes with a speed boost and grey-toned color scheme. That grey will be the indicator for Boosted's premium versions, which also includes the upcoming Mini X.

We're looking forward to testing these out in the coming weeks and will fill you in on the details then. For now, let's take a look at the specs and what's new for Boosted and its business outlook for 2018. The company has dropped "Boards" from its moniker, which is emblematic of its shift towards transportation as a whole. There are no firm statements about what to expect, but it appears to be products for getting people from A to B in the age of electrically powered vehicles, at least for now.

Boosted is also now its own OEM for wheels, decks, trucks and motors. All of the decks are taking their cues from snowboard construction methods, using a composite build with lightweight poplar at its core wrapped in fiberglass. This is meant to dampen noise and provide a smooth ride, while still being light and snappy. Plus, all the edges are sheathed with a polymer bumper to protect against impacts.

The iconic orange wheels still exist -- unless you opt for a premium model -- only now they're sporting the Boosted brand. There are also re-designed trucks from Boosted, which are CNC precision machined instead of cast to increase overall strength. The remote control, however, hasn't changed one bit and I'm not mad at it. This is one of the more comfortable controllers I've tried. You're also going to get a slightly tweaked version of the same dual brushless electric motors on all these models. First up, and arguably the most interesting form factor of the bunch is the Boosted Mini. There will be two versions of this model: the Mini S (standard range) and Mini X (extended range). They will be the same overall size and look, albeit with the X rocking those premium grey tones and a fatter battery. The Mini is just shy of your average skateboard deck length, measuring only 29.5 inches long. There's a good amount of concave here, as well as a kicktail (with screw-on skid plate) which will all help you maneuver this board in ways that you can't with a longboard.

Now on to the more familiar form factor that Boosted has been known for: the Plus and Stealth longboard models. All the various previous models that Boosted offered have been rolled into a single Plus version. This comes with extended range as standard and four ride modes. It's still the same 38-inch deck length, but with slightly straightened edge lines and the new poplar and fiberglass construction with ABS edge bumper. Although the flexible bamboo deck has been transformed, you should still expect that bouncy yet smooth ride that Boosted's known for. While the Plus model comes standard with what were once all the bells and whistles, the Stealth takes things up a notch higher. The top speed has been bumped up to 24 MPH and there are additional ride modes as well. You'll be paying top dollar for the Stealth model, but considering it's still the same price as the previous Dual+ version, it's not too shabby.

The Boosted Mini S ($749) will begin shipping in May 2018 with the Mini X ($999) not far behind with an estimated ship date of June. The Boosted Plus ($1,399) and Stealth ($1,599) models are both slated to begin shipping in late May / early June 2018. All four of Boosted's new boards are available for pre-order starting today at the company's website and we'll have our own look at the Boosted Mini S in the coming weeks. Updated: Typos amirite? Of course the Boosted Stealth has 5 ride modes and not 3 as previously stated.

In this article: BoostedBoards, BoostedMiniS, BoostedMiniX, BoostedPlus, BoostedStealth, ElectricSkateboard, entertainment, gadgetry, gadgets, gear, green, hoverboard, transportation
All products recommended by Engadget are selected by our editorial team, independent of our parent company. Some of our stories include affiliate links. If you buy something through one of these links, we may earn an affiliate commission.